How to stop a water leak through concrete?

I live in a very old house and it was very cold and pipes burst everywhere.
When the plumbers came, I told them that they need to fix the leak from the upstairs bathroom and that we had to shut off the water supply because of burst pipes.

They fixed all the pipes in the basement, 1st and 2nd floor. It was a total of 56 pipes.
They demolished ceiling, broke open the walls, ripped the kitchen cabinets to get to the pipes.

When they finished with all the pipes and left, I started to take a shower in the attic and the water started to flow up in the 2nd floor shower and bathtub drains.
He came back to clean the sewer line with an electric snake.
It did not help so they said that they need to put a triple lever on the tub.

I am a poor student and already paid them $2700. That is what they charged me for fixing pipes and sewer cleaning.
They said that it would be at least another $1000 to fix the leak!
They said that they gave me a huge discount because they felt bad for me and that it was and still is a $10000 job. 2 people worked for a total of 30 hours.

I've been up for 5 days, 30 days without hot or cold water and I would appreciate any advice here. Did he do everything right?
Did he gave me a discount?
What else can I do to fix the leak?
Can water that started to flow up in the 2nd floor tub and shower drains be from broken pipes? 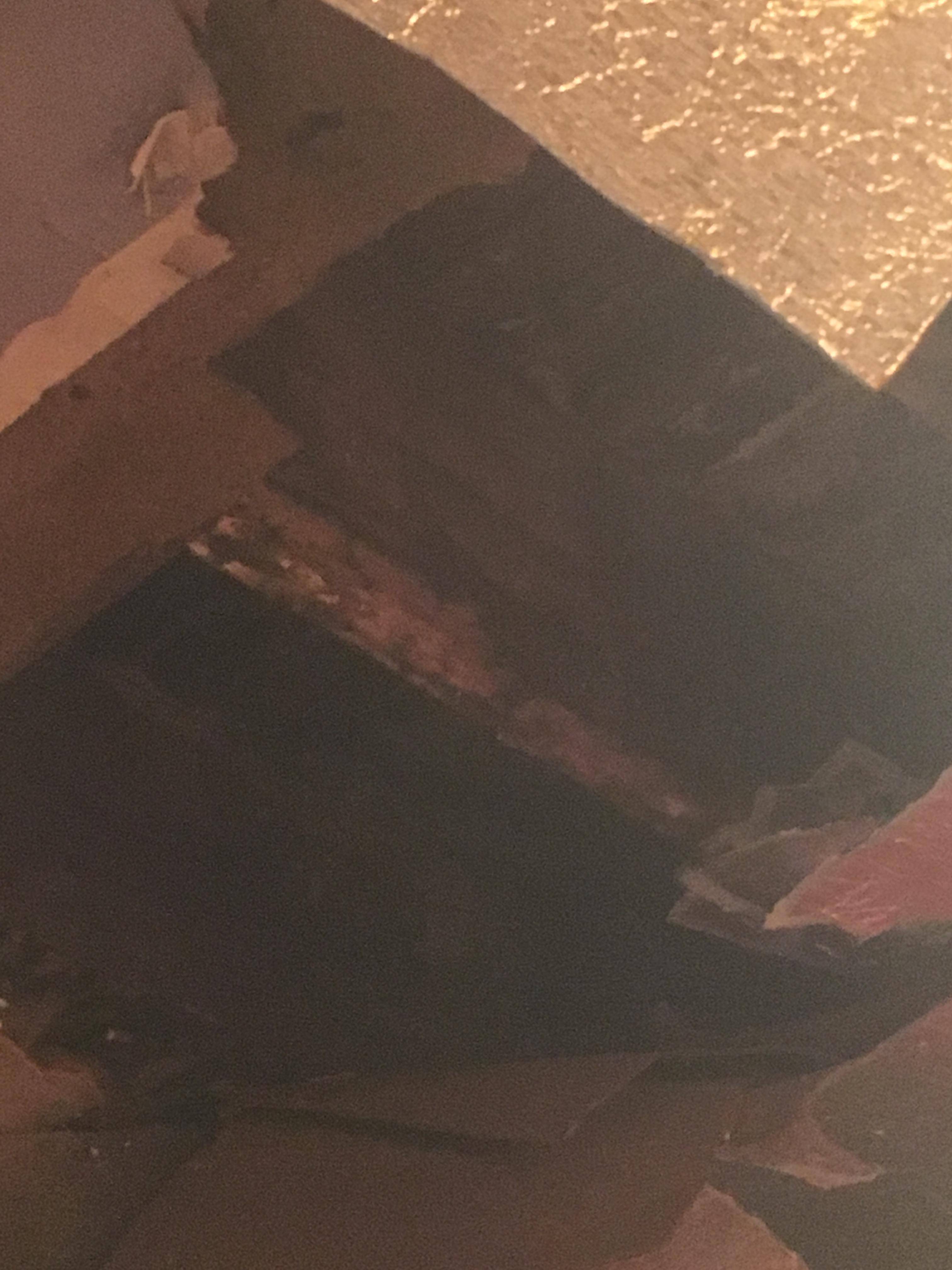 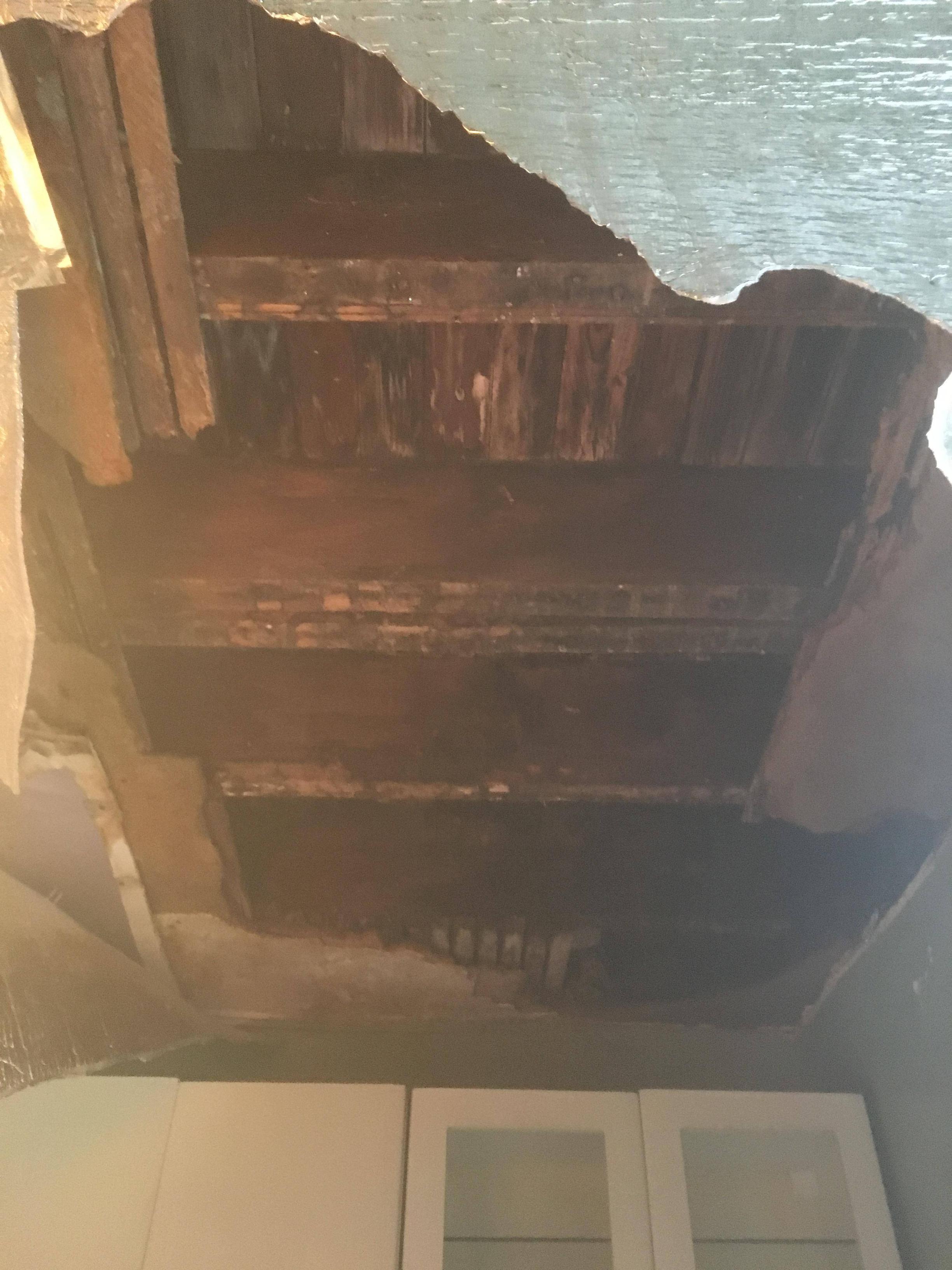 Several parts of your question can't be answered here, as they deal with costs with contractors. That said, a broken pipe would usually have water flow down, after all, water seeks its own level. If a drain pipe is broken in some way that clogs it, the water might come back up the drains.

As to what you can do, that depends on how big of a bite you're willing to take on. If you want to remove a shower, it can be done. Tearing up a floor isn't complicated, either. Putting replacements in is a little more difficult, but there are books and websites and youtube videos for any issue you face. The local hardware shop should be able to give you an idea of what you need and how it goes together when you get to that point. Your local code office can also tell you what they want to see as far as doing the job properly to code.

Goes without saying, but this is work that generally will require a building permit and probably an inspection.

Everything is done in the wrong order! (But not the DIY part)

Normal home ownership involves insurance, and your pipes leaking would normally be covered. HOWEVER, you can't randomly hire a bunch of plumbers and rip apart the building. You're suppose to call the insurance.

It's also weird that a "poor student" is living in a home that they own instead of renting... so that's another red flag... Are you renting? If you are, YOU'RE NOT RESPONSIBLE FOR REPAIRS!

In extremely few situations would you respond to a major water leak by calling a bunch of plumbers and ripping out walls. You either call insurance or you call the landlord.

What exactly is your living situation here?

Not the answer you're looking for? Browse other questions tagged ceiling leak or ask your own question.

3
Locating a leak, water on top of kitchen cabinents, under two bathrooms and drain stack
3
What could be leaking after installing a pet sprayer on a tub?
6
How can I locate and repair a leak?
1
Where could water be coming from inside the joint between bathtub and wall tiles?
0
How to fix a sewer pipe leak in a prefab concrete floor
1
Shower Plumbing or Concrete pan
2
Unusual tub leak
2
How to fix a leaking concrete ceiling?
3
Accidental plumbing leak. How bad is this? What should I have my contractor do?
1
Determine source of water leak