Leaves in concrete showing through

We had a new concrete driveway, sidewalk, and stoop installed in late November (it is now early January). The leaves were still falling around the time of the installation so I asked the contractor if we should be concerned about the leaves. He said they would blow them off if they fell on the concrete and the worst we might have is some discoloration. He said leaves in the concrete would not be a problem. Everything looked good after the pour and the contractor used a broom to create a non-slip surface. I did not see any leaves poking through the concrete.

We had our first freezing rain of the season recently and I applied a very limited amount of salt onto the worst of the ice patches. A couple of days later I looked at the concrete and noticed a couple of spots on the driveway and stoop where the concrete had flaked away. It may not be clear from the pictures, but where the concrete flaked away there is a leaf embedded in the concrete. I am not certain the the spots that are flaking are exactly where I put the salt. I am also not certain of when the spots started flaking. We are in the north-eastern United States and before the freezing rain we had a couple of weeks of temperatures at or below 10 degrees F.

So, I have a couple of questions...

I know salt is not good for concrete, but I have never seen it cause concrete to flake like this. Did the salt cause the damage, the recent cold, or was it the leaves in the concrete?

What should I do about the flaking spots? I will talk to the contractor but I wanted to do some research first. Are these flakes an indication of a poorly done job, are they something that can be "spot fixed," or should I just ignore them? 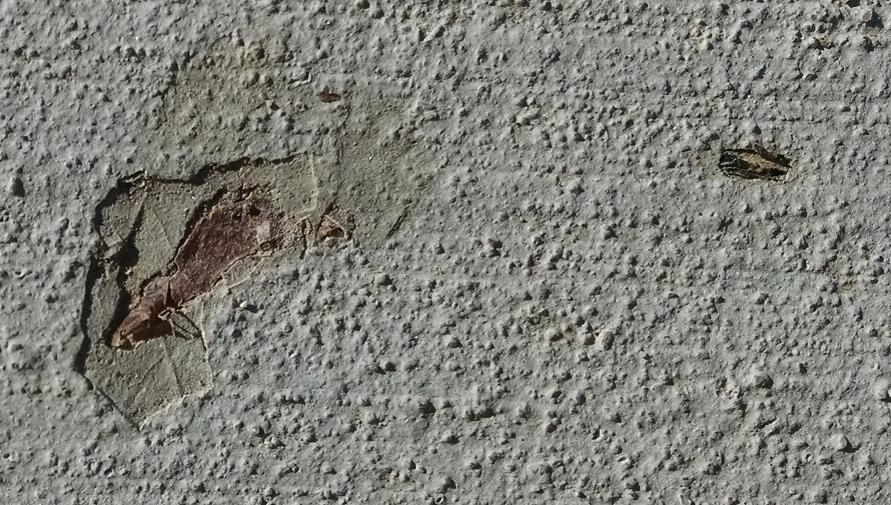 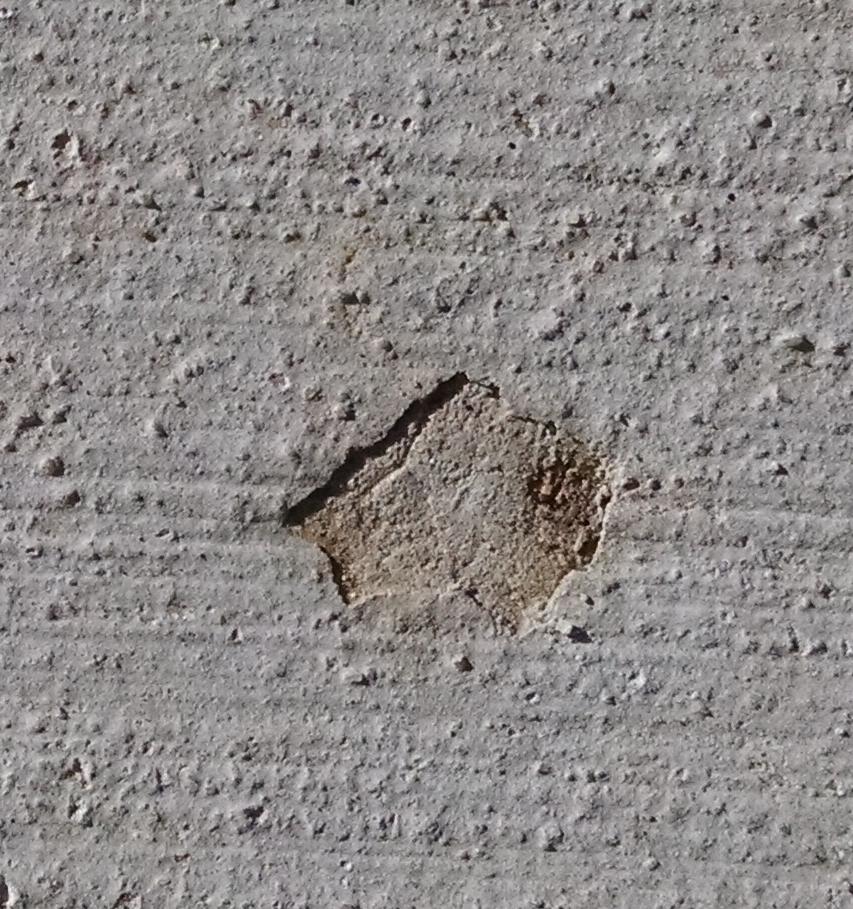 Browse other questions tagged concrete driveway sidewalk or ask your own question.

1
Can I fill sagging spots in my driveway with asphalt and hot tar?
1
Driveway crack repair work failed over the winter, how can I make it last?
1
Concrete question(s) about garage
0
Grass feed rust stains on concrete
3
Best Concrete for Pet Headstone
0
Can I build a gravel driveway over sand?
0
Drainage on side of new driveway
1
What are my options to level a concrete driveway?
1
Large concrete patio poured against the foundation - should it be tied to the foundation or not?