Reinforcement for Ledger Board on Bearing Wall

I'm helping a friend remodel an old addition on his house. We've uncovered a construction technique that may have been normal 60 years ago, but isn't up to the standards of today. I'd like to know if there is a simple remedy.

We are looking at a 2x4" (actual dimensions, not 3.5x1.5) ledger board that is face nailed in to the exterior wall studs, which are also 2x4". The ledger is not let in at all.

There are 2x8" floor joist for the 2nd story that are resting on the ledger. What this means is the entire weight of the 2nd story is effectively being loaded on the old nails that attach the ledger to the 2x4s! Talk about some sheer strength!

We've considered adding a wall directly below the ledger to help support the weight, but there simply isn't enough room to make that happen. We've also looked for some sort of Simpson Strong Ties that might add additional support, but found none. Even after calling the manufacturer.

Do any of you have any bright ideas that might help us out of this pinch? 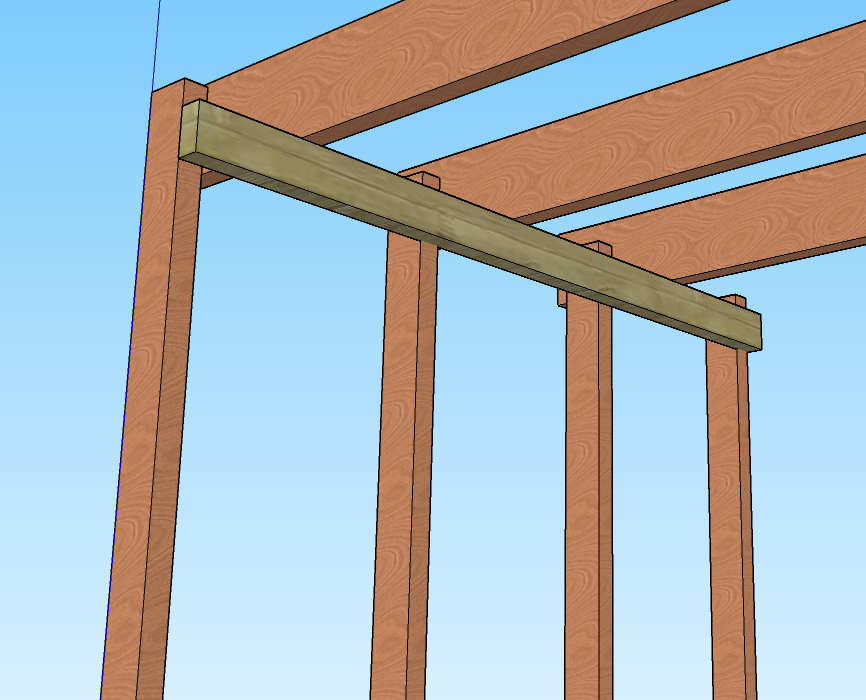 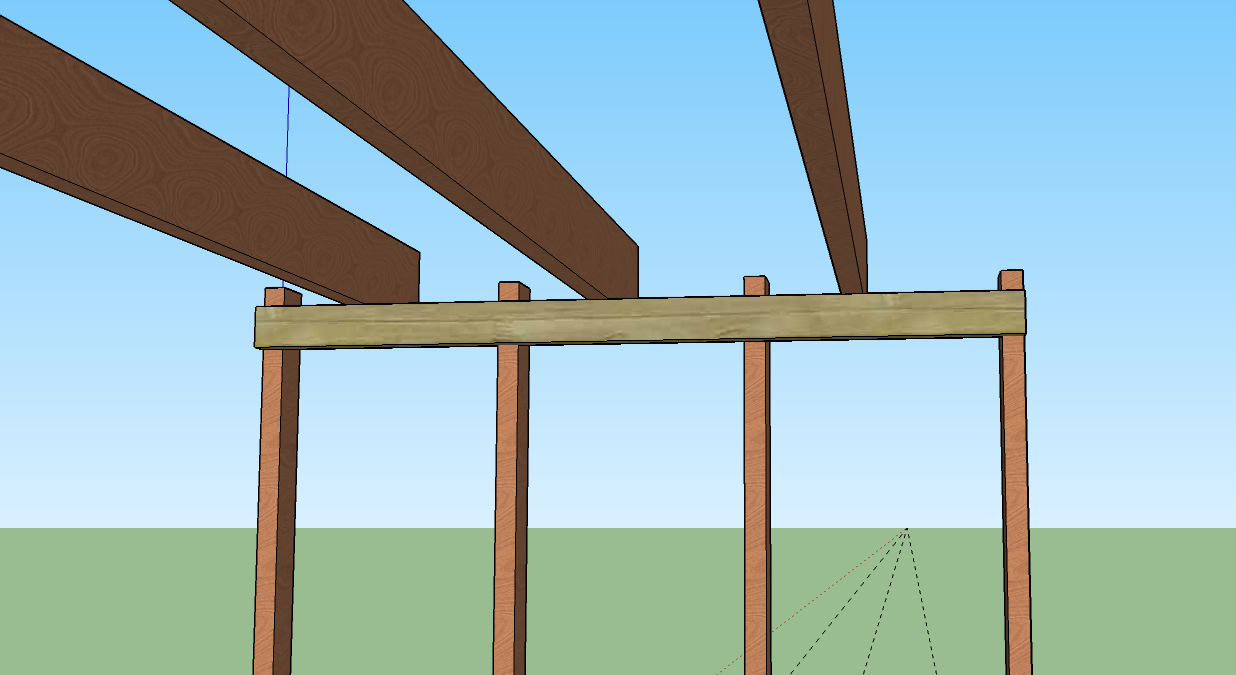 The 2x4 ledger is sufficient to support your 2x8 joists, but it needs 4 or 5 16d common nails per stud at 16" on center to be able to carry the load if it is only carrying the floor load and no roof load. Typically the framers would have also nailed the side of the floor joist to the side of the wall stud so the the ledger isn't carrying all of the load, but I'm not going to assume they did that.

If you are concerned about it and want to replace it, first add a temporary support (build a temporary wall) to support the floor joists, next remove the 2x4 ledger, and then replace it with a 2x6 ledger.

I'm suggesting to use a 2x6 ledger to give yourself more room for the new SDS screws to work at their full capacity. If you have the room and want to overkill it, then upsize to a 2x8 ledger and put 3 screws into each wall stud.

If it's hard to find those specific screws, you can use any other 3" to 4" screw if it is rated for 350 or more pounds of shear strength.

In case someone finds this question later, MiTek (who makes USP hangers and ties, similar to Simpson), has a technical bulletin illustrating the screw placement and minimum clearances for different 2x dimensions when attaching a ledger board to studs, with or without gypsum board: 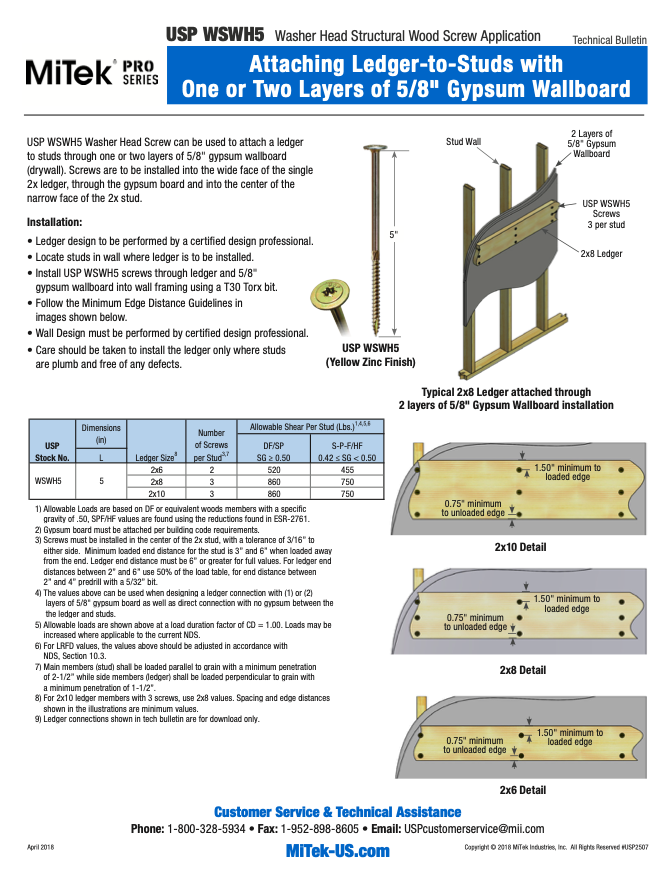 Not the answer you're looking for? Browse other questions tagged framing structural load-bearing renovation ledger or ask your own question.

6
How much temporary bracing do you need when cutting a new exterior door opening in an existing house?
1
How should I connect two beams to a post at a corner?
0
Design choice and max weight+bending for cantilever
1
Is it possible to cut a larger opening in this window / serving hatch of this pool house?
26
Seemingly overbuilt basement wall - load bearing?