I'm looking for the best way to restore appearance and seal a gap after a settlement problem. It's a 20 year old house with a flagstone courtyard surrounded by cultured stone walls. The flagstone was laid first on a concrete base. Then the stone was applied to the walls, overlapping the flagstone at the edges.

The courtyard has uneven settlement, leaving a gap ranging from zero in some areas, up to 1 1/2" in the worst areas (some of the gap is due to loss of the original grout). A couple of examples: 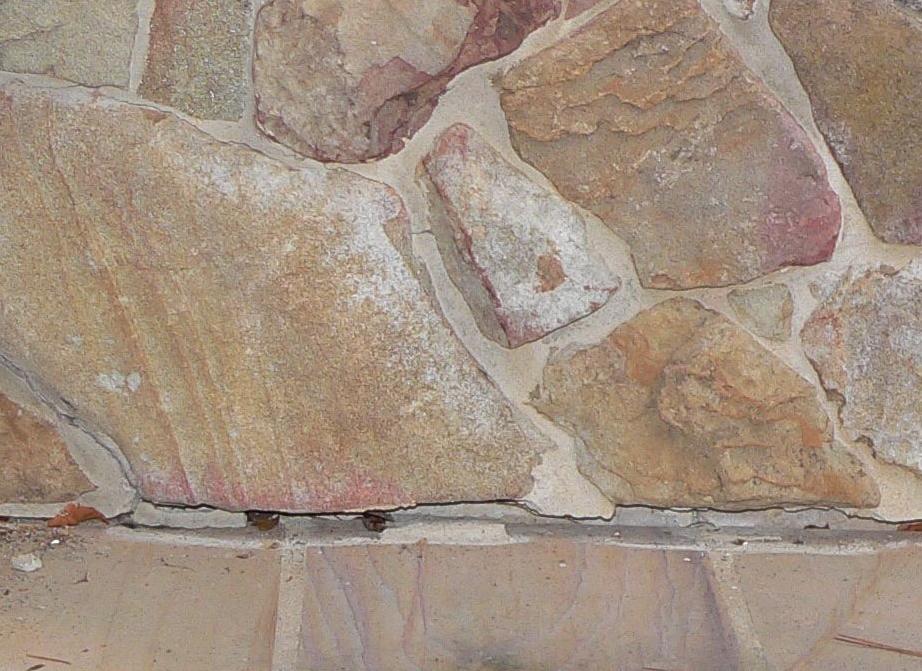 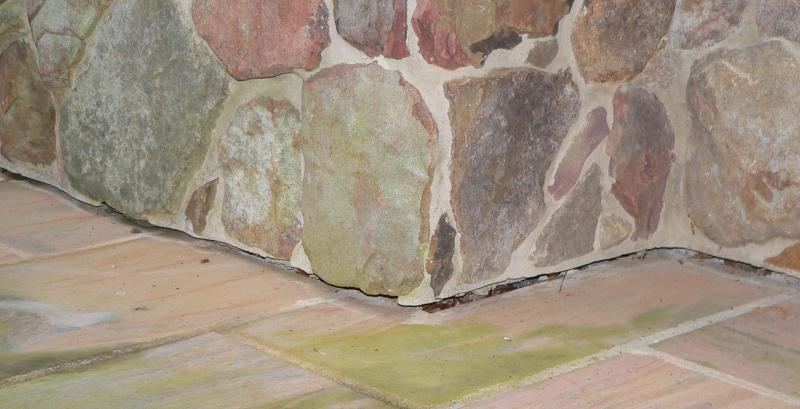 I suspect that the settlement is finished, but that isn't guaranteed (much of the gap became large within the last few years, although it could have been catching up on prior erosion). It's possible that some of the settlement was even caused by water getting into the original separation and washing away some of the underlying soil. So my objective is to both seal the gap and restore the appearance.

I can match the original grout and just fill the gap. If there is additional settlement, though, I'll have to redo it. Is there any way to fill the gap with something that would tolerate a small amount of new settling?

I contemplated something like backer rod and clear silicone caulk, and then sticking some grout to the silicone surface (embedding dry grout before the surface cures). That might stretch a little and still look enough like grout to not be noticeable. But if that doesn't work, it would be a mess to remove.

Is there a standard way to fix this kind of problem?

Here's the solution I settled on:

That closes the gap and mates with the settled flagstone. If there is future settlement, it shouldn't be as much and any new gap will be small. That can be filled with clear silicone, which will have some stretch if there is more settlement. The exposed surface can be dusted with the matching grout before it cures to look like the other grout.

Not the answer you're looking for? Browse other questions tagged exterior grout gap or ask your own question.

7
How can I seal the grout on kitchen wall tiles to give lasting stain and mold protection?
1
What can I use to fill a 6-10mm gap between ceiling and front door structure?
0
Fill a large gap
1
Fill 3/8" gap between wood and wall
3
what is the most effective way to grout between ROUGH, SMALL stones? (picture)
1
How to fill a gap between wall and ceiling?
0
Want to solidly fill gap between concrete and exterior door plate
2
How to fill in the gap between a door and a metal door frame