Update 3 Years Later: A Shark Bite expansion joint/coupling is working great. Been using it many times a day for 3 years and no problems. Firm, rotates easily, and doesn't leak. https://photos.app.goo.gl/nfRxwakV6ib7BKwG7

I'm trying to build an exposed copper (think steampunk) kitchen faucet. Everything is easy except the ability to rotate the faucet side to side, like to reach the left sink or right sink.

See the image below. This one does not rotate left and right. How could one make it rotate (and not leak of course)?

Ordinary "swivel" fittings/couplings only swivel until they are tight. Once tight they cannot be rotated easily by hand. And if they're not tight, they leak. 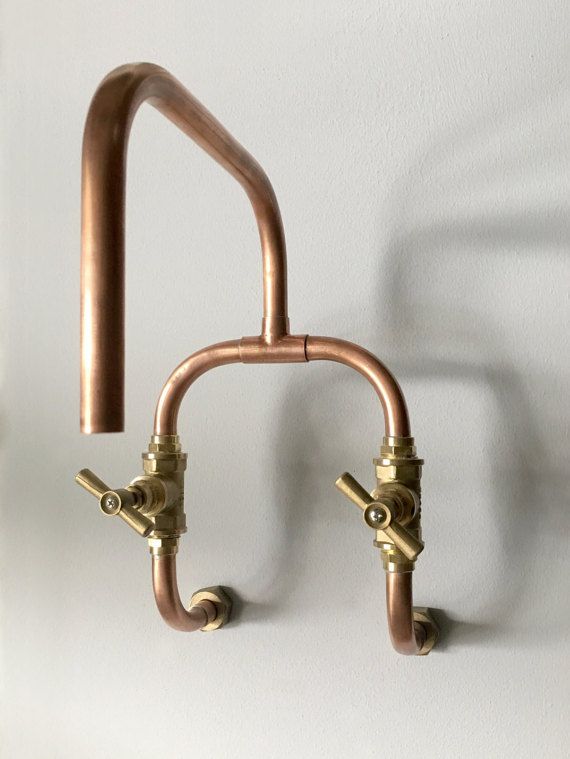 I would try to use a push to connect fittings such as shark bite . You could have a male threaded connection coming out of the Copper tee and a shark bite fitting with the female threads on one side attached to that which would allow you to rotate the outlet pipe back-and-forth.

I don’t know what the long-term affects would be on the rubber o ring inside The fitting by having it swivel back-and-forth. It’s worth a shot as the water supply would not be constant inside the fitting because the faucet handles will be off most of the time and if it develops leak you can replace it with another one easily.

EDIT: After poking around on the world wide inter-tubes i found these rotary unions i think they would work great.

If you want it "in that style" I think you'll be faced with making it.

Generically, you typically want something that's either sealed with an o-ring captured in a groove, or with packing captured by a nut.

There are many swivel fittings in the marketplace that swivel without leaking, though they are are probably more common in compressed air service than in water, where the typical thing that swivels is a kitchen sink faucet and most folks simply purchase one of those.

Probably the most common "water" swivel in most hardware stores would the quick-disconnect fittings typically used for portable dishwashers or washing machines. A garden-hose swivel might also be found, with or without a quick-disconnect feature. Those are typically designed to thread onto standard faucet and/or hose threads, so you'll have to modify them to use on copper tubing. You may be able to find plain brass rather than chrome-plated parts, if you search.

Use an anti-twist brass swivel joint like you would use in a pressure washer hose to handle connection. There are also swivel connections available for flare gas connections too, so that is another possibility. Quick-connects would work too. You'll probably be able to find one to work that is intended for pneumatic, water, or hydraulics uses. 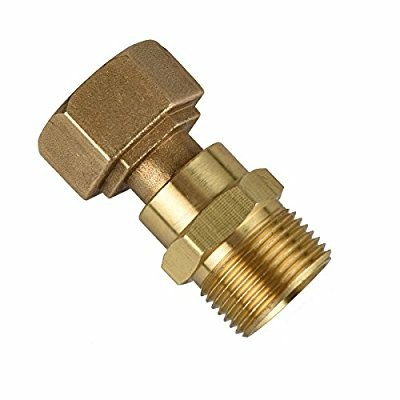 Not the answer you're looking for? Browse other questions tagged kitchens faucet or ask your own question.