I recently had a sewer line replaced, and part of the walkway to the house was dug up. I'll be getting a new walkway put in sometime in the summer, but until I do, and especially when the spring arrives, I'd like to have something to temporarily act as a walkway instead of the mud that currently exists.

The area to be covered (roughly) is marked in red in the photo below. I don't care about aesthetics, but am looking for suggestions of how to make a cheap temporary walk. 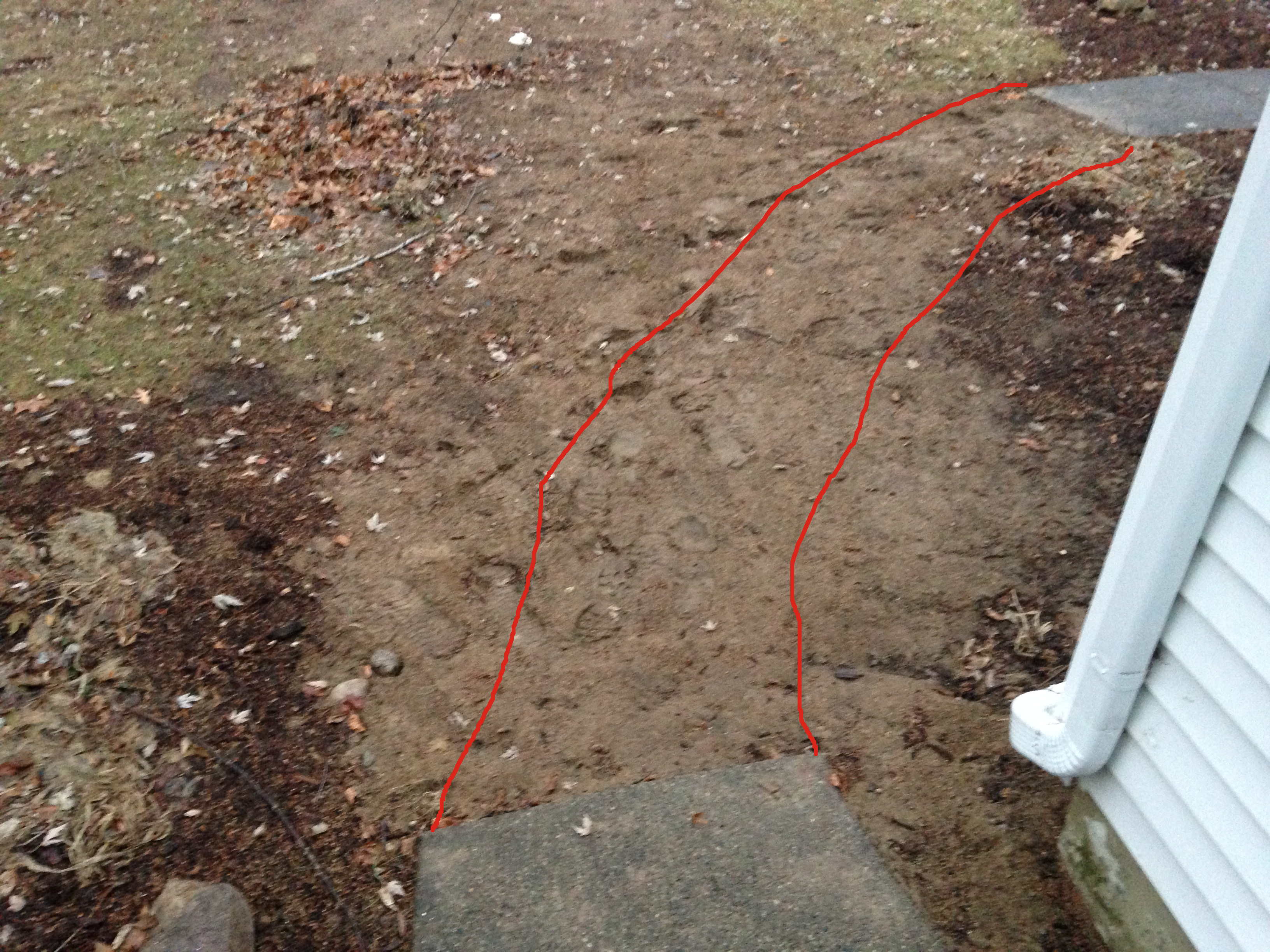 Your local home center(Lowes/HomeDepot) should have 12inch x 12inch concrete patio blocks for about $2 each, even less if you find some with chipped corners. Since it is a short term project I would just lay them on the dirt following the original line. The blocks should spread the load enough that they won't sink too deep into the mud. When it's time to get your new walkway, just pick them up.

Not the answer you're looking for? Browse other questions tagged patio materials temporary or ask your own question.