I would appreciate some help with a problem I'm having. Here's what my layout looks like:

I have 2x8 floor joists spaced 16" on center under the main floor of my 2 story home. There's an area with a basement window that sits at the same height as the joists. The 2 joists in this area were cut and tied into a header made up of 2 sistered 2x8s which then forms a box around the window. The span of the header and box is less than 4ft wide.

We had an overzealous AV installer running cable in the basement and basically he drilled a 7/8" hole through the 2 sistered 2x8 (that form the header end of the box). The bottom of the hole is 1 1/8" from the bottom edge of the 2x8s. Obviously less than the 2" required by code. The hole is located about 4 1/2" from one end of the header (ie where it ties to the supporting joist).

What I'm trying to determine at this point is whether I need to rip out the drywall and try to build in some additional support. At 7/8" it's a not a very large hole, but I worry about the 1 1/8" from the edge and the fact that the load from two joists are tying into this header.

No sagging or any other issues at this point as this just happened yesterday.

Do you guys think I'm going to have issues with this?

I've included a sketch of what that side of the house looks like from the perspective of looking up at the floor joists from the basement: 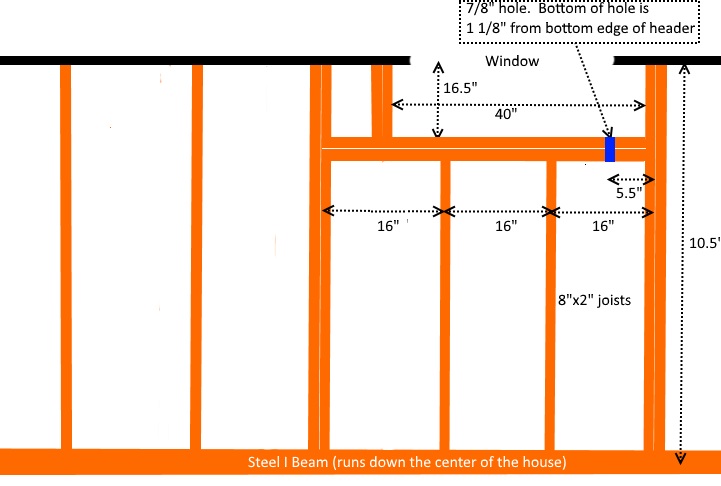 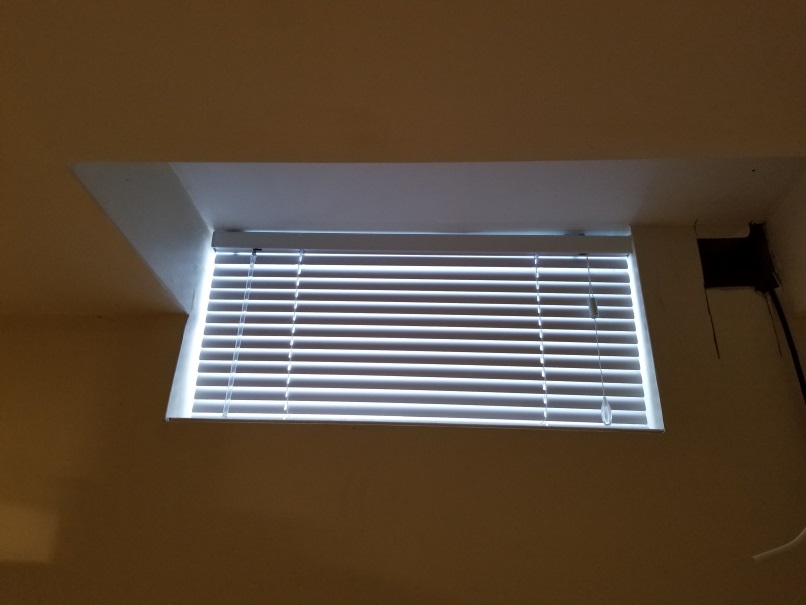 Generally, short spans are limited by shear, not bending. Your “box header” will support about 800 - 1200 lbs. per linear foot, depending on the species, grade, etc. of the wood. Can you fill in some info?

You say, “two story home.” What rests on that bearing wall and header? (1 floor, 2 floors, 2 floors and a roof?) What is the span of the joists that rest on the header?

Not the answer you're looking for? Browse other questions tagged wood basement framing or ask your own question.

5
Can I hang a hammock from basement joists?
6
Would drilling a small hole through joist / sole plate cause structural problems?
0
Why would my garage have separate ceiling joists suspended below larger floor joists?
1
Boxing out floor joists when using 11-7/8 I-Joists?
1
One wall parallel with joists
1
Can I attach wall studs directly to sleepers on the ceiling joists for an angled climbing wall?
1
Proper window header for 6-foot window & understanding the span tables?
1
Do I need to improve structure above basement window?
2
How do I meet the 7 foot ceiling requirements in my basement when the bottom of my joists are only 81 inches above the floor (3 inches too much)?