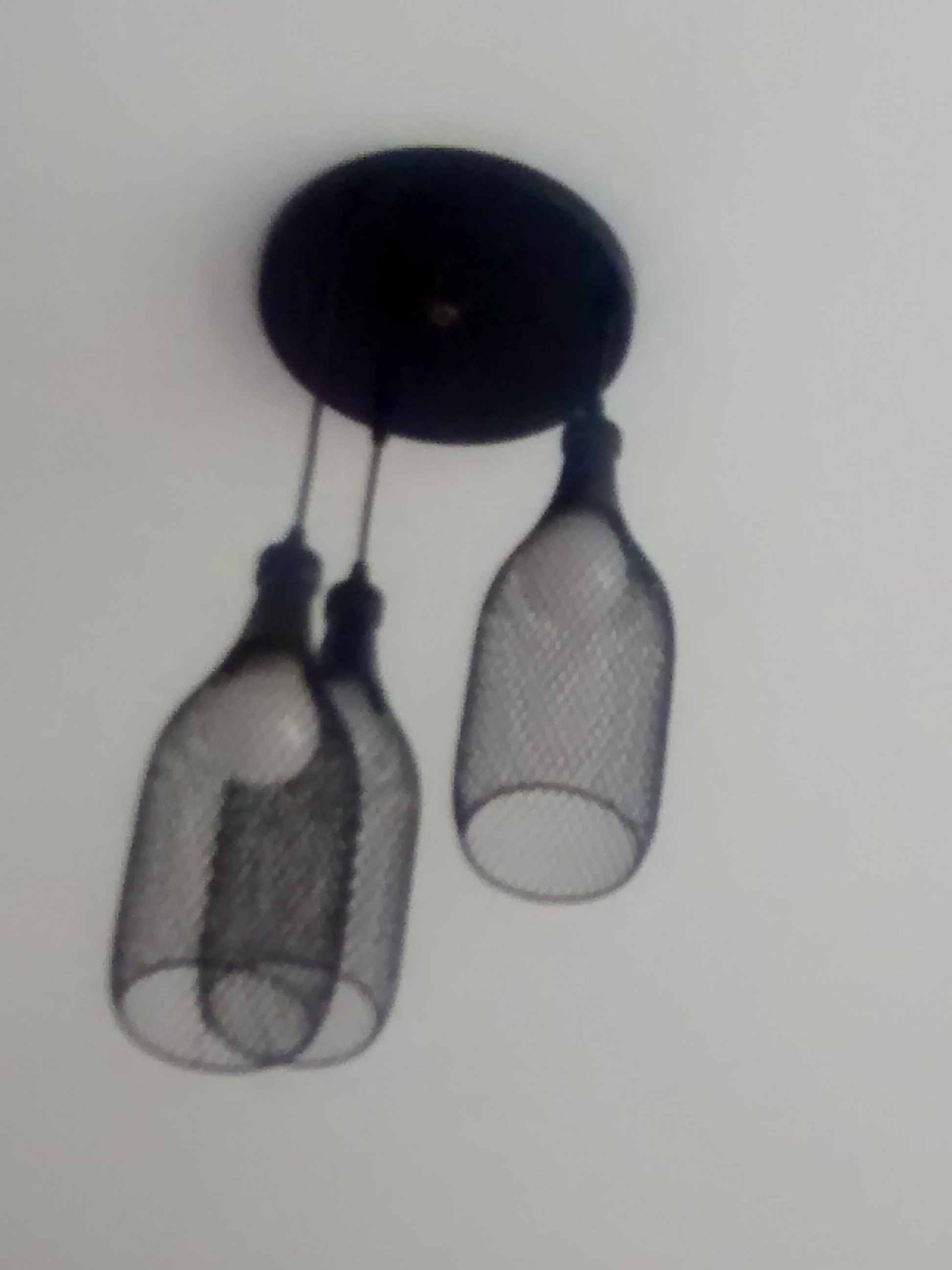 I turn it on, it right away makes a metalic click coming from ceiling. It then at times continues to make that same sound irregularly, even after turning off the lights. I can't sleep because of it. It stops after an hour.

Facts about the ceiling lamp:

I don't like to hear that you have a ticking sound, possible heat expansion. It is clearly not installed properly with old support eye still in place. I recommend a complete proper redo of hanging of the fixture. Make sure all connections are clean and tight. Get all obstructions out of the way. And no pinched wires.

Not the answer you're looking for? Browse other questions tagged electrical lighting light-fixture ceiling or ask your own question.

1
Why would lights plugged in to lamp holder outlet adapter be testing as live?
0
How Safe is this 5-way ceiling lighting DIY install
0
A hanging lamp makes buzzing sound when on
0
Why did this device blow the main fuse?
0
Light Fixture - power but no light
0
No place to put base for a ceiling lamp
2
Can I add cords to recessed light fixtures to make them portable?
0
Unknown LED fixture replacement identification
0
LED lights on (dimly) with only one electrical line connected?