Are floor joists allowed by code to be notched at the ends?

I'm repairing termite damaged floor joists in the crawl space a 1940s house. At the chimney, there are double 2x10 trimmers and headers as you would expect but on each side of the chimney one of the joists tieing into the headers is a 2x12. The ends are notched at the sill plates and they aren't under bearing walls. I can't find any current code requiring this and the way it's notched it may as well had been a 2x10. Is their a reason for this one joist to be a 2x12 or was this just something that's no longer required?

The stress on a joist reduces substantially near the ends. For this reason it's often the case that engineered joists have a narrower (shorter) bearing point. Take top-hang truss-joists, for example: 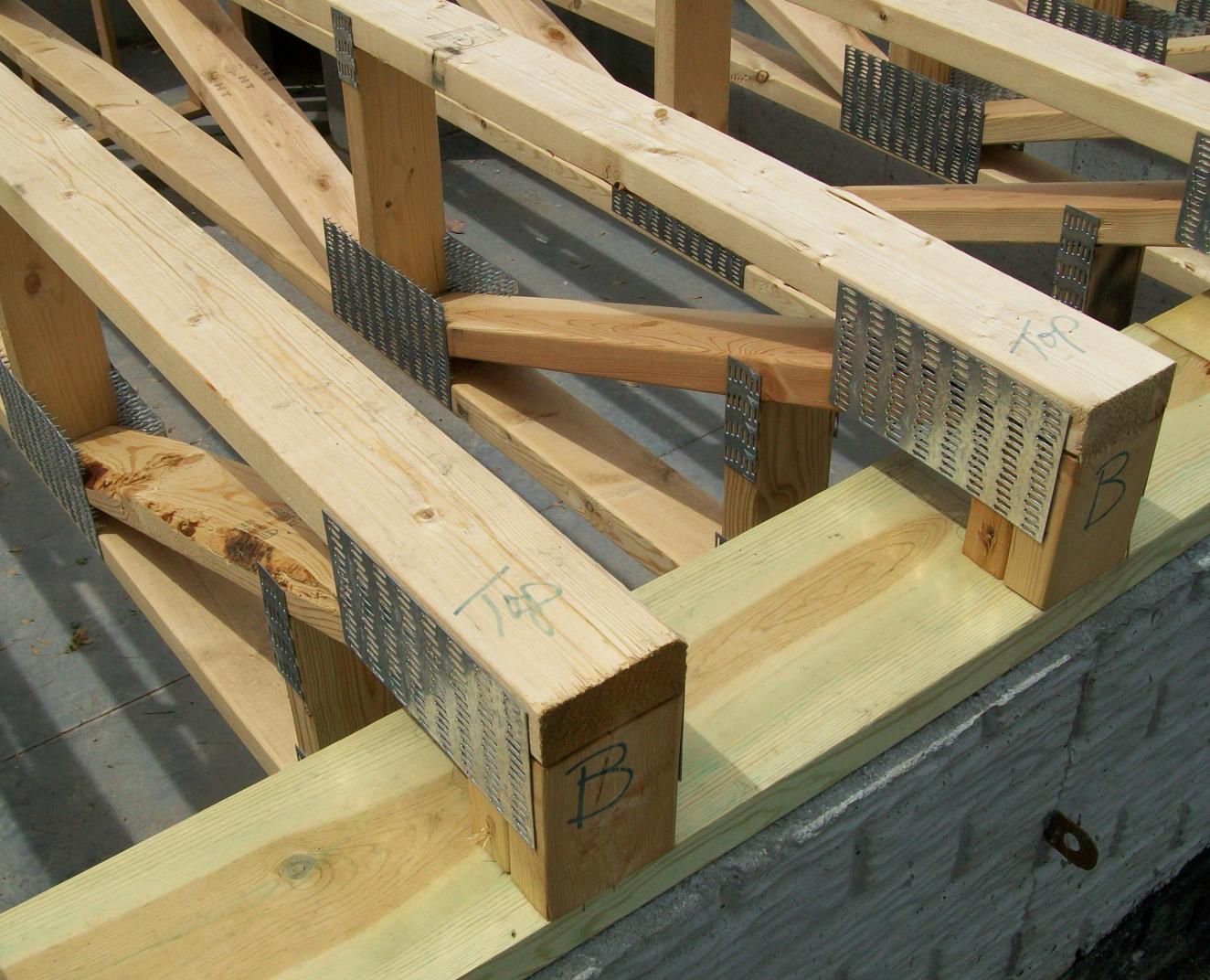 Another example is the typical rafter truss. Obviously those are very small at the ends.

Whether your situation meets any sort of code is somewhat irrelevant. It's a 1940s home, after all. The bigger question is whether it works, and apparently it does. The joist is larger than the others probably because it has a wider spacing due to the chimney, or because it carries some additional load.

If you're concerned about passing inspection, have a conversation with your inspector. (S)he will specify whether replacing like-with-like is adequate, or whether you'll be required to get an engineer to sign off on a modern approach.

Not the answer you're looking for? Browse other questions tagged joists carpentry or ask your own question.

1
How do I lay joists over a complex-sloped basement floor
2
Joists have different height
3
Why does the maximum deck overhang sometimes decrease with joist spacing?
0
How to properly double on ceiling joists
2
Running wire through sole plate and joist at an angle
1
Span calculator using arbitrary spacing?
1
floor joists splitting at non-beam end
1
Contractor cut joists short (followup to earlier question)