What happened to my garbage disposal?

I have an In-sink-erator model garbage disposal with a black plastic housing. After fixing a jam (a shot glass that fell into it while running, quite destroying itself), I noticed that there was water appearing under the sink. I traced it back to the side of the unit where a small ~3 mm/0.125 in hole has appeared. Additionally, there is some white crud building up around the attachment ring and around this hole. The plastic itself appears to be corroded, as it has a rough texture near where the white crud is. 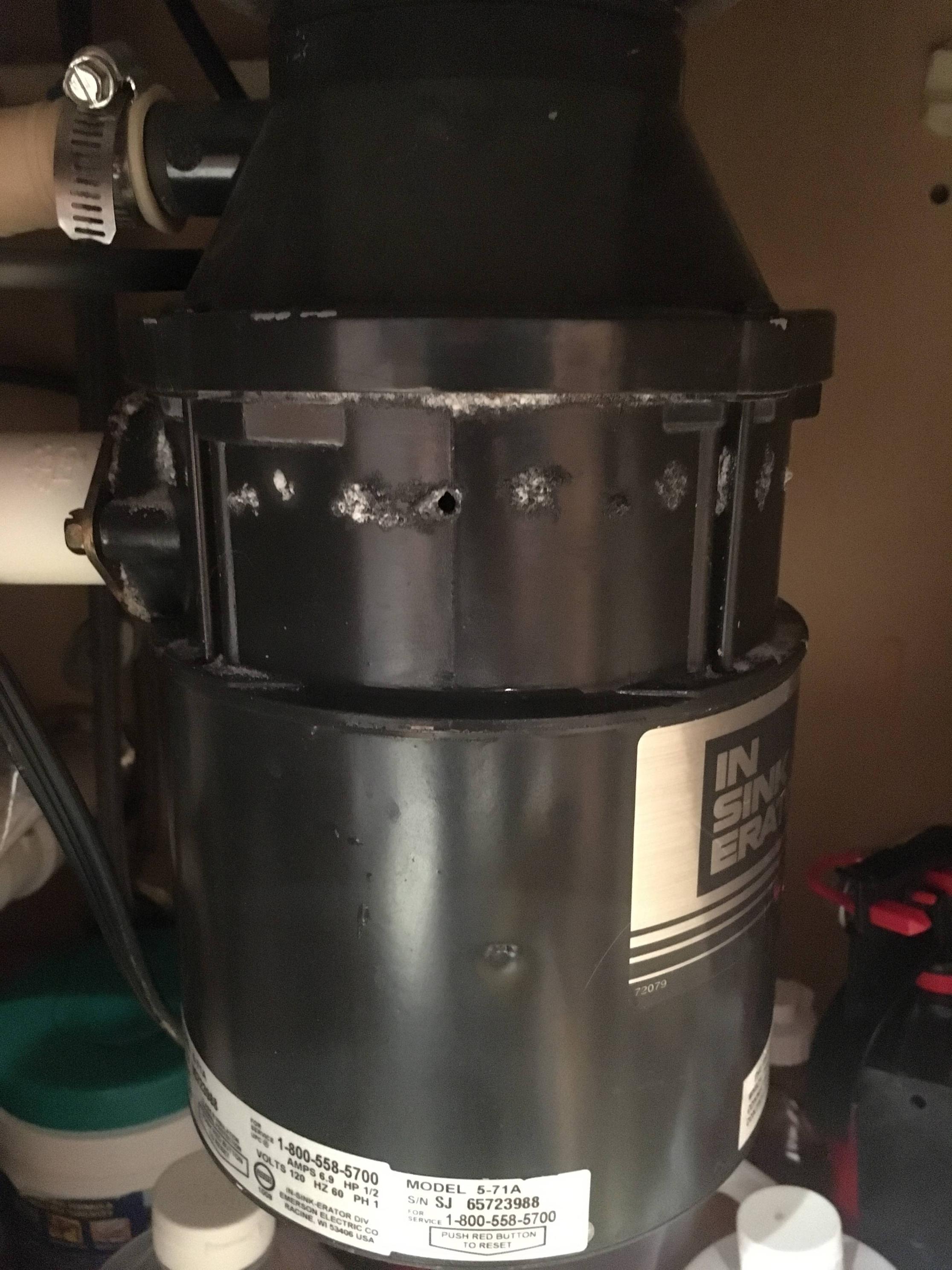 When a large enough volume of water goes down the drain or the disposal is run with water in it, water comes out of this hole at rapid pace.

I'm set on replacing the unit, but I'd like to know what caused the corrosion to hopefully prevent it in the future. We keep a number of cleaning supplies under the sink – vinegar, liquid bleach, carpet cleaner and deoderizer, powder dishwasher detergent. I thought the powdered cleaners such as Comet and AJAX were what you had to keep away from plastic plumbing, is that accurate?

a shot glass that fell into it while running

It's pretty obvious the glass shattered and chunks were flung against the wall. Note how there's a line where the hole is. Since the bottom of shot glasses is thicker than a normal glass, it probably got enough velocity to puncture the wall (and you're lucky that's all it did)

Looking at the image it appears that the housing is some type of cast metal. The white residue is typical of corroded aluminum. My guess looking at the line of white spots is that"s where the glass hit the inside of the housing. It may be that the corrosion has been going on long term and the glass was the final straw. Not all dishwasher detergents are friendly to aluminum. If this is true of your detergent, it may have accelerated the corrosion.

Not the answer you're looking for? Browse other questions tagged garbage-disposal corrosion or ask your own question.