Have kwikset deadbolt with interior knob with setscrew is not coming off after setscrew has been removed why?

Kwikset deadbolt interior knob with set screw removed yet knob will not come off, what else can I do to remove the knob?

Deadbolt: I’m assuming what you call the “set screw” refers to the two long mounting screws on the inside side of the door lock, by the thumb turn assembly. 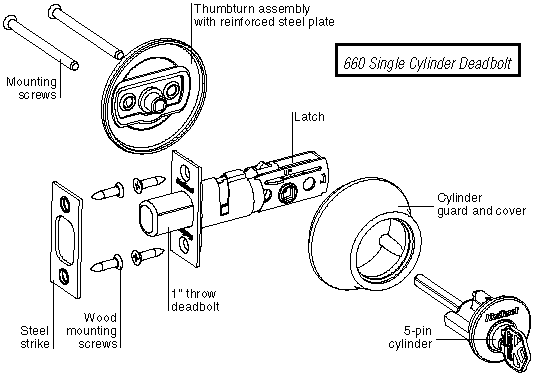 You should be able to remove those two long screws and the thumb turn plate should come right off. The lock cylinder assembly on the front of the door should then be removable. Finally, when the front and rear are removed, the deadbolt mechanism can be removed from the side of the door.

If the rear or front don’t easily come off, often it’s because they were painted over or applied when the door paint was fresh. A very gentle rap with a non-marring hammer should knock them off. I often just use a block of wood to soften the blow and rap gently.

You can also try to cut the seal or pry them off with a razor but it’s easy to mar the surface of the door.

Knob or handle: if you’re instead referring to a locking doorknob, you again remove the two mounting screws (they’re not easily visible in the schematic below but they’re roughly in the same place and roughly the same length as the deadbolt above) and the handle assembly should pull right off. 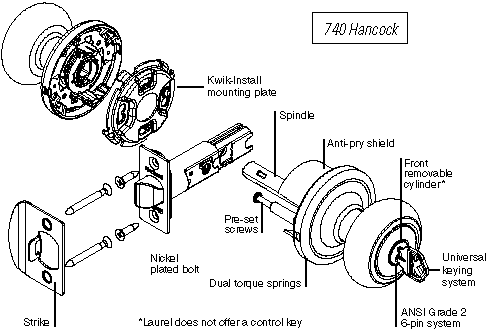 There’s no need to try to remove the handle from its base.

Again if it feels stuck, it may be glued on because it was painted over or applied in wet paint. A gentle tap with a non-marring hammer or block of wood should take it off.

Note: both sets of schematics from Kwikset’s website. Fair use claimed.