Can I connect a shared neutral to my Wemo smart light switch? 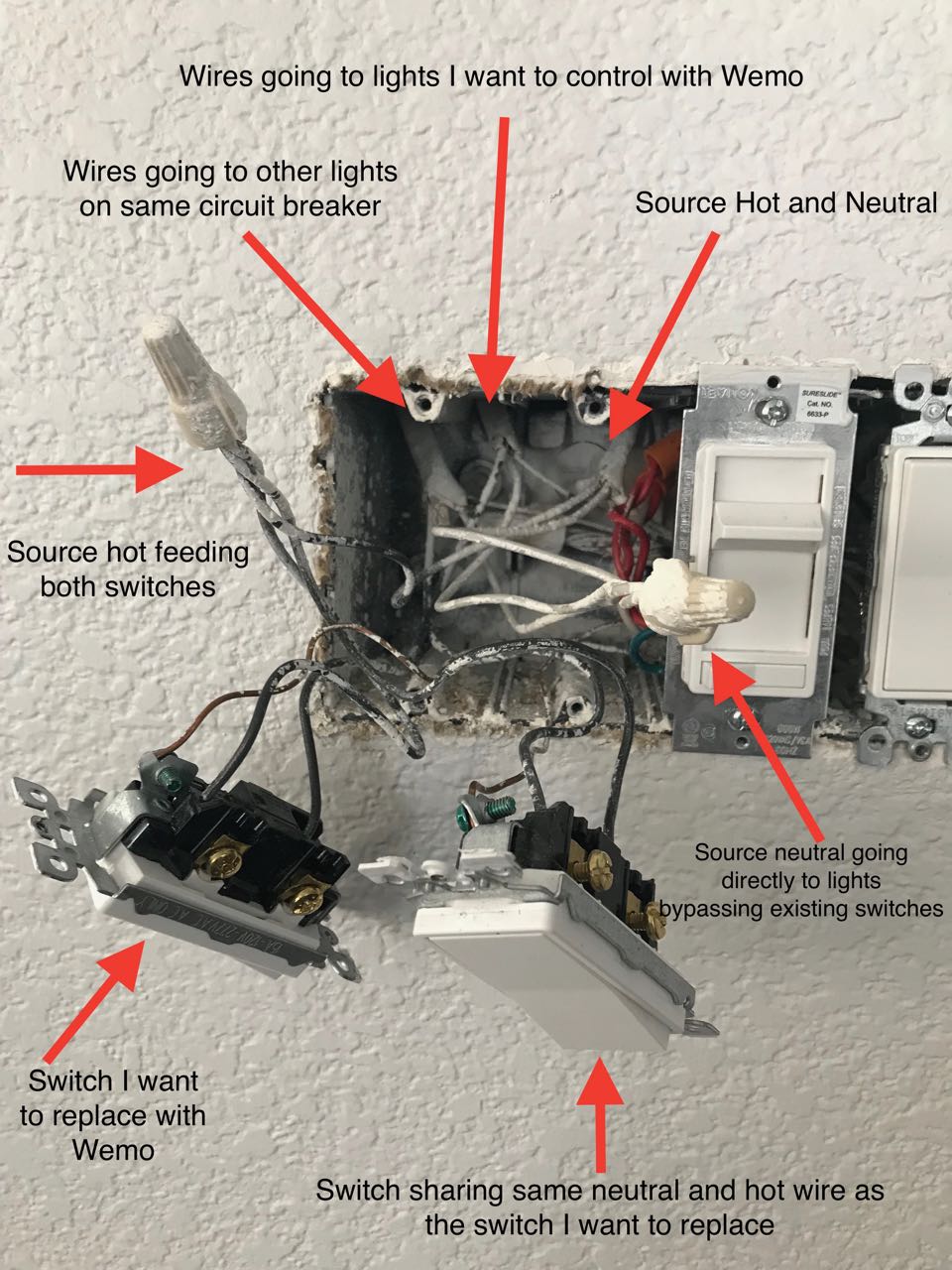 Both switches depicted in the diagram are controlled by the same breaker. The other two switches in the box which aren't labeled are controlled by two other breakers. Since I only want to replace one of the switches with a Wemo light switch, can the Wemo share the neutral wire as the second switch that I am leaving in place? Currently the neutral wires are going straight up to the lights bypassing the switch, so I wasn't sure.

Yes, you can connect to the same neutral that's currently part of the switch circuit (the source neutral, really). Be sure to leave all existing neutral connections intact.

Not the answer you're looking for? Browse other questions tagged electrical wiring switch light or ask your own question.