The 4th is wired just like the rest- white to white, black to black, ground to ground and works fine when the light is unmounted (hanging from wires).

However, when I connected it to the box, the Cbreaker tripped- I imagined I had somehow damaged or inverted a wire, however when I dropped the fixture all looked well and the light worked after the circuit breaker reset.

So I imagined that maybe a surge had taken place and tried the whole thing over again- This time there was a spark at the screw that connects the light base to the box before the breaker flipped. Light still works fine when unattached to box.

So I stopped and can't imagine what is going on-

I was thinking that since this is an old house, maybe black and white are reversed- However, if this was true, why didn't the previous fixture short and why did the other new installs work?

I do have a nice LCR multi-meter and I would really appreciate any thoughts to diagnose and fix! 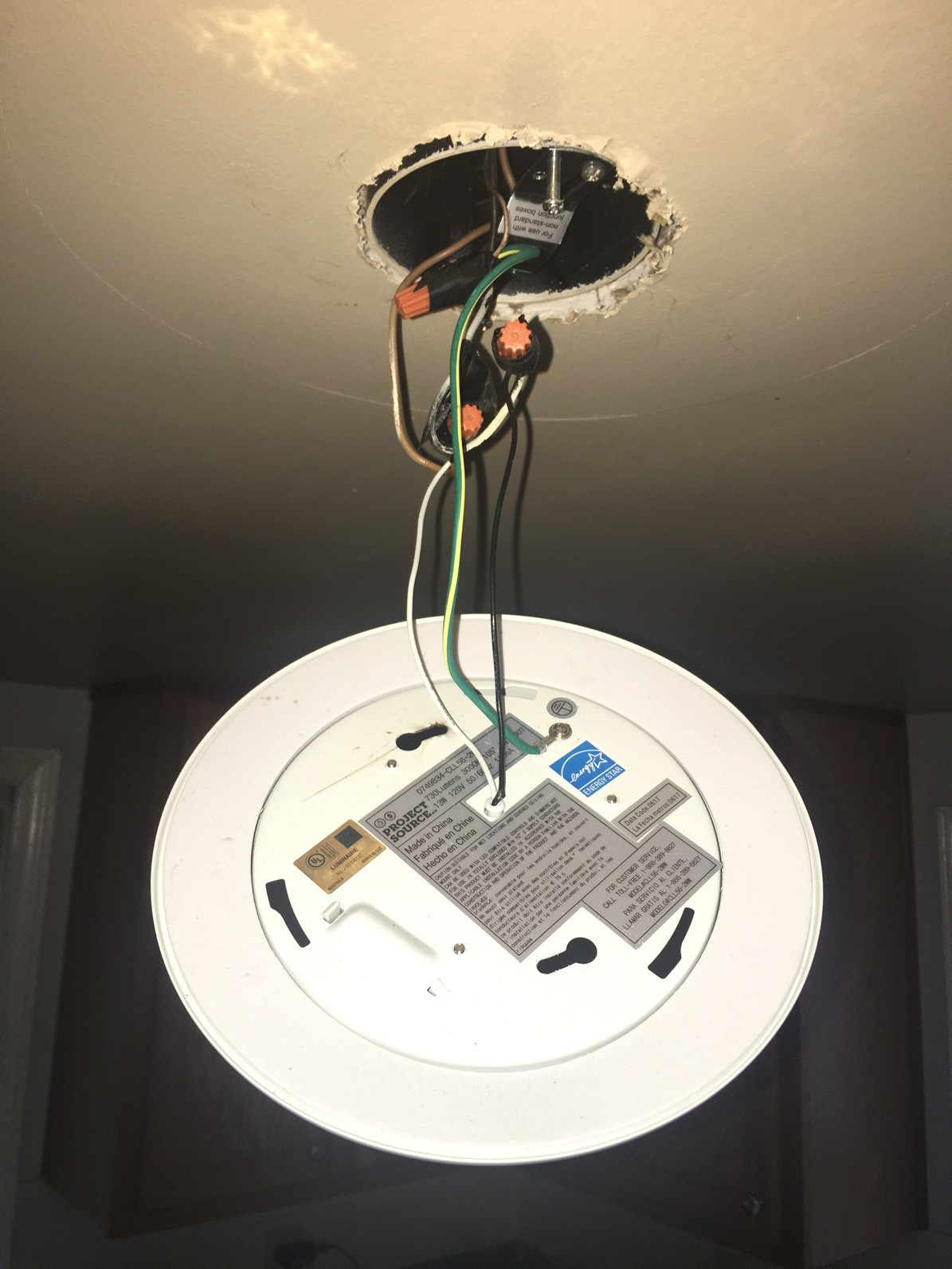 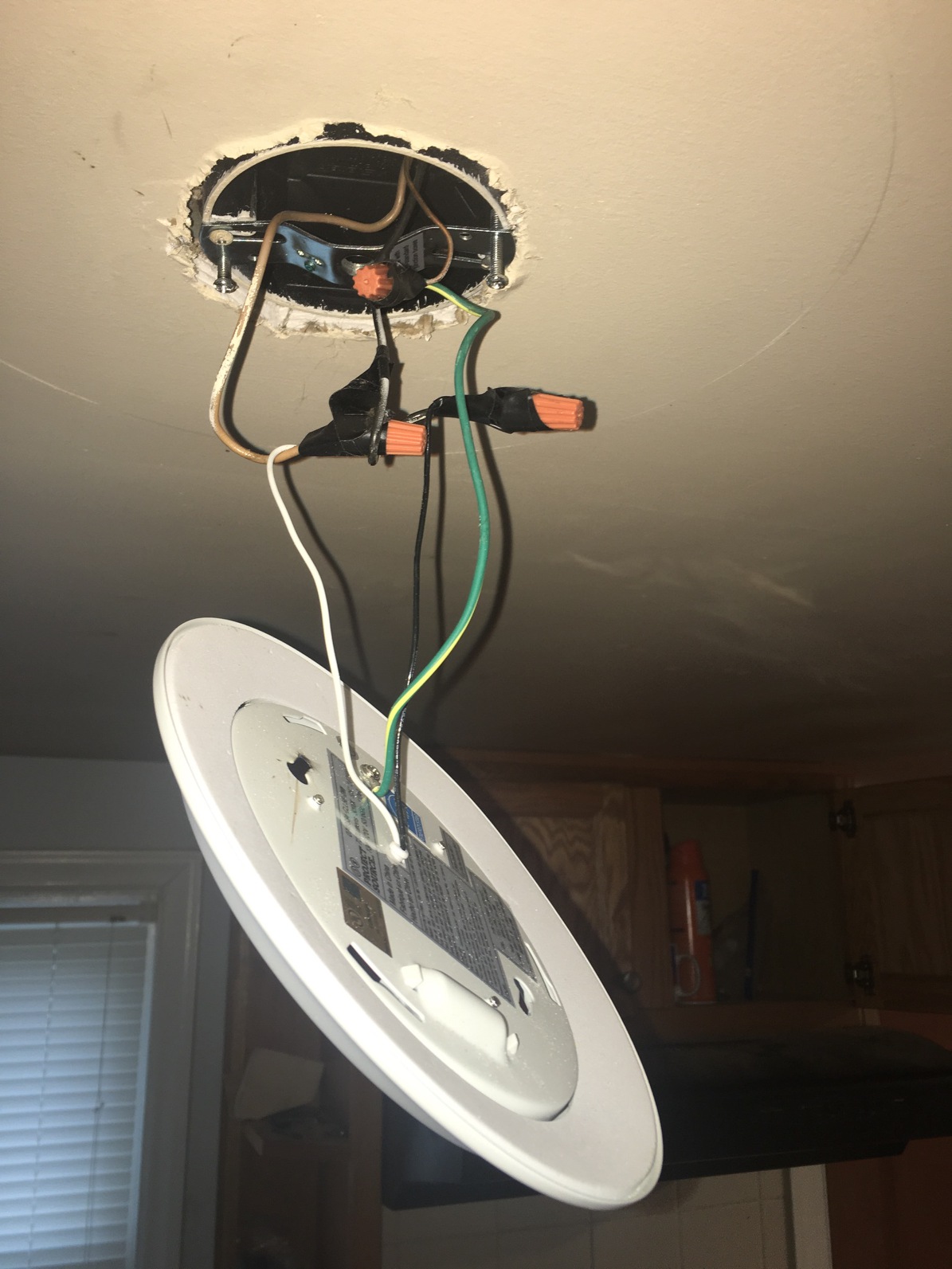 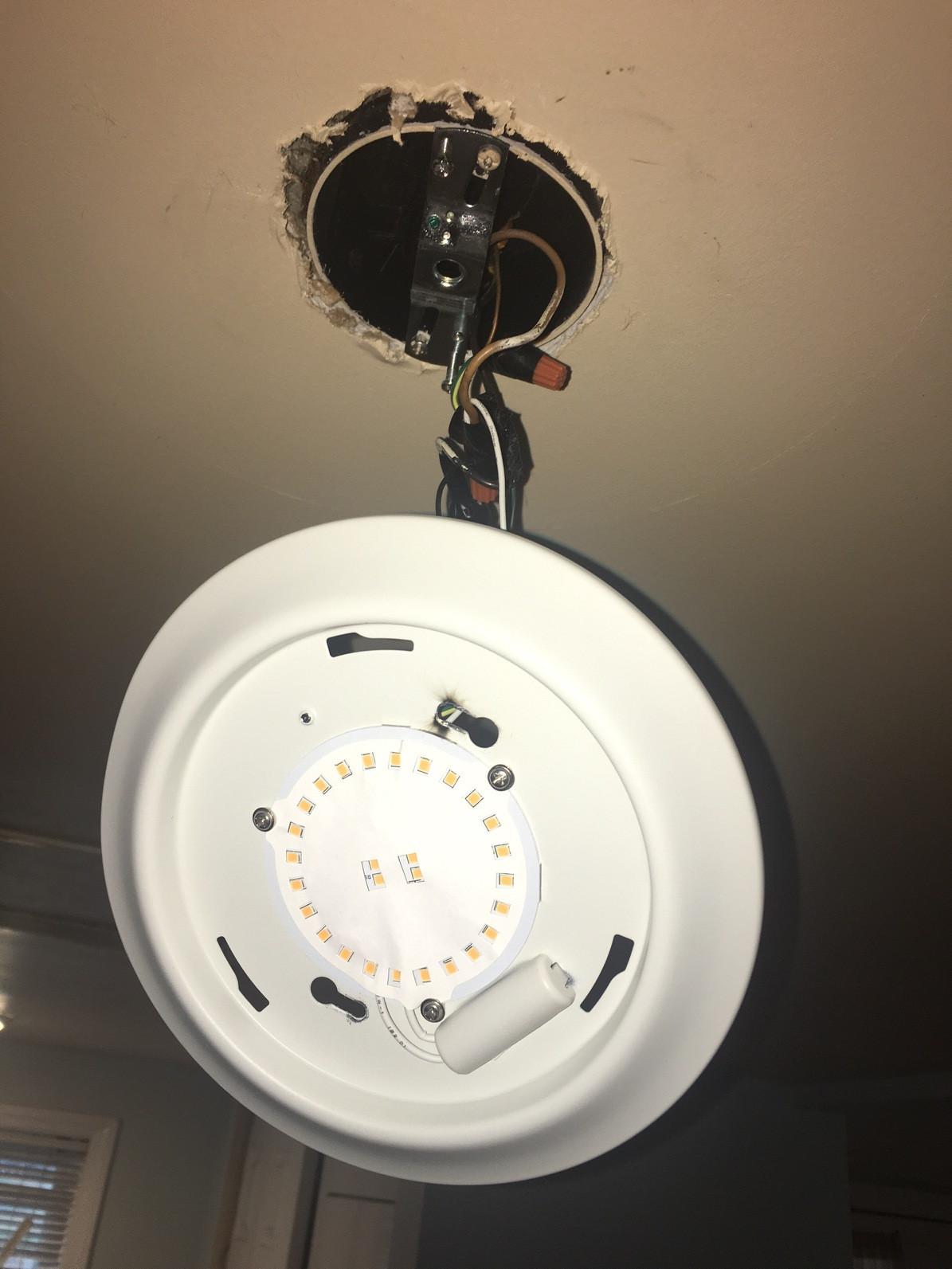 Also note that image 2 is much simpler than it looks- The black wire is wrapped around white wire near white wire nut (from being pushed up into box) and then runs behind the ground nut. He should have pulled down more and they would have pulled away from each other for a clearer photo- all 3 wires are totally independent and appear to be in good condition.

And note singe mark in photo 3 where bolt sparked.

In this picture the black wire looks damaged right as it comes out of the fixture. In other pictures you can clearly see that one of the mounting screw holes has electrical burn marks on it.

Because of the scorching, we know that one way or another, the hot side of the circuit found a path to ground through the fixture. This is either because the wire going into the fixture is damaged, or something else is wrong. If it was internal to the fixture, the ground wire should be causing the breaker to trip immediately, so I'm still thinking it's a damaged wire.

Not the answer you're looking for? Browse other questions tagged electrical wiring light-fixture circuit-breaker or ask your own question.