How can I interconnect two doorbells operating on different voltages?

i'm a noob/have rudimentary knowledge about batteries in series and parallel. i'll explain what i'm doing and would like your input as how to solve my problem.

i have 2 doorbells, one at the front of the house and one at the back.

please see attached photo of one doorbell to see how i've connected things up. 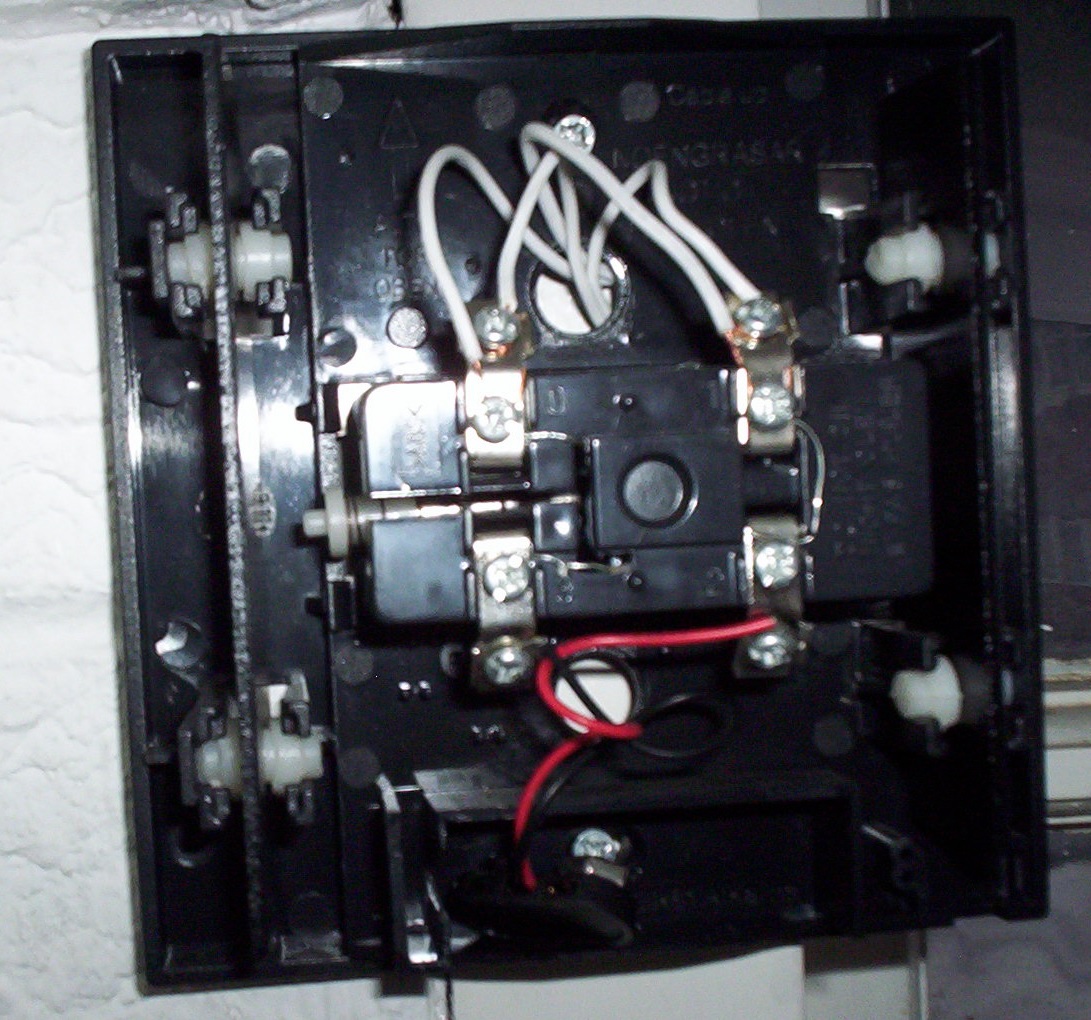 a 9v battery is attached to the black & red wires at the bottom. this doorbell uses the lower left & right terminals (at the top, where the white wires are) to connect to the push button. this forms one circuit.

then, the upper left & right terminals are connected to the other doorbell. that forms another circuit. that doorbell uses 4xAA batteries. so 6v.

as far as i can tell, both doorbells (batteries) are +ve to +ve.

so, first question: is this a series or parallel circuit?

what seems to be happening is that the 9v battery is draining/leaking because it becomes dead within a few weeks/months even if not used - ie not many people ringing the doorbell.

next question: how do i solve this 9v & 6v problem?

can i use a diode to stop the 9v battery leaking to the 6v one? how do i work out which diode i need to use?

or can it not be done? ie cannot make a 9v and a 6v parallel circuit work? (i'm assuming it is parallel).

or is there another way of configuring the wires so the 2 doorbells are separate? eg rather than using the upper terminals for the 2nd doorbell, i connect it directly to the push button? but then, the wires for both doorbells will be touching each other at the push button, and won't that also make a circuit and cause problems?

ok, over to you good people to give me the correct solution. thanks in advance. 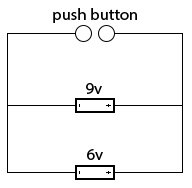 I agree with the other answer that it's very possible they'll both work on 6V or both work on 9V. If that is the case you could wire it so both doorbells are in parallel off one battery. There may be an issue if the battery doesn't have the power to run both doorbells.

You could use surface mount DPST momentary switches for the doorbells, if you can find them, but you'd have to run four wires to the doorbell.

You could install a PLC or home automation system that uses the doorbell as a digital input and the two doorbells as relay outputs, you could do all kinds of crazy things. You could get a dog that barks a lot or you could put up a sign that instructs people to knock really loudly.

Of course all these things are harder than just buying a system made for one switch and two chimes, which are readily available, but what fun would that be?

No matter what you do, you will have two batteries in parallel. You can only do that if they are the same voltage, which isn't the case here. The only thing you could try is if both bells would work on the same battery (either 6v or 9v) - if so, you could connect the bells in parallel to a single battery.

0
Add a new doorbell to basement, upgraded transformer, still doesn't work
1
Why does my Ring doorbell keep repeating the chime?
0
How can a GFI installed on an ungrounded two-wire line be verified?
0
How to calculate wattage used in a solar panel set-up
0
Isolating a bulb from stairwell timer
1
How should I connect my solar panels to each controller for optimal performance (series or parallel) without buying new charge controller?