I'm trying to get some new wiring installed into my garage so I can add some high power servers (mining rigs). Anyway I bought some Evga 1000w G3 power supplies which are 240v capable, but my electrician wants me to find out if they are neutral or phase to phase. Why do I need to find this out, isn't there a single standard in the US? But if I need to does anyone know? The manufacturer site does not have this info and their chat tech help does not know either.

Current flows in loops, so the power supply has two conductors coming into it. (In Codeland we don't count safety ground as a conductor).

A world-voltage server power supply could contend with five styles of power. I'm mentioning voltage compared to ground, and neutral is near ground by design.

In 3 of 5 instances, the world-power device must be insulated for both conductors to be potentially hot, as high as 240V. So the item would need to be tested/listed for hot on both of its conductors. The electrician is asking if that is so.. It's a routine question. 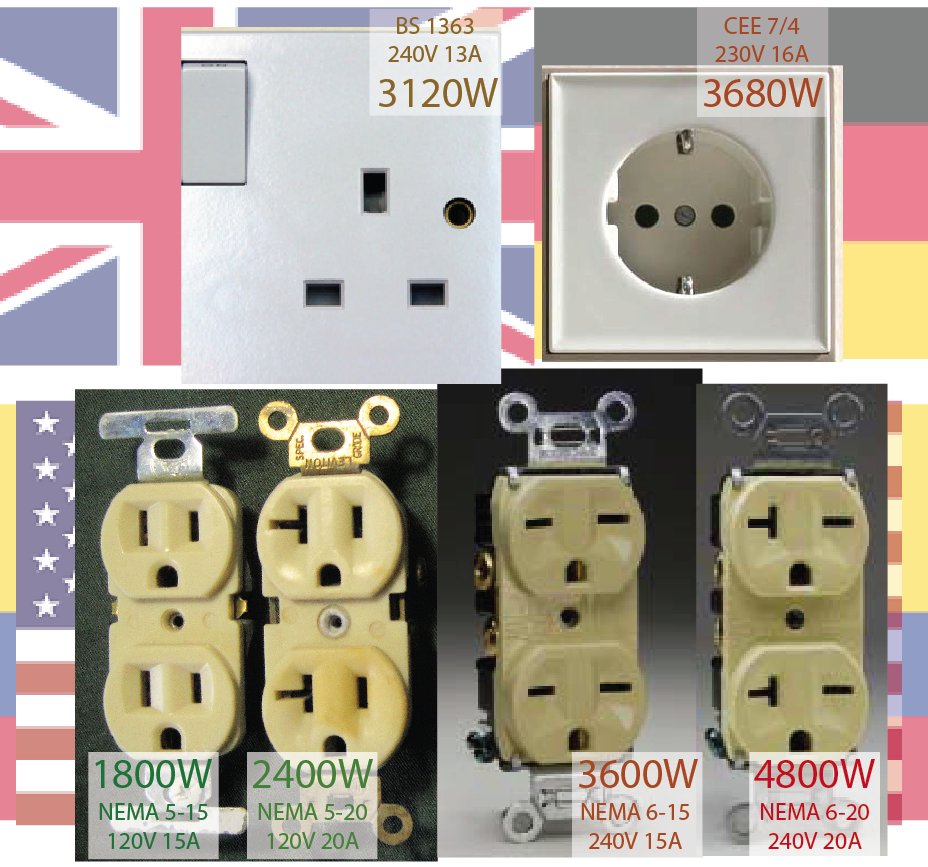 Or if you are coming out to a PDU, he can fit something larger like 30A or 50A. But if you do that, have him run neutral and use NEMA 14-30 or 14-50 receptacles. This will give you much more versatility: the PDU could support 120V switches or fans... the receptacle could support welders, EV chargers, you name it... Or the cable could support a future subpanel.

Some countries in Europe have polarised plugs, others don't. Modern portable equipment intended for sale in Europe is designed to harmonised European standards meaning it is safe to use with Live and Neutral reversed. As a side affect of this it will also be safe and functional on a US style 240V system.

A couple of notes

This is very simple - The answer is: it does not matter. The PS is designed to connect safely to 120 VAC or 240 VAC supply. For 120 VAC, one line will be HOT (Phase) and one will be NEUTRAL. For 208 VAC or 240 VAC both lines will hot (phase to hhase). Any qualified electrician will install proper replaceable and cord cap for appropriate voltage and current. (I am a master electrician as well as power supply designer)