How can I measure the voltage of 40A transformer?

I need to power 10 meters of 5V LED strip, for which I bought a 40A transformer on AliExpress.

Now, as much as I believe that cheap stuff bought from China can be okay quality, I'd like to make sure I'm sending the right amount of volts in the strip. There is a little screw on the transformer (on the very right) to adjust the voltage but there are no numbers or anything. 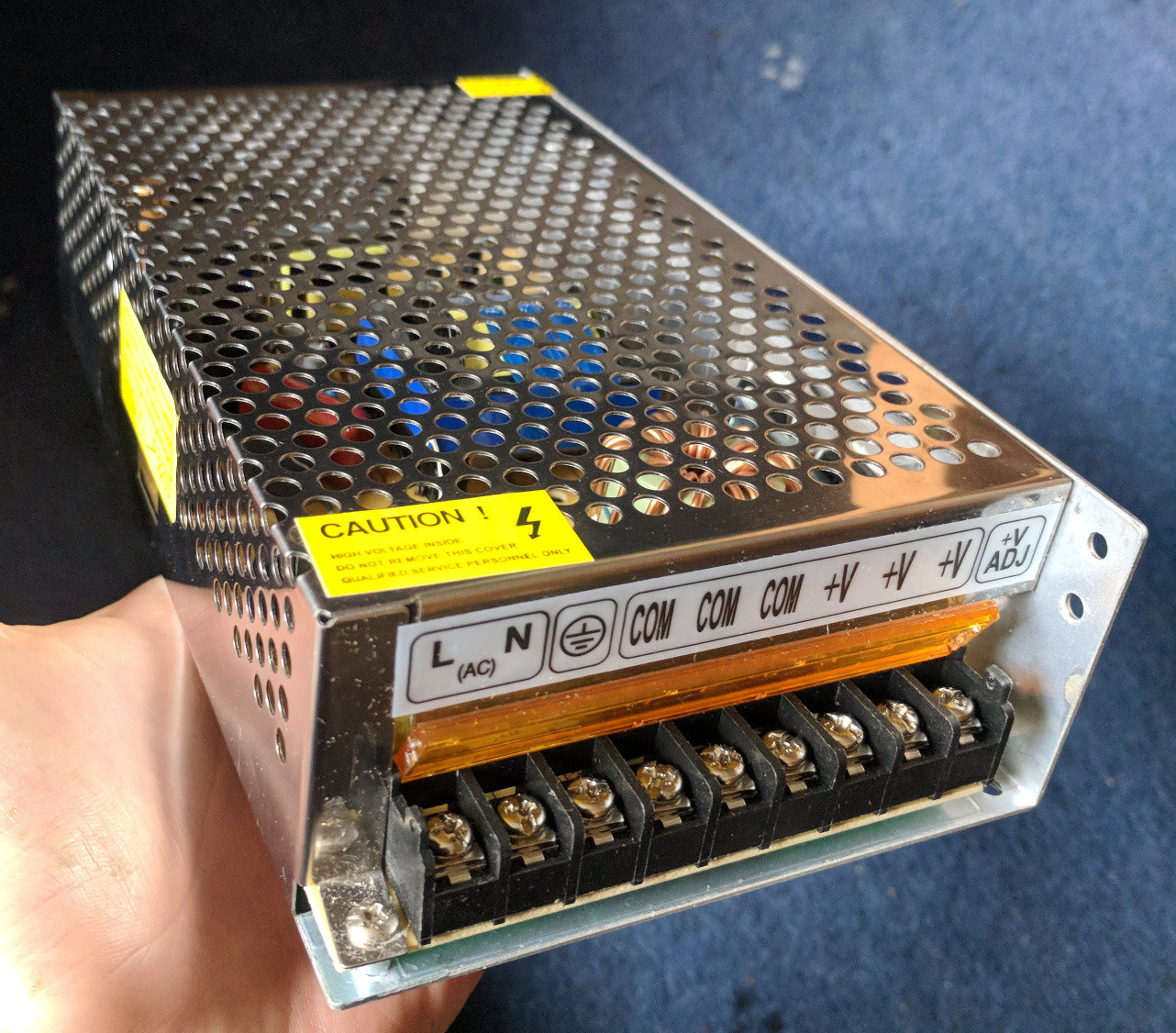 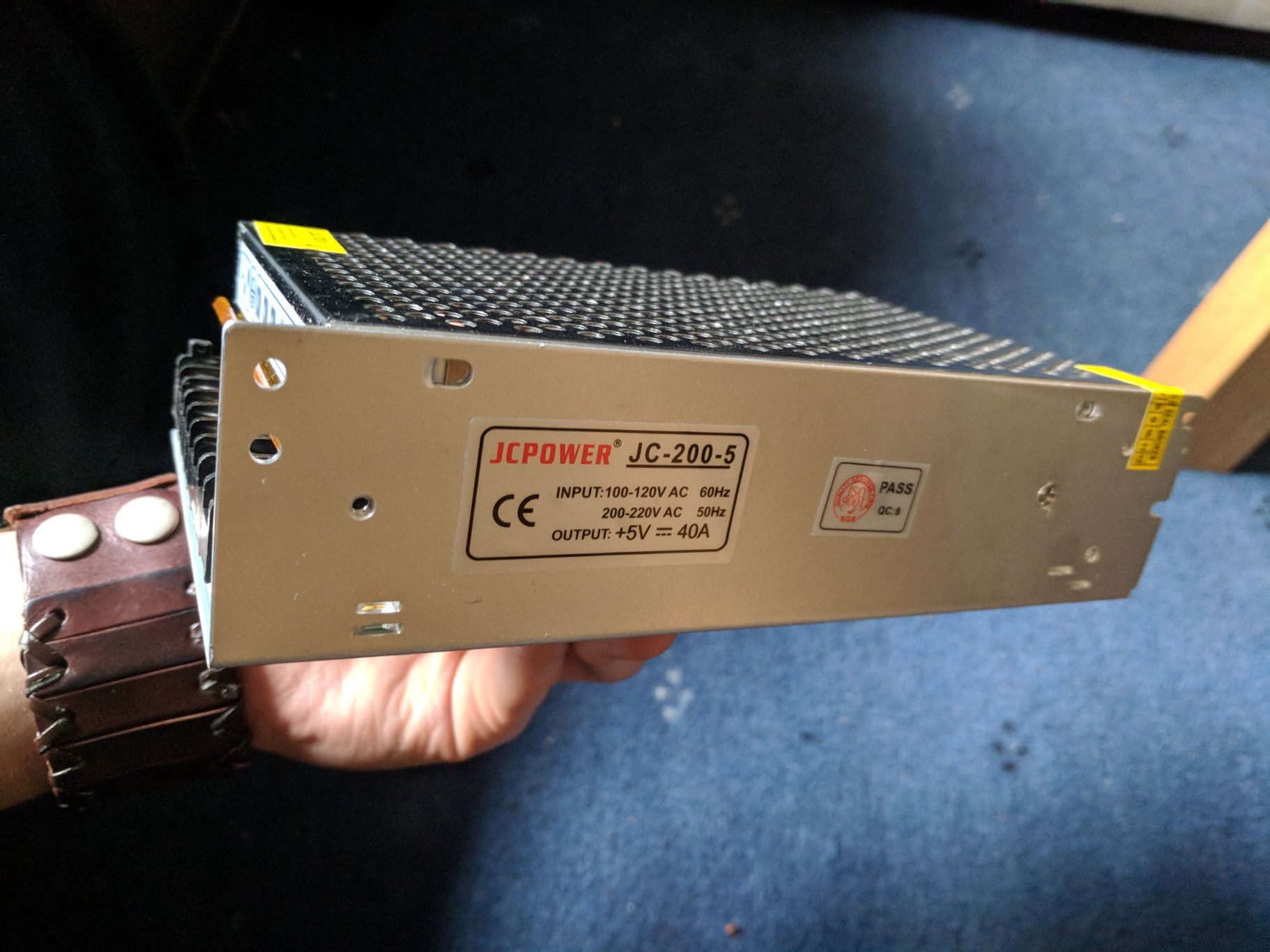 My question is, is there a way to measure voltage coming out of the transformer before I plug it in? All multimeters I've seen have maximum limit of 200mA or 10A. 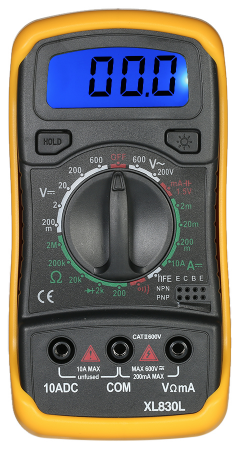 Does this limit apply to measuring voltage as well?

Do you have any other ideas how to make sure I won't burn all my LEDs when I plug them in?

Set it to measure DC Volts on the 20 scale, read. The maximum voltage for the meter is printed right on it, 600.

The device you have is not a transformer, it is a DC power supply.

When you connect your lights, measure the voltage again with the lights connected. Don't try to measure the current with this meter.

A is for amps (sometimes shown as I in formulas). They express current, which is exactly what it sounds like: flow. The only way to measure it is by putting a test instrument inline with the flow. It's hard.

V is for volts (sometimes shown as E in formulas) They measure voltage or potential. Volts can be measured easily by touching 2 probes across a measured point.

If you really, really want to measure current, then permanently install as part of the circuit, something called an ammeter shunt. This is a slight constriction in current flow, like a concrete channel in a river, that makes it easy to infer current from other things that are easier to measure, in this case volts. Even your voltmeter has an ammeter shunt, that's what the 10A socket is for.

But I wouldn't ever use it. Despite your faith in cheap Cheese goods, I would not use them for anything related to life safety, and a meter measuring multiple amps, or volts over 40 - definitely counts as life safety. If you are serious about electricity, at some point you should buy your Fluke.

Not the answer you're looking for? Browse other questions tagged transformer multimeter or ask your own question.

1
Doorbell Voltage Drops at Transformer
0
How to measure voltage AC using multi-meter
0
How Hot is your Transformer?
0
How to test voltage on open wire with multimeter?
0
Furnace transformer hot to the touch
5
How wasteful is a voltage transformer?
5
Is it safe to use a receptacle with wires broken off in the backstab connectors?