It simply mounts on 2 tiny metal clips that can be screwed into a surface. 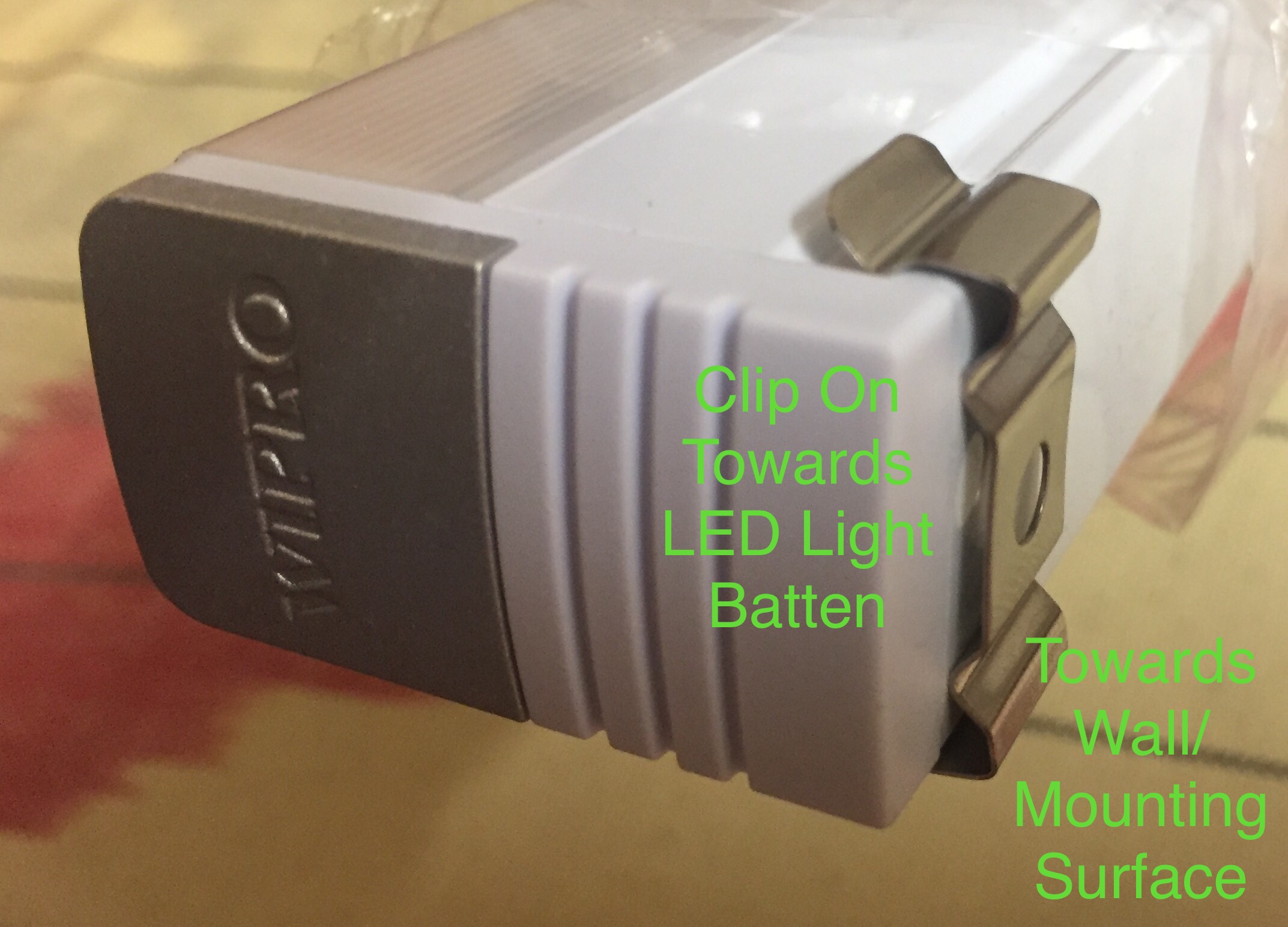 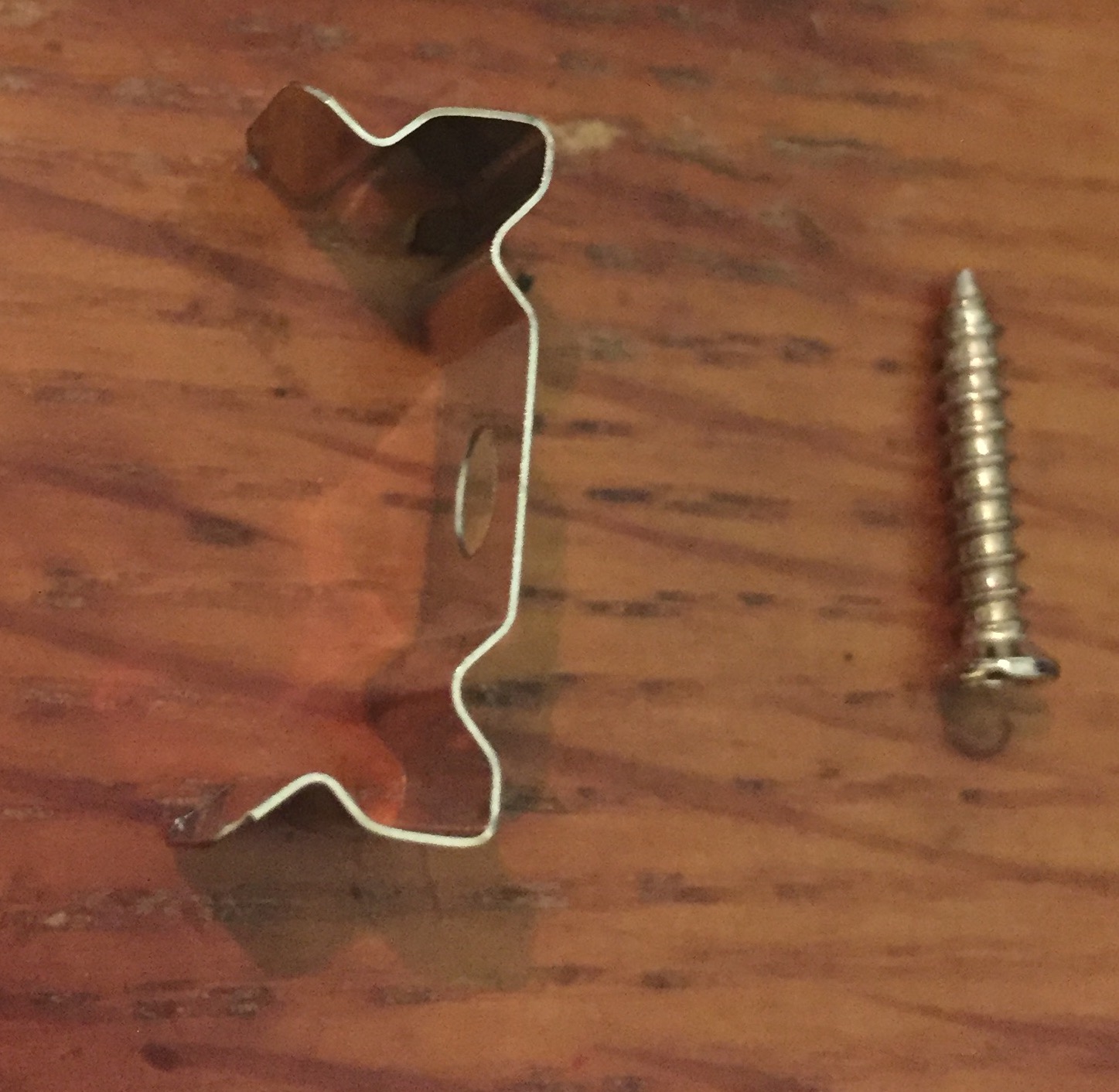 Now I'd like to be able to direct the positioning of it from Vertical up to Horizontal to vertical down.

Ideally being able to hold at any angle between +/- 90.

I've shared it's main unit is mounted on. I'd like to figure a fixture or way by which the clips can be screwed on to it instead of directly to wall or wood surface.

A simple up & down would be via a simple butt Hinge but I'm hoping to find something better to angle it as I see fit.

Now instead of the Metal part of Clip that goes directly to a wall or mounting surface I'm hoping for some kind of simple metallic hinge like attachment that could become the "rotatable / adjustable/ swing up- down" mount in the middle.

Any particular existing simple hardware fixtures that could do this for me?

I'd consider fabricating a fixture from wood.

A wooden batten between the end-pieces, secured axially by screw or bolt with the clearance hole in the end pieces allowing rotation.

Flexible cord to a decorative cover for the wiring box / ceiling box. Sufficient slack to allow for rotation of fixture. 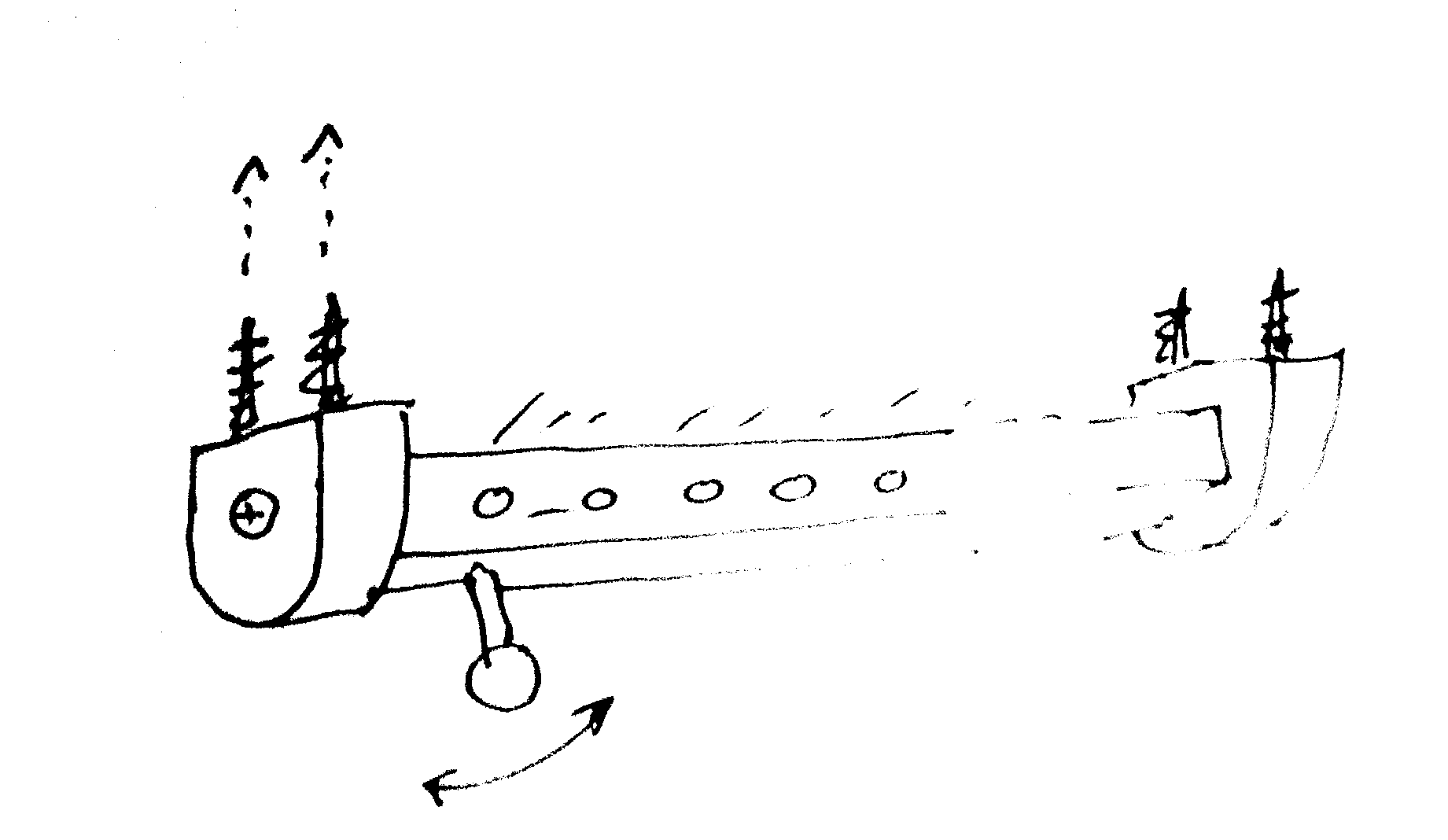 Perhaps having a circular adjustment knob for angle at one end would allow for better balance.

Mount the clips to a piece of EMT pipe using elevator bolts, or to PVC pipe with flathead machine screws tapped into the pipe on the far side.

Mount the pipe to the wall with Conduit hangers which stand off the wall a little bit, snugged so the pipe can still move.

Not the answer you're looking for? Browse other questions tagged electrical wood light-fixture metal or ask your own question.

1
Did I use my light fixture's ground wire correctly?
1
Patio Light Fixture To Electrical Socket
1
Is it safe to wire a light junction box to a plug (which could then be plugged into a switch-controlled outlet)?
1
Multiple switched circuits in single exposed raceway with T-style conduit body to branch them
3
Adding old-work box without making a large hole?
1
Removing a surface-mounted shop light
7
Replacing light bulbs with receptacles in garage
3
My circular old work electrical box is too small for the light fixture mounting bracket
1
Rewiring light fixture and switch to bring neutral line to the switch: one 12/3 switch-leg vs two 12/2 wire to bring power to switch?