I'm about to fit a Hive wireless thermostat to my central heating system and have a couple of questions.

I need to disconnect the existing room stat - a Horstmann Centaurstat 7 - as this will be being replaced by the Hive wireless stat.

In case you are not aware, a Hive installation also involves replacing the programmer with the Hive programmer replacement that they call a receiver (I have a Honeywell 6400C programmer and it looks like the Hive receiver is a direct wiring swap).

I believe, from looking at the installation docs for the old/existing programmer and stat, that the room stat is wired back to a central wiring point where it effectively sits between the programmer and either the pump or the three way valve.

I want to approach the Hive installation in two stages:

So, to the first step.

My understanding is that the Hive receiver talks directly to the room stat and turns the heating on only when both the timer programme and the wireless stat indicate a call for heat (so rather than effectively having the programmer and stat in series in a traditional system, the Hive receiver is the one switch point for the heating).

I am guessing, then, that in order to bypass the room stat and still allow the Hive receiver unit to turn the heating on and off I need to connect the common and call wires at the stat end together (i.e. the wires that are currently connected to these terminals in the room stat).

Are my assumptions here correct?

(I can probably experiment my way through this, but my better half is likely to be a bit unhappy with me having the heating switched off for an extended period while I work this out on a cold November weekend! Therefore I'm trying to do the research beforehand).

Now to the second step.

Assuming that permanently connecting the common and call wires is the right approach at the room stat end, when I come to remove that stat properly and want to disconnect the stat cable from the wiring centre (a terminal block if I remember correctly - and assuming I can still access this terminal block after the building work!) I will also need to bypass the stat wiring as just disconnecting will leave me with a break in the wiring to the pump/valve.

I'm thinking that the simplest 'fix' for this is to replace the room stat cable with a short loop at the wiring centre end and identify it appropriately in case I should ever need to reconnect the wired room stat for some reason.

Once again, I feel I'm making some assumptions here so a second opinion would leave me feeling more confident about tackling this on a cold weekend when we'll probably want the heating off for as short a time as possible.

(BTW, turning off the mains to the central heating system and working safely ensuring nothing is live before disconnecting etc is a given here).

Tackled this at the weekend and my assumptions were correct.

The Centaurstat even has a 'parking' terminal inside (basically a position on the terminal block that doesn't connect to anything) so I moved both the incoming live common and the switched call for heat wires into that parking terminal and all is good. 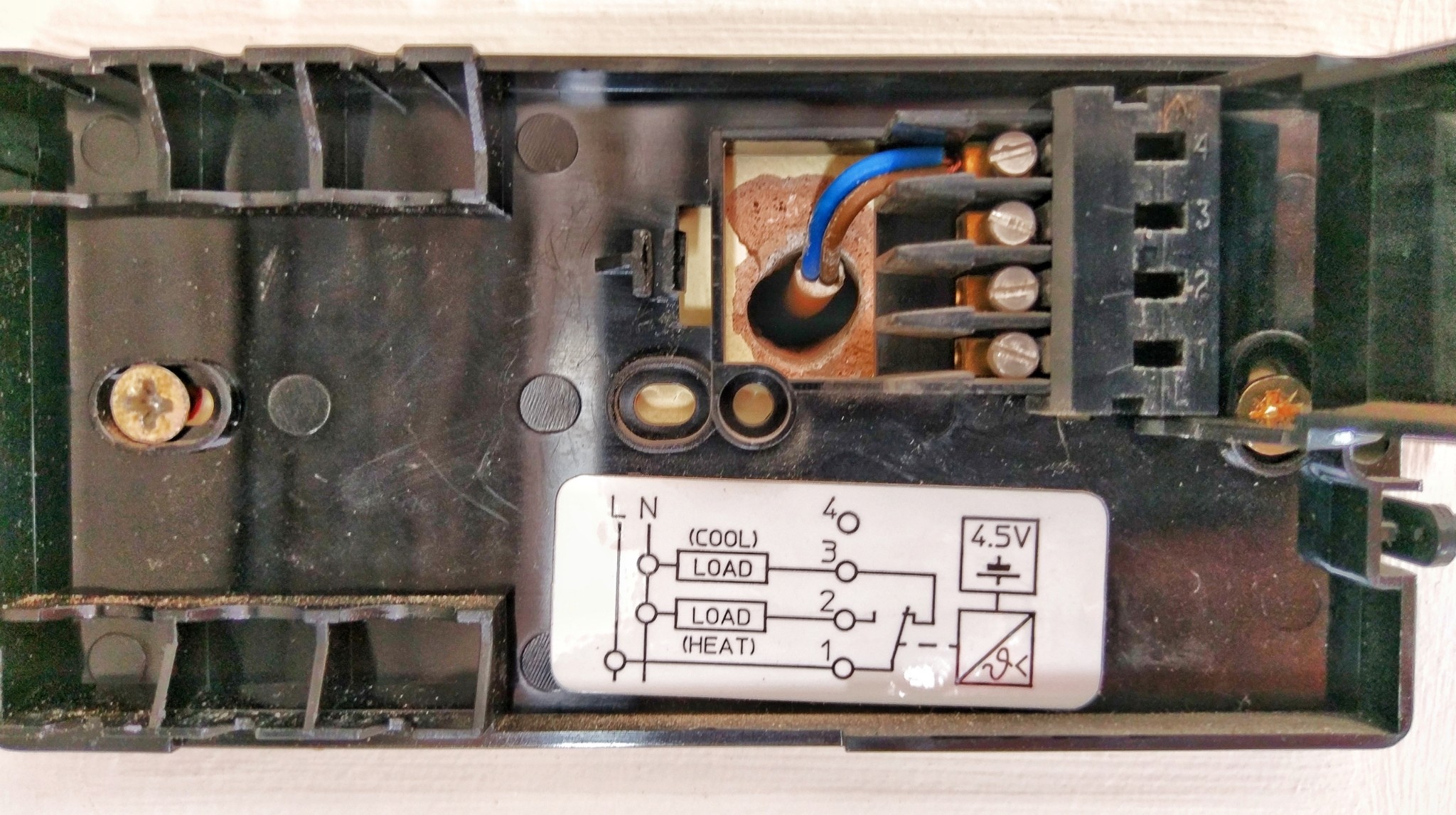 When I come to remove the room stat permanently I will need to bridge the corresponding position at the central wiring block.

Not the answer you're looking for? Browse other questions tagged thermostat central-heating or ask your own question.