How should I vent this sink drain

I'm helping a friend install a sink in a workshop that was added onto his house. A previous owner installed a water line and a drain by boring through what appears to be the rim joist of the original house into the workshop but they did not vent it. I am reusing the holes they bored and want to vent the drain properly. My original plan was to install an AAV in the wall above the drain but after removing some of the stucco, it appears there is a stud directly above the drain pipe. The stud cavity to the right does not have enough room to fit the AAV box I picked out. I opened the stud cavity to the left and found that the drain goes through the end of the rim joist and has a sizeable amount of sill plate and framing above it. I am worried about notching/drilling through this part of the framing to accommodate a vent pipe. 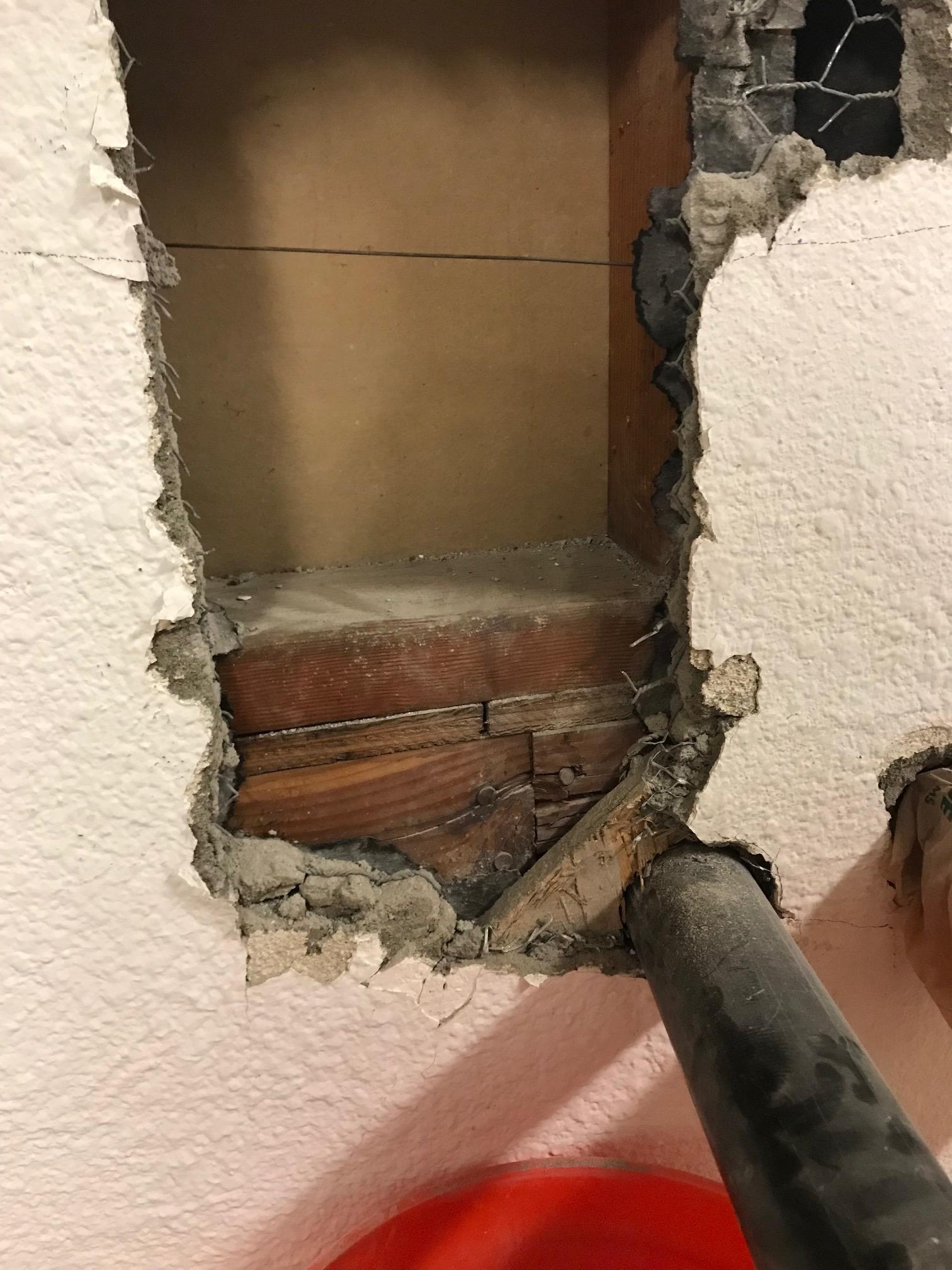 What should I do? As far as I can tell, my options are:

Do I have any other options?

Option 1 is fine. There's nothing load-bearing about the rim and plate at that location. I'd bring the wye up at 22-1/2 from plumb to move away from the stud.

An AAV can be installed as long as it is 4" above the trap. Just add a vertical to that run and put the AAV above the line.

That would be your easiest solution anyway.

Otherwise, as Isherwood points out you could add a vent to the run but that looks like a lot of work for what it's worth.

1
Bar sink drain/vent
5
How can I vent a bathtub trap when the drain is routed under the tub?
3
Island sink drains... slowly
2
Drain pipe blocking shower installation
3
Can I tie a vanity sink drain into the bathtub drain?
1
Help with drain and vent configuration
9
Bridging gap between sink and drain pipe
1
How can I extend this waste drain for new bathroom sink?
1
Which of these options is the safest/most efficient method to plumb a kitchen sink drain in an island?