How to rewire the wall light switches?

I have two wall's light switches I am replacing with new ones.

For one of them, there are 5 wires. Two white (capped and not used), two black and a red. This light switch controls one ceiling light. 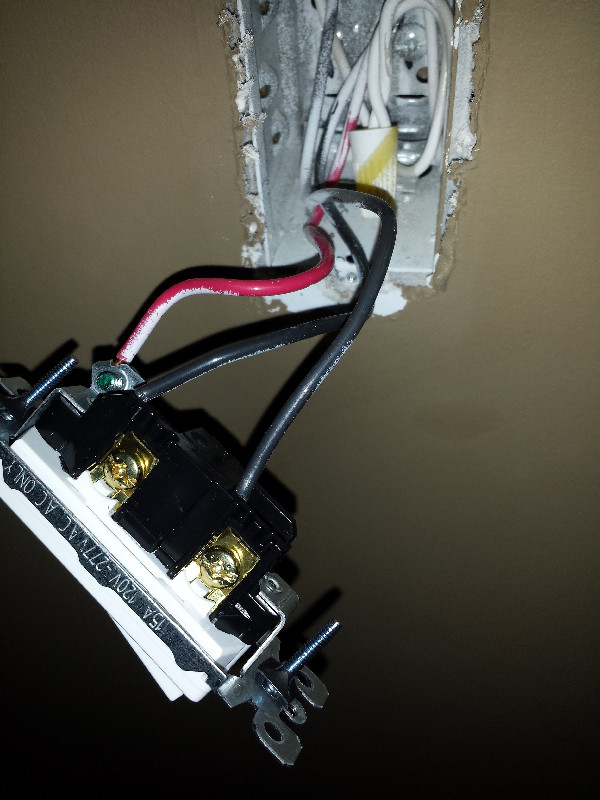 Another one has 6 wires, 2 red (connected), 2 white (connected) and 2 black (capped and not used.) This light switch controls two ceiling lights. 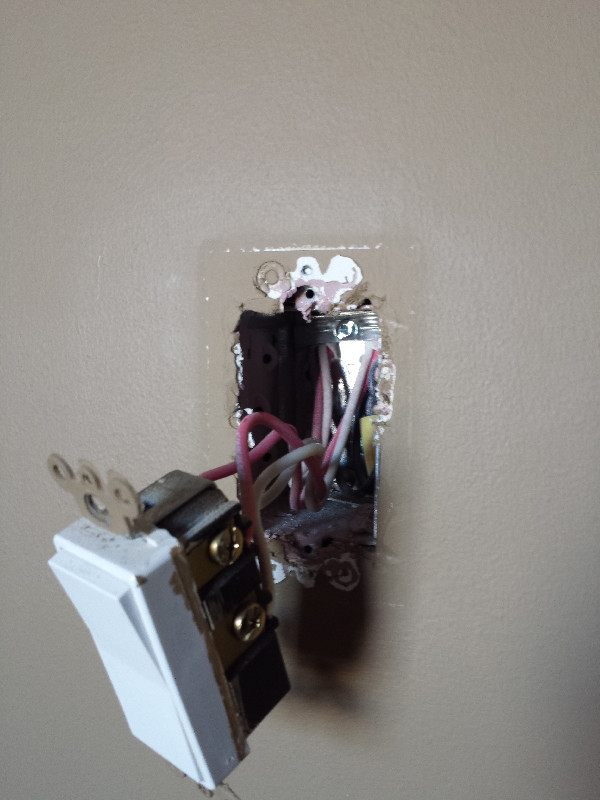 The new switch I want to replace with has three slots (two gold and one green). 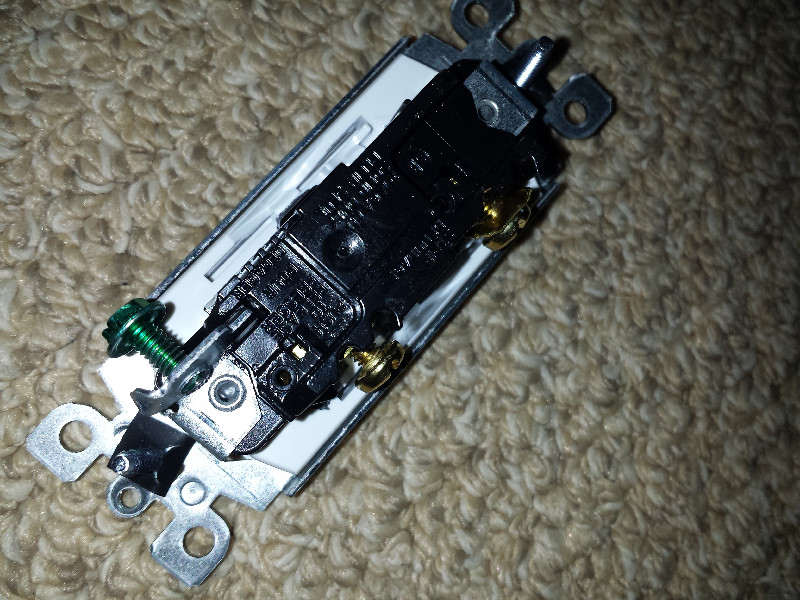 I have looked through tutorials online but they use examples that don't quite fit my scenarios. For the first picture, I placed the two black into the new switch and connect the red into green. But it doesn't work.

For the second picture, I have no idea how to connect the 4 wires into the new switch that takes only 3.

You might want to hit a library and get a book on electrical wiring and round out your knowledge. You just can't learn solely by asking questions.

Your first switch looks like a straight plain 1-way switch. It ought to work. Are you changing the switch because it stopped working? If so, the problem was not the switch.

Your second switch with the 4 wires surely sounds like a 3-way or 4-way switch. (2-way/3-way in UK English). WATCH OUT.

First, you have a ground wire on most of these. That is good for safety. But it has the side-effect of cluttering up the works and making things seem more complicated than they are. Grounds are simply a web of wire that goes everywhere. They are never part of any circuit (unless something goes wrong, then they save the day).

Green screws must be ground. Ground wires are supposed to be bare, green or green/yellow stripe.

It looks like a few places, they used random scraps of wire to be ground wires, and they weren't all green or bare. A "proper" repair is to replace it with green (or bare but that might short against exposed screws, probably why he changed it). But given your inexperience, you'd be better off just buying a 5-pack of colored electrical tape and mark them green and call it "good enough".

All grounds connect to each other, always, in a big interconnecting web. Make sure that happens. After that, forget about it - exclude grounds from your thinking. We all do. Look at any of our diagrams, no grounds ever drawn. Now it gets simpler by one, and that's often a lot.

Changing? Only focus on the wires ON the switches

You said "there are 5 wires, two unused" -- that is not true. The two neutrals shoved in the back of the box are not part of the deal when changing a switch, and should be disregarded. Don't mess with those. Further, they are not unused, but serve a very important purpose: that book I mentioned will discuss it.

The worst mistake people make is taking apart more stuff than necessary when doing the job. You learn next to nothing and paint yourself into a corner. Happens all the time though, we get "I was changing a (1-way) switch, what do I do with the 10 wires coming out of this box?" /facepalm

Watch out for doubled/extra wires

Sometimes you see 2 wires on a single screw terminal, or 1 on the screw and one on the nearby backstab. This is (mis)using the switch as a junction block also. They mean to join both wires with each other and the switch too, by using the switch's one terminal as a splice block for 2 wires. They should pigtail this instead.

You also see this on almost every receptacle, with 2 wires to each side, but that is allowed.

Watch out for 3-way switches.

3-way switches are completely different types of switches, and devilishly tricky. Aside from ground, they have 3 wires:

The gotcha (part 1) is that position is useless. Take any two 3-way switches, and the positions of the three screws (excluding ground) are always different! So laying them side-by-side and moving one wire at a time to the same position, will not work.

That gotcha (part 2) is that color is also useless. The third wire changes purpose and should/must use the color correct for that purpose, the remaining two are messengers, so it's a dog's breakfast. It's normal, but maddening. I recommend you use the yellow tape in the 5-pack to tag the two messengers. They are interchangeable, no need to distinguish one from another.

So when changing a 3-way, note which is the common (by screw color), tag the other two, and move the common to the new switch's common, then move the messengers.

4-way switches have only messengers - four of them in two pair - two to the blacks and two to the brass. Mark them all yellow, but you can tell which are a pair because they go into the same cable or conduit.

Normal switches only have 2 wires

For a plain mechanical switch, they only have 2 wires (besides ground) and those wires are interchangeable on the switch (they have different functions: always-hot and switched-hot). The switch shorts the two terminals or severs them, that's how a switch works.

1
Installed Ceiling Fan, Now Light Switch Not Working Properly
1
How do change the wall switch for my ceiling fan from a variable fan/light combination to a single on/off switch?
0
Ceiling light won't switch off after replacement
0
How do I wire a light switch that has 2 switches wired in but should only use 1?
1
Are these 3 switches wired correctly?
1
Ceiling box has 2 black and white wires but fan/ light only has 1 of each
1
Installing smart switches, instructions don't match my wiring?