How to hang a shelf in an invisible manner?

I recently decided to start building my own furniture whenever I could.

To start small, I decided to go with a design’ish shelf that right now looks like that: 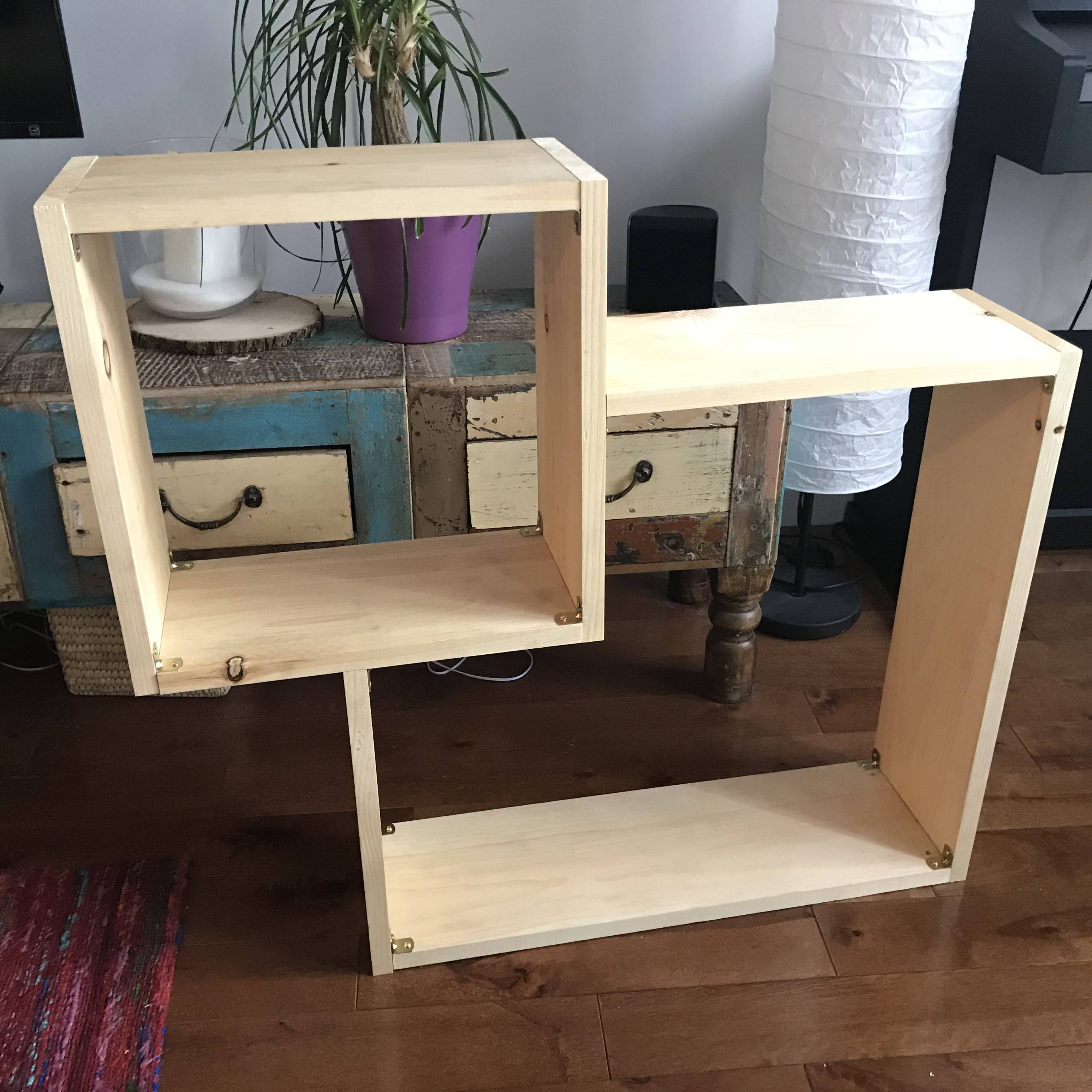 I’d obviously like to hang it on the wall but also to do it without visible shelf brackets. I have no idea what technique to use there. The shelf will ultimately carry books and while it is probably sturdy enough to do so, I understand that the wall fixation system is at least as important.

The shelf has an overall width x height of 30’’ x 30’’ and I do have metallic studs in the wall I want to hang it to.

What fixation system can I use in that situation?

You should look for Floating or Blind shelf brackets.

You may actually need thicker supports on the tops or bottoms of your shelves to get the right support from these brackets, but this will give the appearance of "floating" that you're looking for 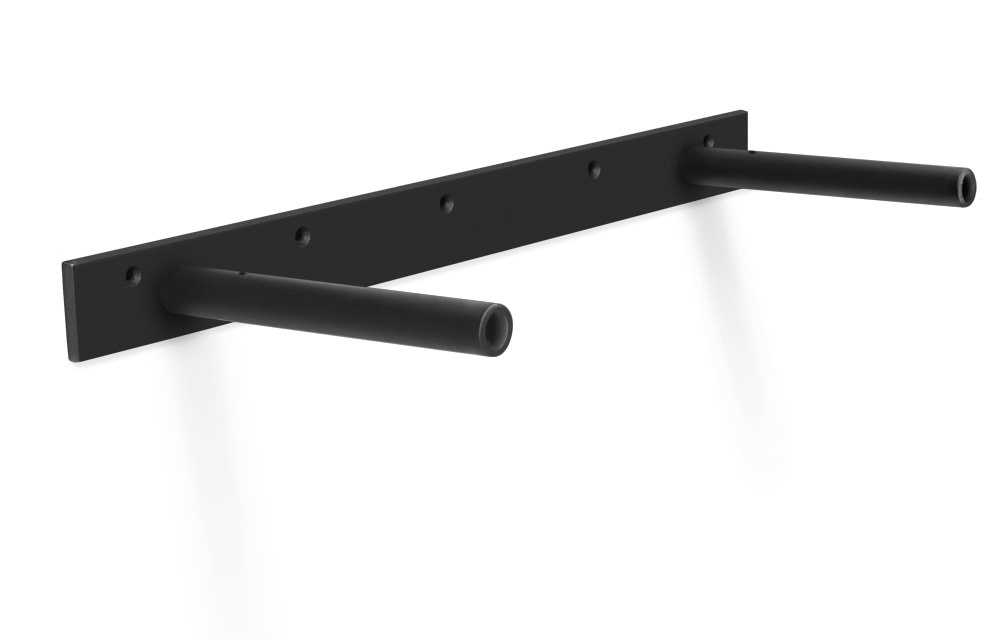 Assuming your shelf won't come apart under the weight of itself and books, you have several options.

1) Your shelf looks wider than standard 24" distance between studs, so you can mark location of the studs behind your shelf at the height where an UPPER horizontal shelf part crosses the stud. Do this near to the left end of the leftmost horizontal & the right end of the rightmost, and * MARK ON THE WALL AND SHELF BOTH *. Then buy "lag bolts" with a diameter of half the shelf part thickness (prolly 3/4" so half is 3/8"). But the longest you can find. Drill & screw pointy end into the wall& stud; make sure bolt is straight & level into the wall. Drill same-size (3/8") hole in back edge of your shelf, as deep as the bolt part sticking out the wall. Slide shelf unit over bolts into drilled holes until shelf is tight against wall. The threads on the bolt will grip the insides of the holes & won't slide off except maybe in an earthquake. Done.

2) if really heavy books, or lots, are on shelf, do same as 1) except don't drill into shelf - instead rest shelf on the bolts (paint bolts black if you like). This isn't as invisible but almost, and is MUCH stronger. OR use more than 2 lag bolts - up to every 4 inches if you want it bombproof.

3) Buy brackets the other poster suggested, but for your shelf you'll need 2 so the other box-area of your shelf doesn't twist itself & break off under weight.

Not the answer you're looking for? Browse other questions tagged shelving hanging or ask your own question.

16
How can I hang a shelf with no visible fasteners?
1
Easiest way to build an oddly-shaped shelf for cabinet above stove
0
Is this ladder bookcase design strong enough to hold printers?
0
Hang a floating mantel
0
Can I use these brackets to make wall mounted bookshelves?
2
Worn out shelf holes
1
Wooden shelf with flat brackets?
0
How can I hang a shelf off of existing screws in brick wall?