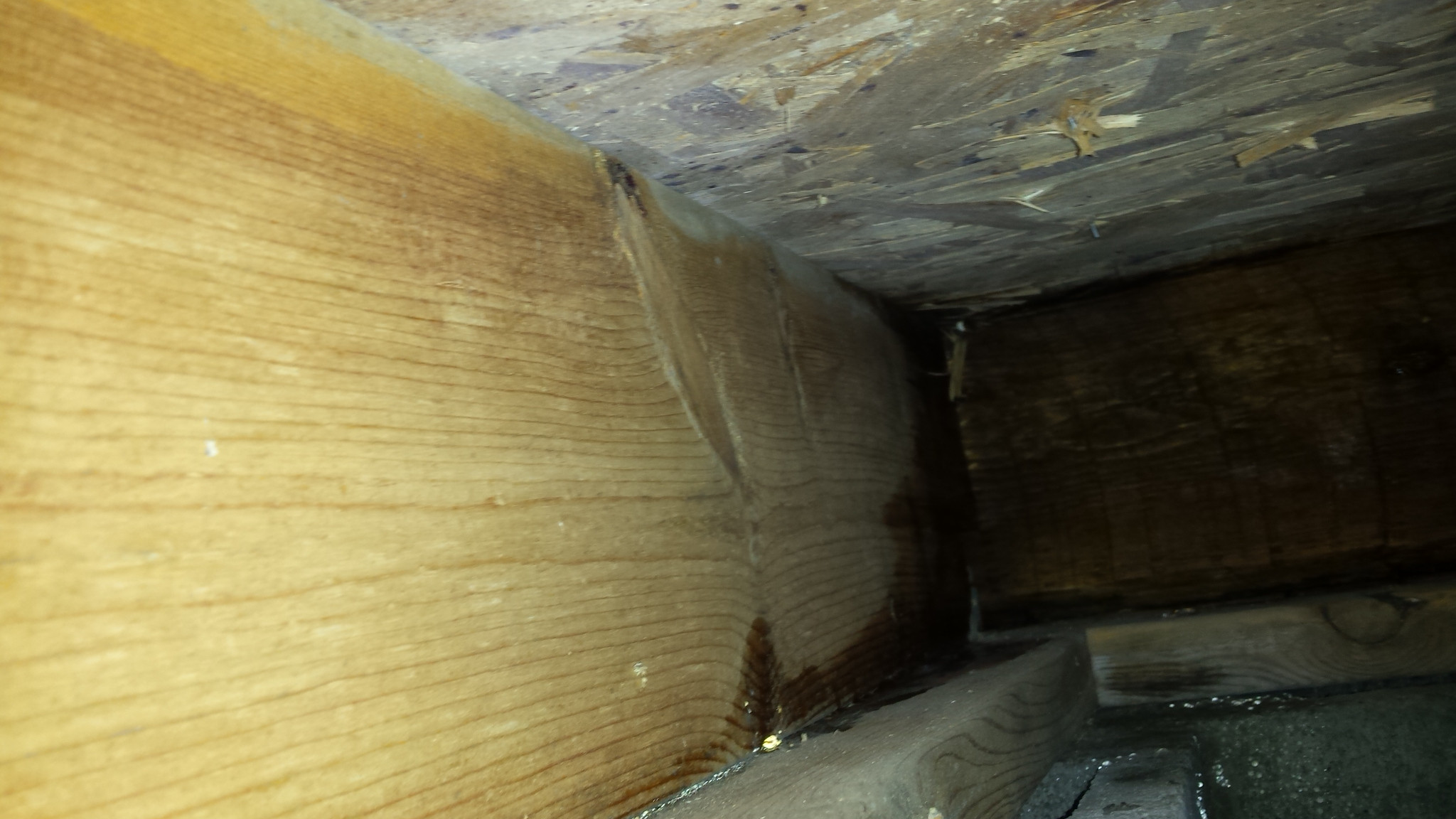 My sill plate is getting wet. I have a 6 foot overhang so rain is not getting to it. Im trying to figure out how to deal with it. The sill is not pressure treated unfortunately. The foundation is cement blocks and the sill plate doesnt cover the opening of the blocks which i asume is a good thing allowing the space to vent. The problem is only in the corners.

I was thinking of installing foam around the outside of the sill plate overlaping the foundation. The thought is that it would create a moisture barrier and insulate it at the same time. I have access the the sill plate outdide the house if i pull off some wood trim relatively easily.

Does that make sense?

Im worried about installing foam inside since it would trap the moisture against the wood and make it worse? 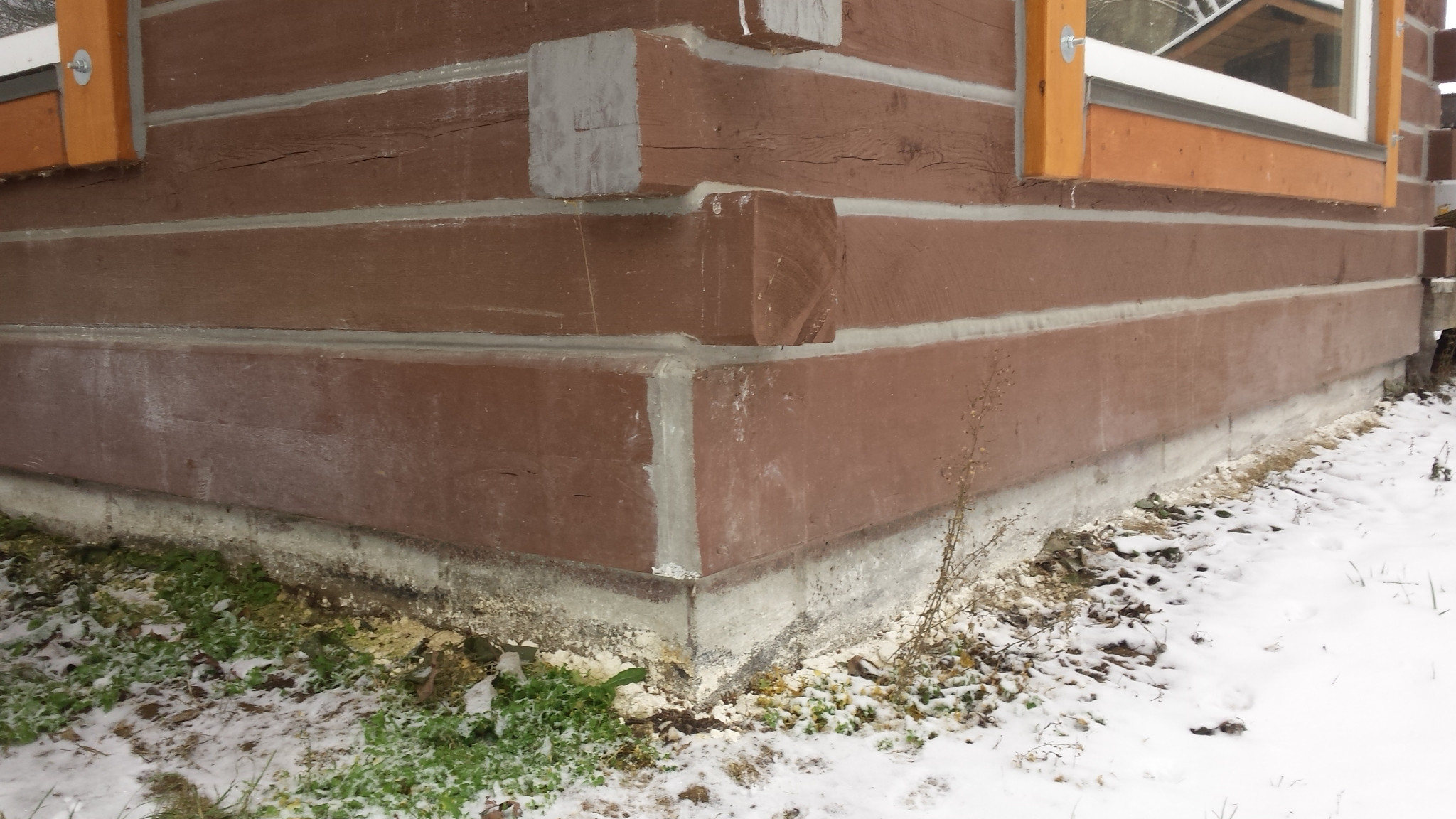 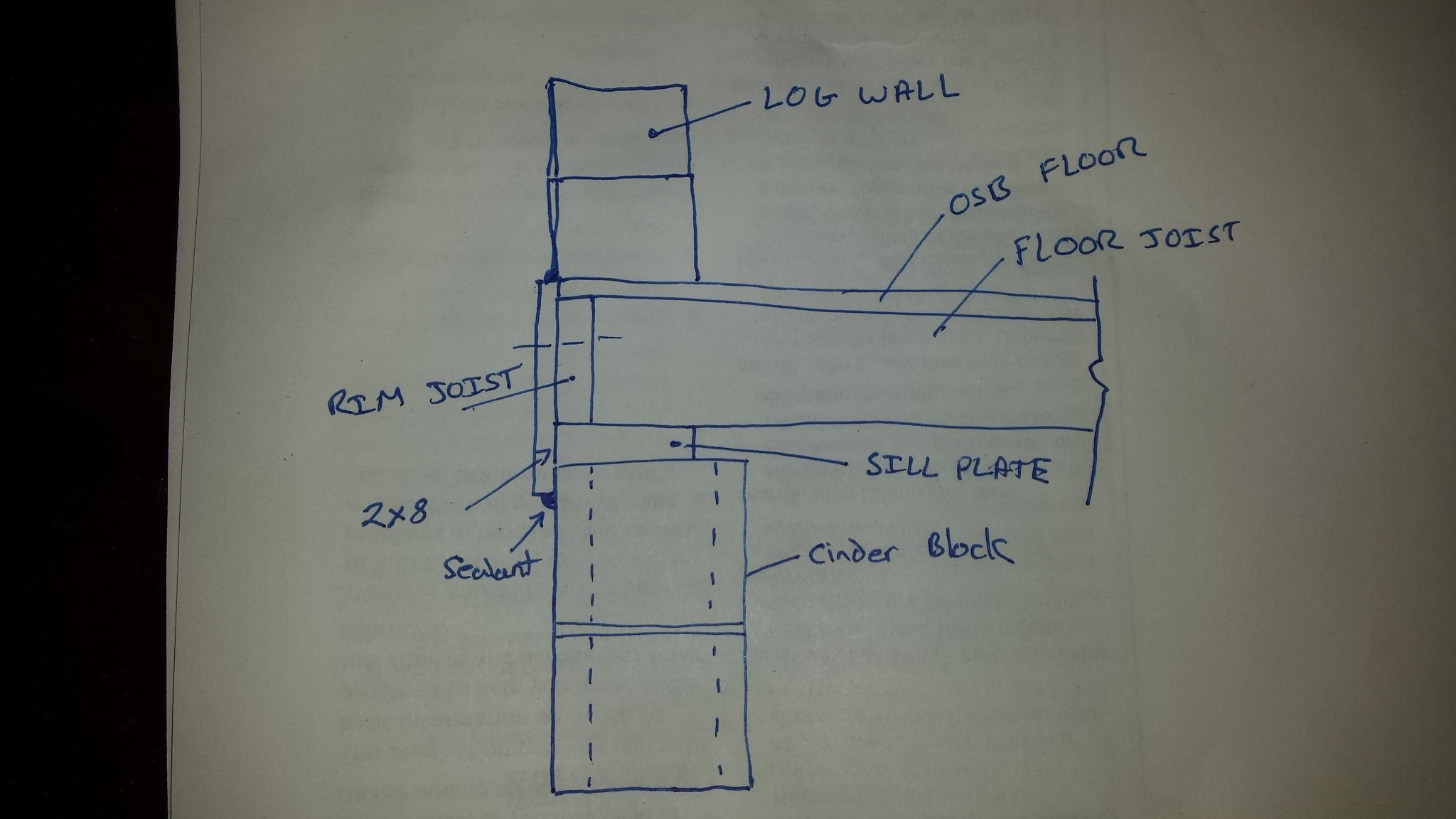 Looking at your original picture, I can tell the moisture is coming in near (or at) the top of the floor joist not the bottom, because water won’t “wick” up that floor joist uniformly like it is showing. (In fact, it seems wetter along the top of joist than middle of joist.)

Therefore, I’d concentrate on the joint at the top of the 2x8 trim.

According to your drawing, it looks like you’re relying on caulking at the top of the 2x8 to keep moisture out. That means the caulking has to be perfectly installed and well maintained. Even then you can develop problems. (Look at at knot in the first row of logs and notice that moisture can penetrate into the knot and run down behind the caulking.)

We usually use a piece of counterflashing that laps over the 2x8 about 3” and extends into the wall void about 3” with a 1” hook in the up position. (Make sure the flashing is no more than 10’ long, for expansion, and each piece laps about 6” and is sealed with mastic where it laps.)

Also, I’d install that 2x8 on peel and stick moisture barrier and extend it under the counterflashing and over the subfloor, if possible.

Also, we don’t like caulking at the bottom of the 2x8. We like moisture to run out if it gets behind the 2x8 at the joints, corners, etc.

6
How do I quickly address my foundation issues?
21
Is my rapidly failing foundation dangerous?
2
What technique(s) is recommended for waterproofing exterior foundation walls?
4
What kind of foundation should I use for this garden shed site location?
1
2x6 or 2x8 Sill Plate on 8" foundation wall?
1
Covering Exposed ICF and sill plate?
0
Foundation flooding caused by new septic line