I recently put a new door into my existing front interior door opening, but it used a standard jamb size. The existing doorway was much wider, as the original owner kept the original wood siding on, plus added foam insulation and vinyl siding on-top of that. when I placed the new door in, I kept the back side of the door jamb flush with the inside of the door, so that the trim on the inside of the house would match back up (its an old plaster and lathe house, and didn't want to do a bunch of patch work on it).

Now, on the exterior side, there is a gap between where the doorjamb ends, and where the vinyl siding starts. To cover it from the front, I placed a 2x4 face-wise into the opening, leaving a smaller gap between the back of the 2x4 and the door jamb (about a 3/4" gap).

Since I don't want to remove the door and risk damaging the plaster on the interior, my plan is to put the jamb extension on the OUTSIDE of the door. I know this isn't conventional, but since the transition already sticks out the needed space, I think I can put the jamb on the exterior side flush enough so that I can put brick-moulding on it and cover up any gaps between the brick molding and the original siding. Since jchannel will butt right up next to the brick molding, followed by siding, I think that will work.

Considering the situation, is that the best option?

If I am able to include pictures, and some are needed to explain better, I will be happy to provide some.

Here are the pictures: 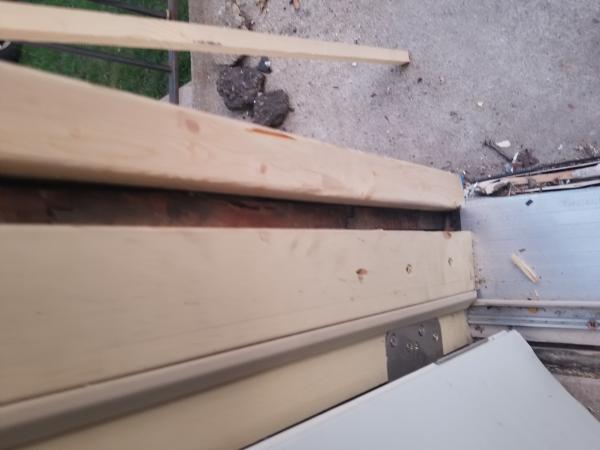 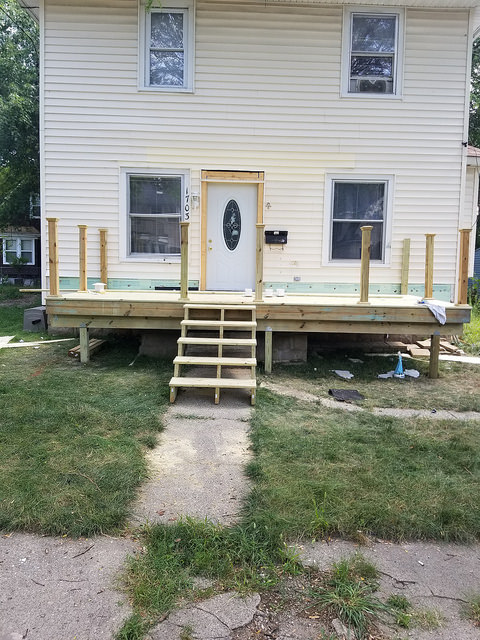 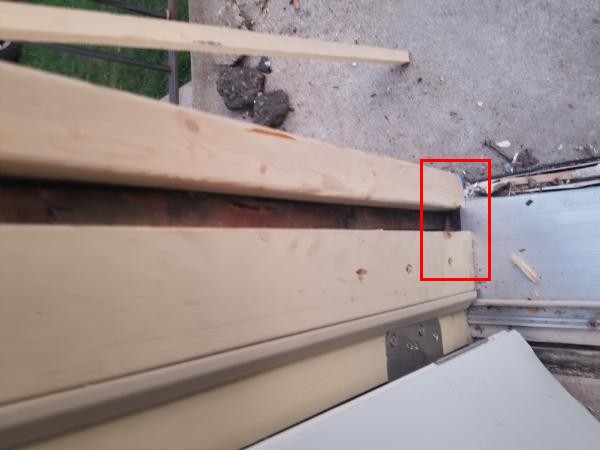 In the first two, I hadn't extended the original siding yet. The last one shows how it looks now (Except the second light is now mounted)

There wasn't an answer on this post, only a bunch of comments, so I had to create a new answer to it. I was able to get this by removing the old 2x4s and ripping down filler pieces to go in between the jamb and the exterior face boards. It turned out really nice and is all buttoned back up.

4
How do I install a pre-hung door in a rough opening that's too wide?
4
What are some tips for fixing gaps between door and jamb in an exterior door?
4
Door jamb on a 2.5" thick wall
2
How should I install a door that is not pre-hung and has a custom jamb?
0
door frame 1 inch smaller on each side of door opening
1
Prehung Door Question
2
Is it necessary to replace a jamb when replacing a door?
3
Exterior Door Width is Shorter than Jamb
6
Exterior Door hits Jamb