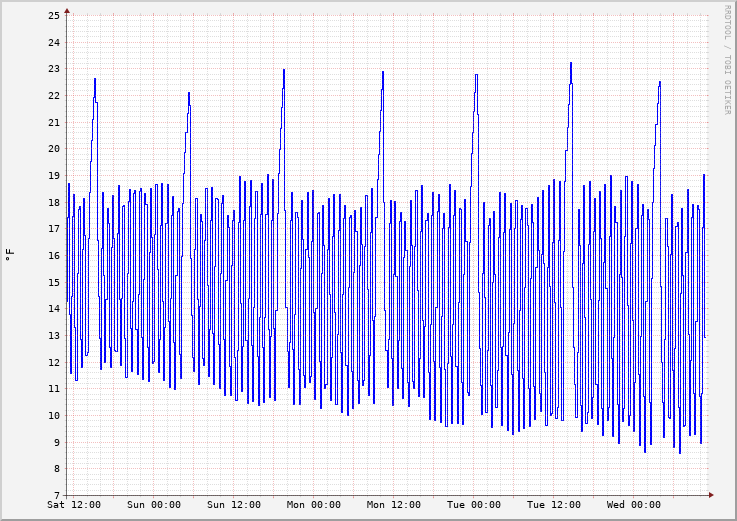 5
Why does my Whirlpool refrigerator ice maker not make ice exactly one day a week every week?
7
Why did my refrigerator/freezer stop cooling?
0
Why does my freezer suddenly have more frost than it did?
1
Fridge: short vs long cycle
0
Cold fridge, warm freezer
0
Why isn't my freezer getting cold?
1
Why would turning off a fridge/freezer for 24 hours then turning it back on make it work again?