How to repair walls which have two layers of wallboard?

We have ordered new counter tops which will be installed over existing cabinets. We had the back splash demo-ed, and found there are 2 layers of 1/2" wall. What is the best way to repair and prep for new tile without adding two layers to the patches? Should we attach wood to the studs? Add 2 layers again? 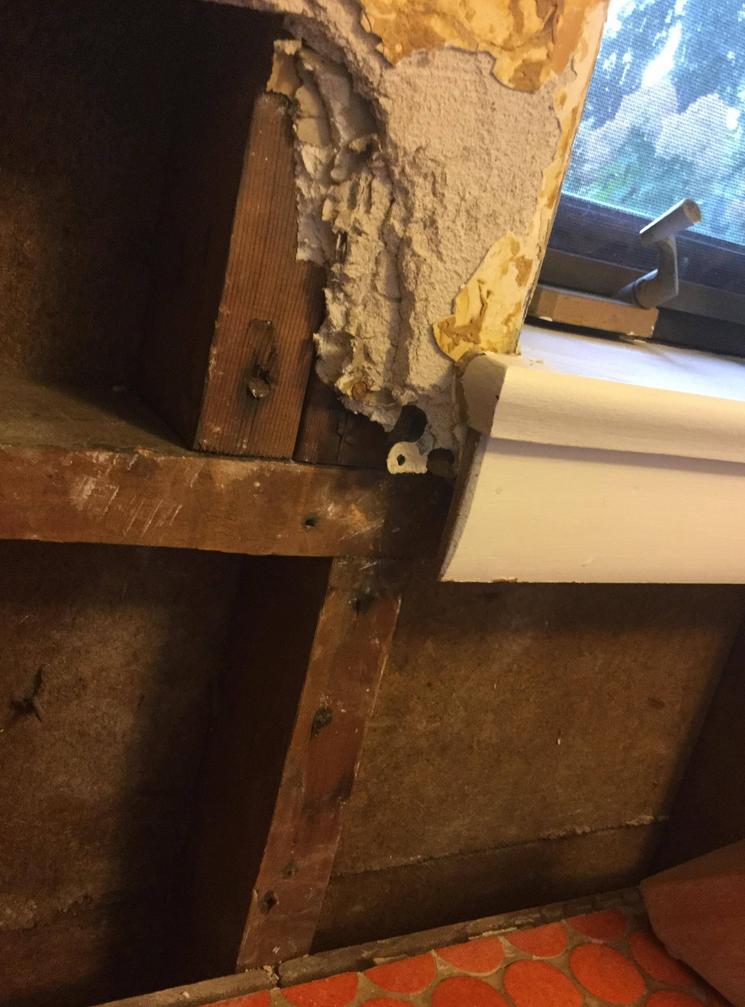 I don't believe you have two layers there. I think that's what I had in my previous home, which is what I called hybrid drywall--a layer of 3/8" gypsum panels covered with about the same thickness of conventional plaster. The system was used in the 1950s as a transition between conventional lath-and-plaster and modern drywall.

In my case the gypsum panels were 18" high and had heavily rounded, fully wrapped edges. I really liked it since it was extremely tough from a daily living standpoint but still easy to cut with a keyhole saw, say for new electrical boxes.

I'd fur out your framing and install 1/2" drywall (or 5/8" for better stiffness, or cement board) flush with the original surface. I often used 1/8" hardboard or other furring and 5/8" drywall with good results, since the original wall was about 3/4" thick. It did vary somewhat, as plaster does, so check your thickness carefully. It's better to start slightly behind the original wall than to protrude beyond it and create a bump.

It's a good opportunity to flatten any wonky framing, so use a long straightedge horizontally on your furring to check plane before you install the drywall.

Clearly the easiest will be to simply replace with two new layers of the wall board. Cut some even lines along the edges of the demo-ed area and piece in new wall board and secure to the studs.

You may need to add backing in some places but two layers of the wall board will be very sturdy so it may not even be necessary to add backing along the rear edge of the counter top.

Not the answer you're looking for? Browse other questions tagged drywall tile or ask your own question.

5
How should I re-caulk my butcher block counter top?
2
What products will make installation of subway tile over laminate backsplash successful?
0
Which Product to Use for Repairing My Drywall
1
Extending drywall past finished corner
0
Drywall vs hardiebacker
0
How to best repair the tile
1
Twisted Wall Studs In Tub Surround
1
Gap between stand up shower and stud
4
Are there any concerns with building recessed cabinets into a house/garage partition wall?
1
Pulling up fiber board to install new tile flooring