So my disposal went bad and I replaced it. When doing so discovered that the drain pipe was pretty clogged and Im guessing that was related to the drain and disposal outlet being the same. Whats odd is while it was draining fine, with the new one installed it does not drain at all unless you run the disposal. So the answer seems pretty obvious but I just want to confirm my options. I would need to either need to open the wall and make the Y lower or get a sink that is not as deep? The discharge tube it almost horizontal which even though its not ideal thats how the old one was. Would it help at all if it went straight down and than lower the trap or is that just going to create more room for standing water. 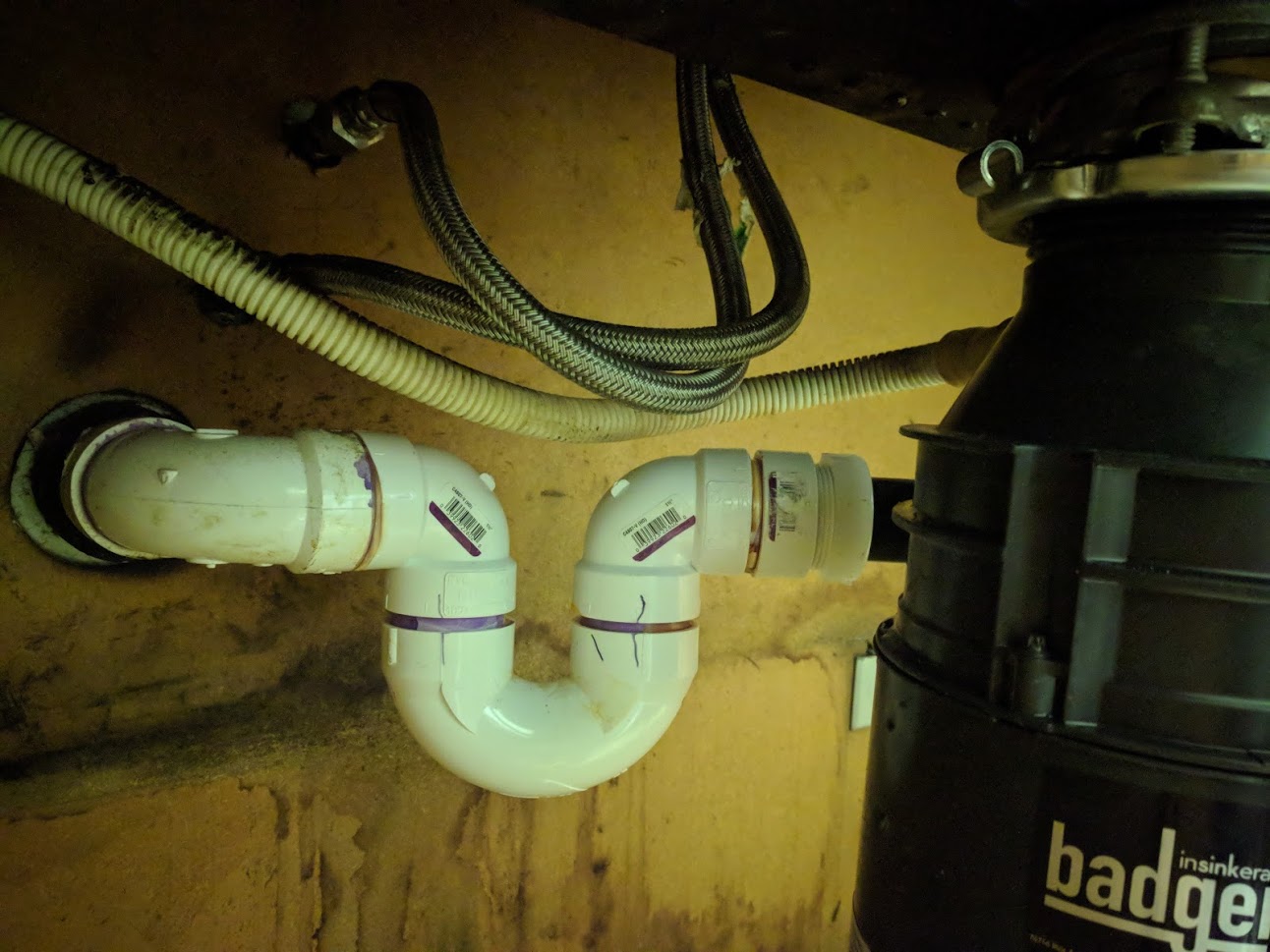 I'm going to start with the obvious here: water drains downhill. If the water goes back up, it's not really downhill. A deeper depression doesn't mean that the water will flow out the "other side" any faster, it just leads to a deeper pond.

So a taller trap isn't going to help you here. The only thing you can do is to make the wall side trap lower than the disposal outlet.

You pointed out your two possibilities: make the disposal higher (by using a shallower sink or taller counter), or by lowering the pipe going into the wall. I would think that changing the pipe in the wall would be more work than the other two options, but it's entirely up to you (and maybe your spouse) as to what you end up doing.

It's possible that the semi-clogged pipe was using suction to drain, which you no longer have, due to more room in the clear pipe no longer allowing the suction to work. It's also possible that the drain for the previous disposal was closer to the bottom of the sink, allowing the water to flow normally. In fact, that's the more probable reason, now that I think about it.

Not the answer you're looking for? Browse other questions tagged plumbing garbage-disposal or ask your own question.

0
Why WasteKing disposal throws water up?