Adjusting deadlatch so it doesn't fall into strike pocket

Our front door's deadlatch falls into the strike pocket when pulled close -- if gently closed, it's ok. So it just needs a minor adjustment.

If you look at the latch, you can see where it has been worn from rubbing against the pocket.

The strike plate we have is one of those larger ones so I can't just replace it with an off the shelf adjustable one.

I've seen some articles talking about shimming -- but I don't see how shimming the strike would keep the deadlatch from falling in. The strike plate does have the piece of metal that bends into the pocket, but I doubt bending that out would make a difference as the bend would pretty much be in the same place.

Making new holes so close to the existing ones seems like a bad idea.

I don't see any way to effectively adjust the weatherstripping to keep the door from closing so far.

I'm thinking the only option is to remove the strike plate and maybe make the screw holes a tad wider to allow it to be shifted.

What's the best way to deal with this? 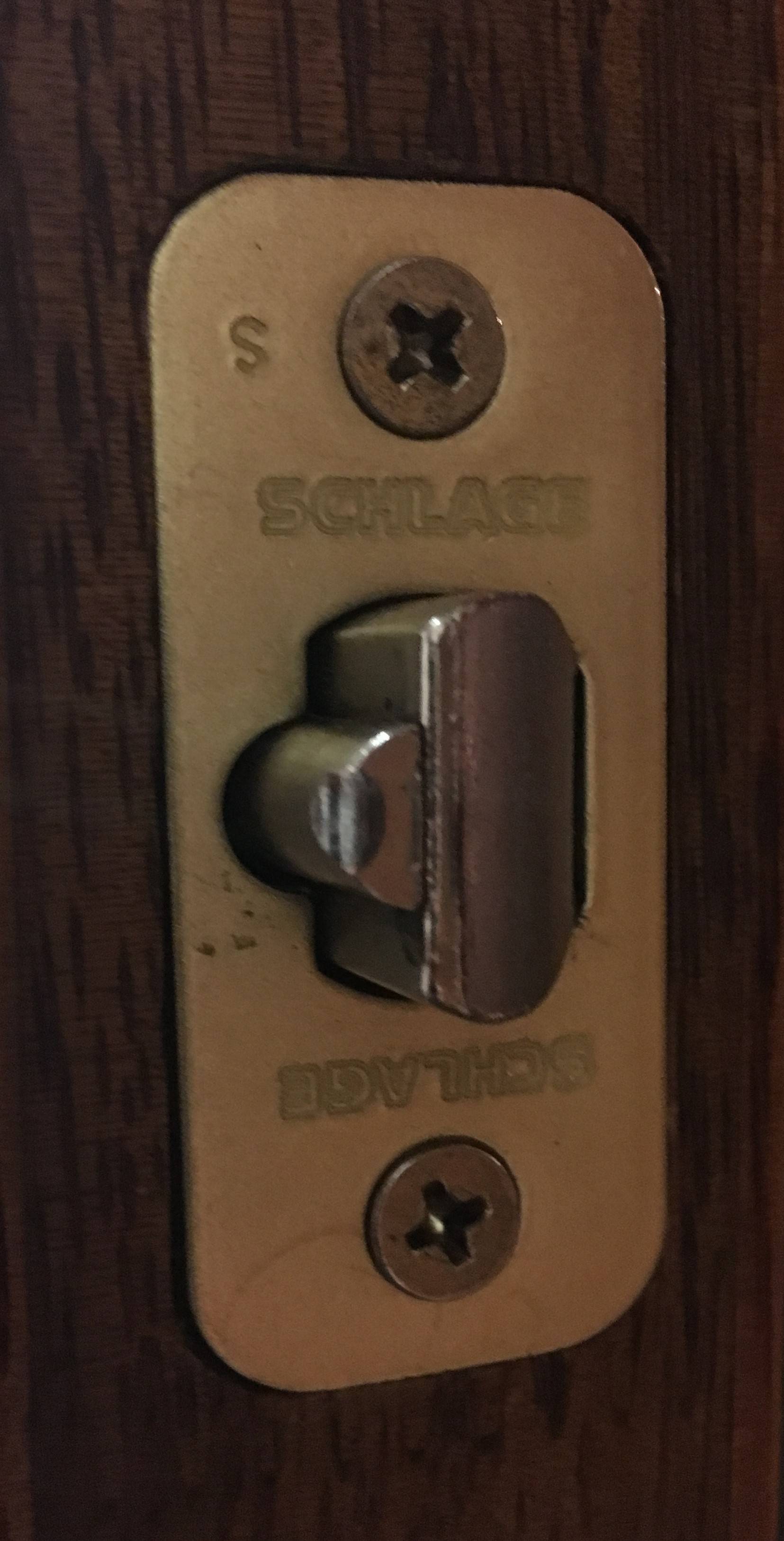 Finally got around to finishing this -- I had to replace the latch again because the latch jammed as it has before from wear on the dead latch mechanism.

So in the end I did remove the strike and toothpick'ed the holes, redrilled, and moved it slightly towards the outside. It was surprising how finicky this was to have the door click shut with an appropriate amount of force and still have the deadlatch not fall into the pocket.

In anticipation of having to move it several times I used shorter screws until I was sure of the position. I also used shims (pieces of 14g wire) and tape to hold it in place during testing.

If I'm understanding you correctly the long bottom strike plate is the problem. From the picture it looks like the plate needs to move forward and be mortis in deeper. Mark new location and remove the wood. The hump can be flatten some if needed. As for the old screw holes insert a small wood dowel with glue into the holes, you will want a sung fit, allow to dry. Test first just using one screw on each side in case adjustment is needed. 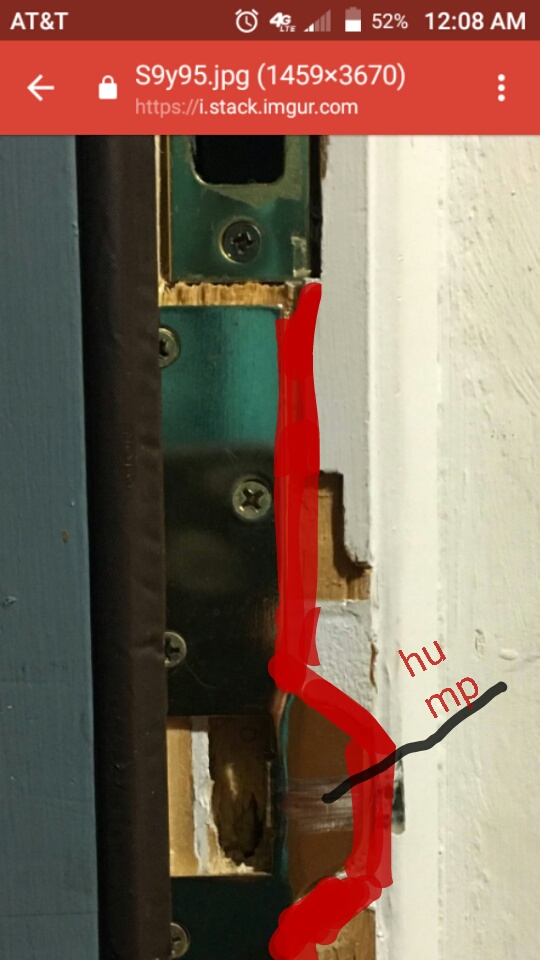 2
How can I adjust door in jamb?

3
Gap between door and frame is too large at latch location
3
How can I remove the interior side of a Kwikset handle set with "interconnect"?
0
How to stop door knob latch from twisting and sticking on strike plate?
2
Lock can be opened with credit card even when deadlatch is fully depressed
0
Finding replacement upvc door keeps
11
Do I need this special strike plate on my laundry room to garage entry? It's creating problems with a new lock
3
How to secure a door lock's box and strike plate? It keeps shifting