Shower arm - thread sticking out of wall is too long

I want to reattach the shower arm to the shower wall, but I'm hoping there is a more appropriate method than using an adhesive. I'd really appreciate some advice on the following 3 potential options:

1) Replace the shower arm with a new normal diameter shower arm that can fit a standard shower arm flange or escutcheon. But if it do this, I'm still concerned that the flange/escutcheon won't lay flush with the shower wall because of the protruding threaded pipe.

3) Try to cut the threaded pipe down to size so that a flange/escutcheon would lay flush with the wall, though I'd need too make sure that there is enough thread on the pipe to allow such a cut. 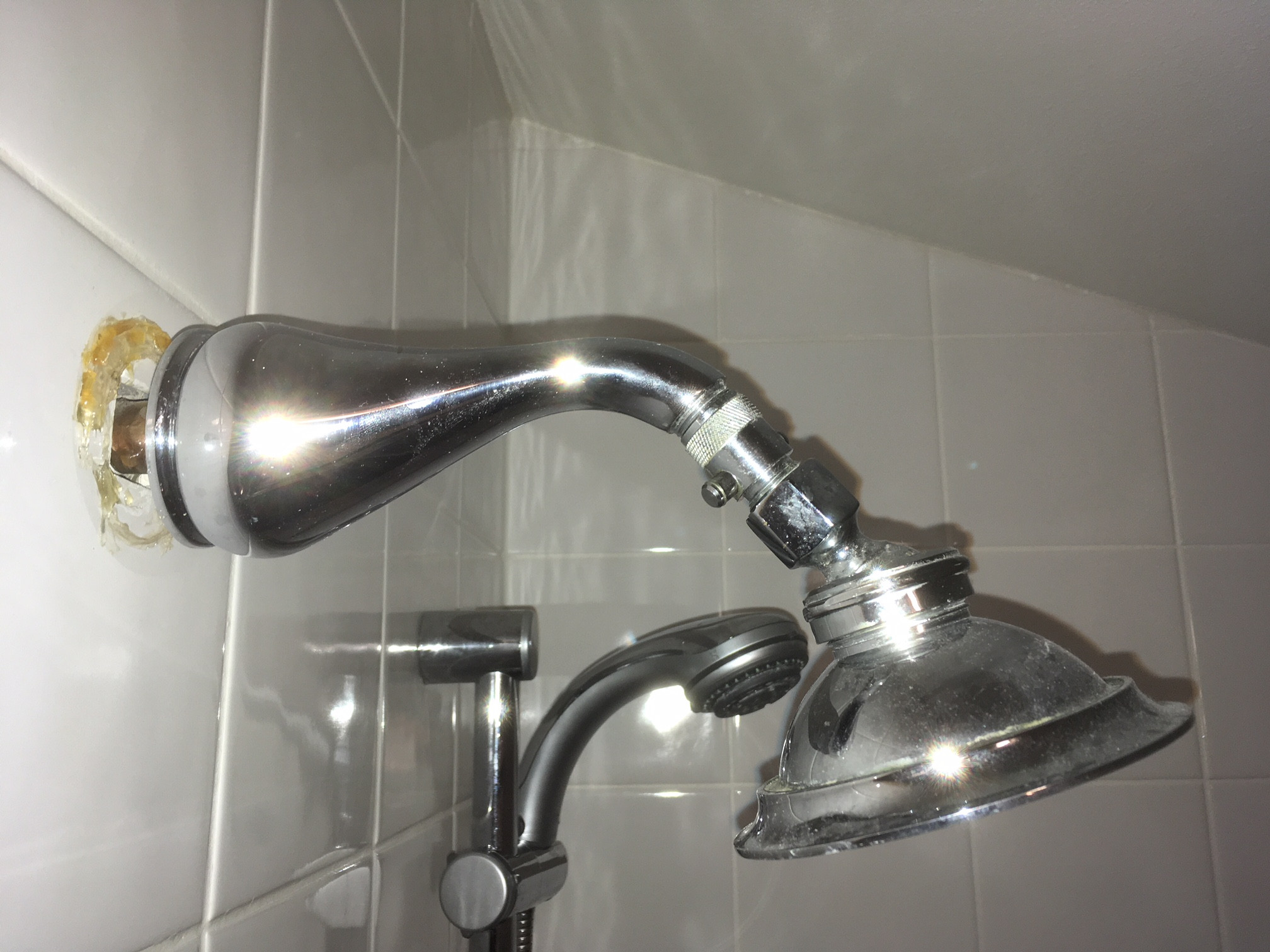 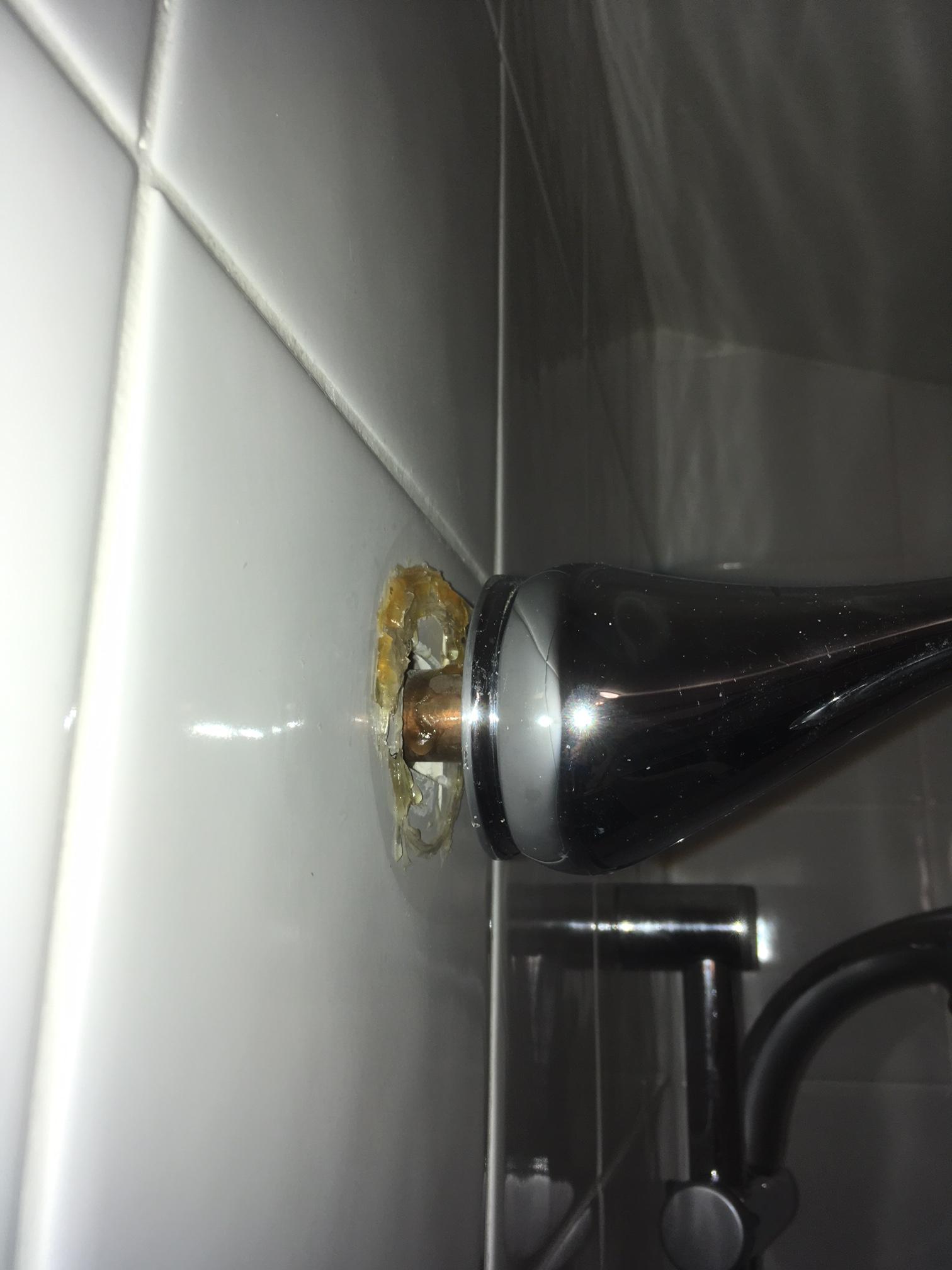 UPDATE IN RESPONSE TO QUESTIONS:

Thanks for the quick response! The county is the US (Seattle, WA). I removed the shower arm from the shower wall in order to get better photos and learn more. The threaded tube coming from the wall appears to be a standard pipe nipple, about 2cm diameter (about 3/4 in) and probably about 3-in long. I say probably because I was not able to unscrew it from the shower arm, but I was able to unscrew the whole assembly from the water pipe behind the wall. New photos are below. Now I'm thinking I should just buy a shorter nipple and a new shower flange/escutcheon and shower arm - what do you think? 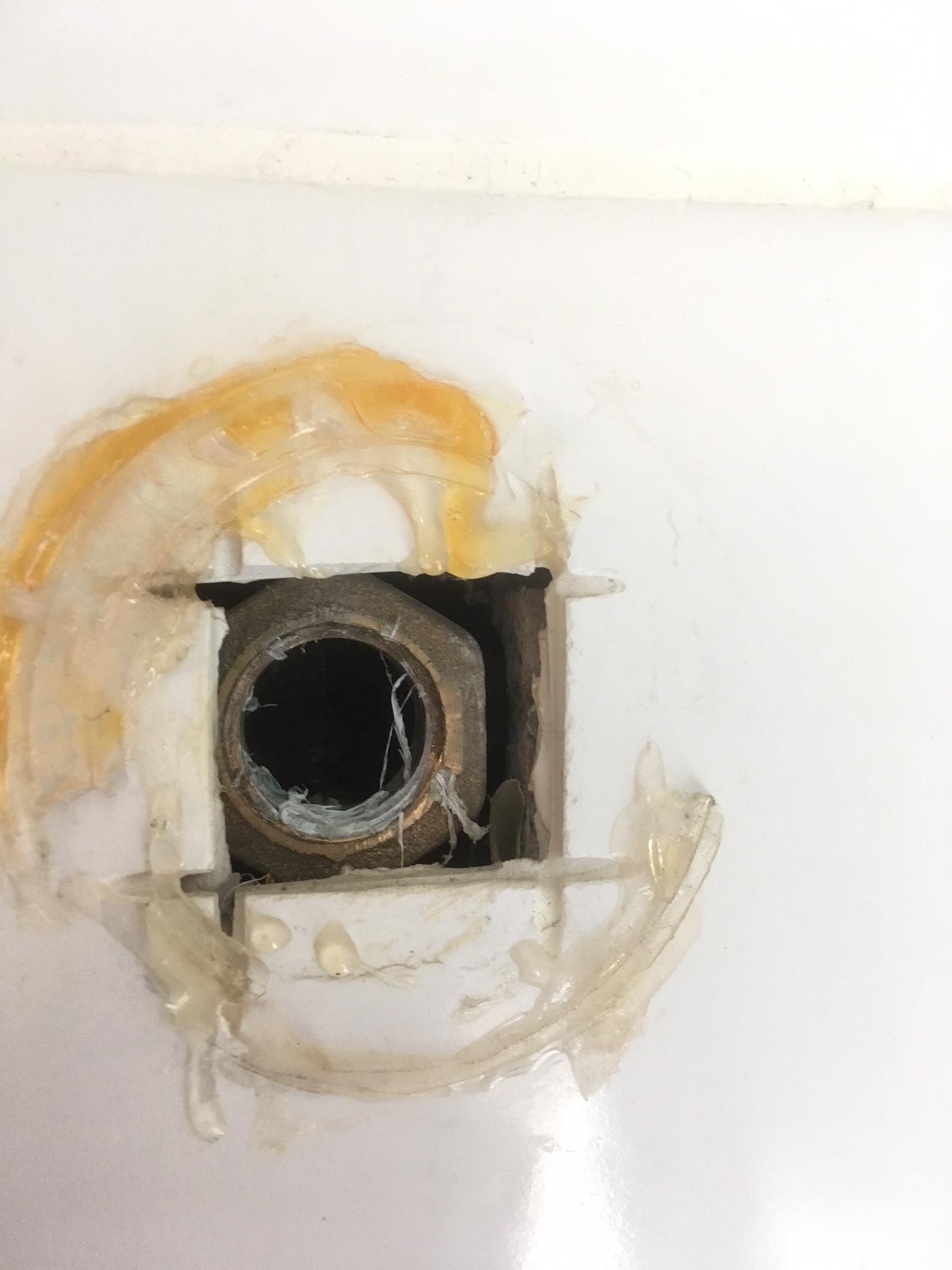 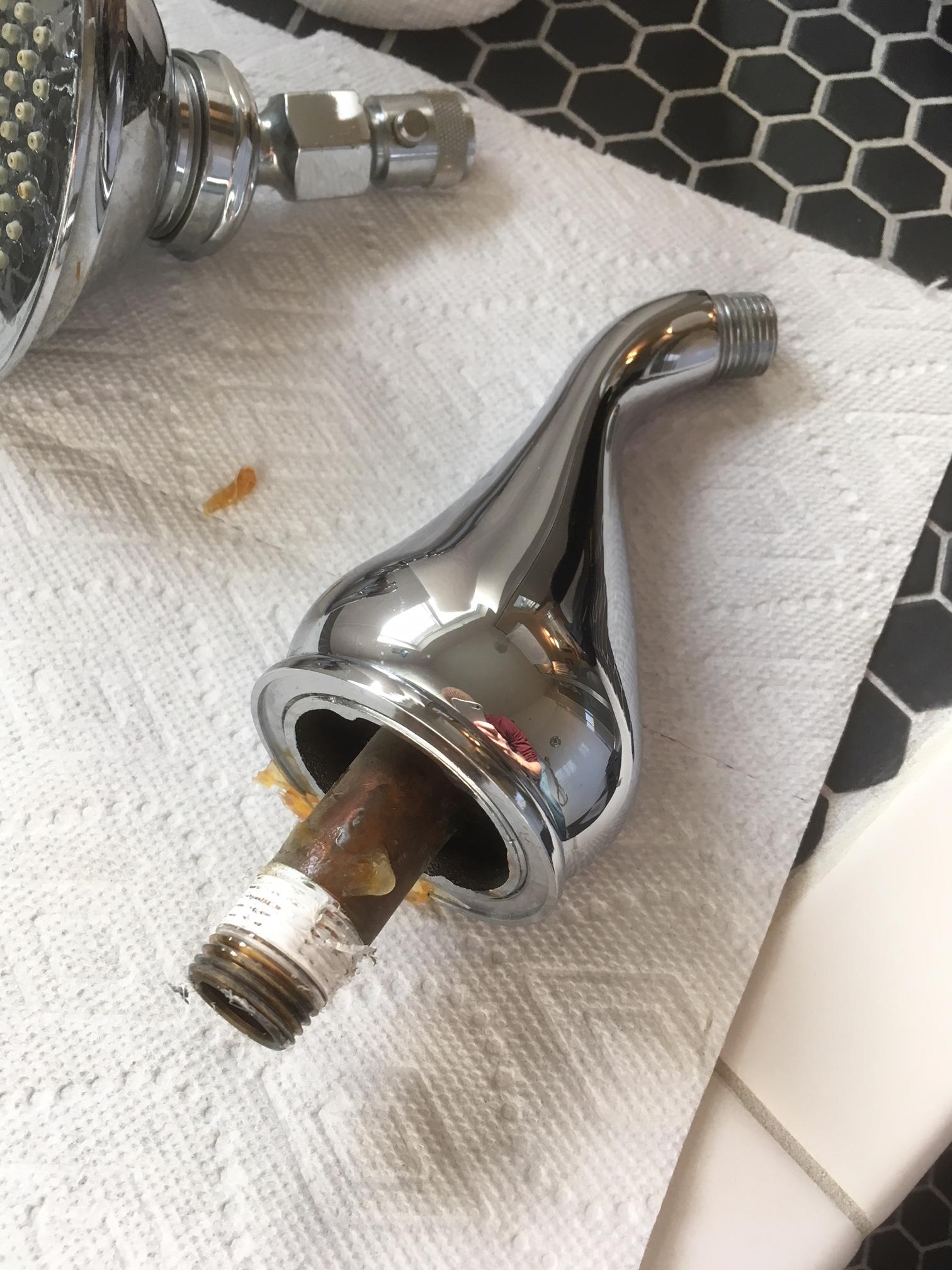 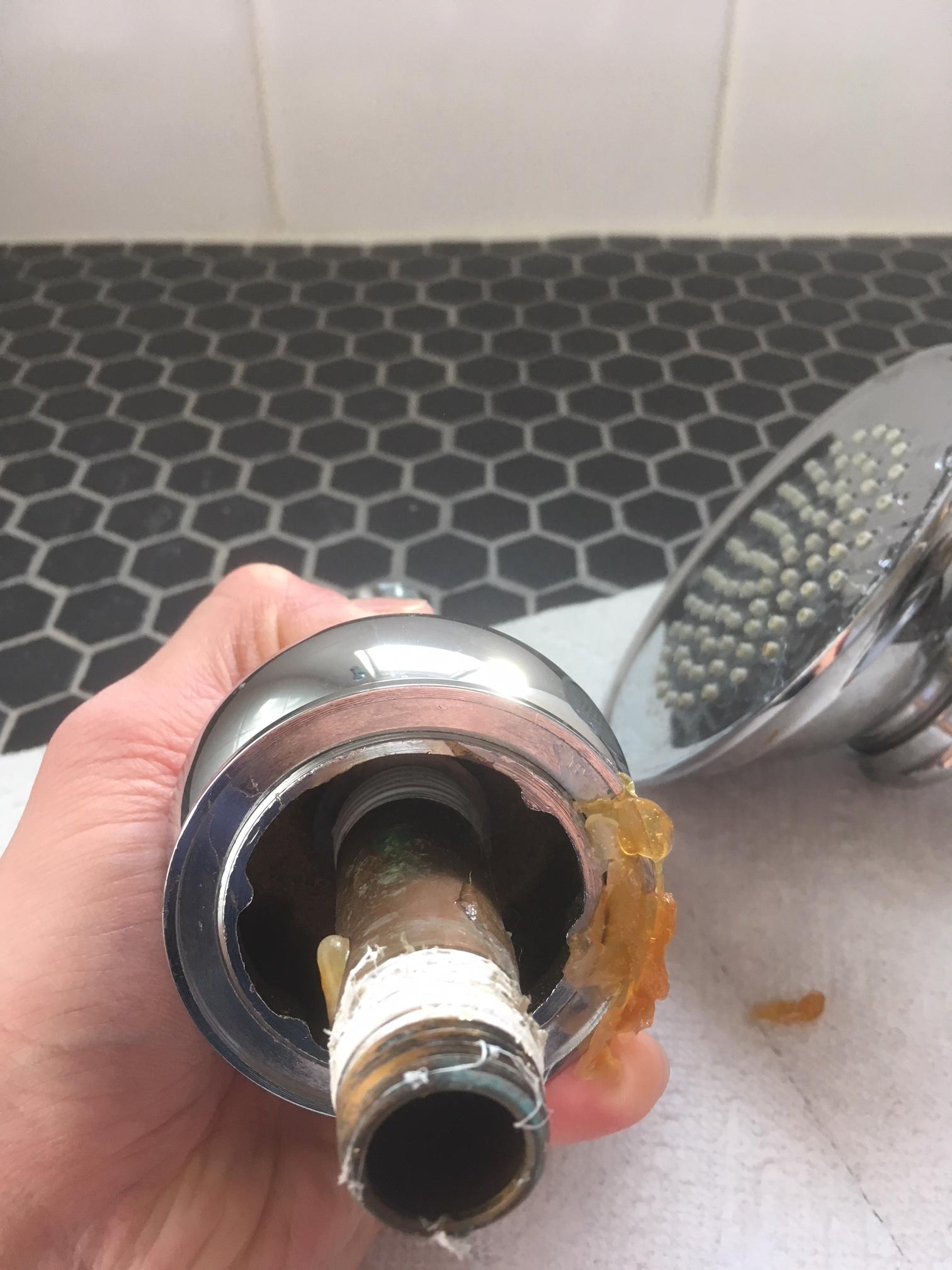 So I installed a new shower arm tonight (photos below) and have a few follow up questions:

1) In the end I opted not to use the brass pipe nipple and connected the new chrome shower arm directly to the threaded pipe in the shower wall (after wrapping the thread with new Teflon tape). Is this okay to do or do I need to use the brass nipple extender in order to ensure a proper/secure fit?

2) The shower arm wobbles around (which is another reason I assume the previous owner used an adhesive to fix the shower arm to the wall). I'm assuming this is because the elbow connector behind the tile has not been appropriately mounted to a stud. Any suggestions for stabilizing the shower arm so that it doesn't move around? The only thing I could think of was to use expansion form behind the shower flange. 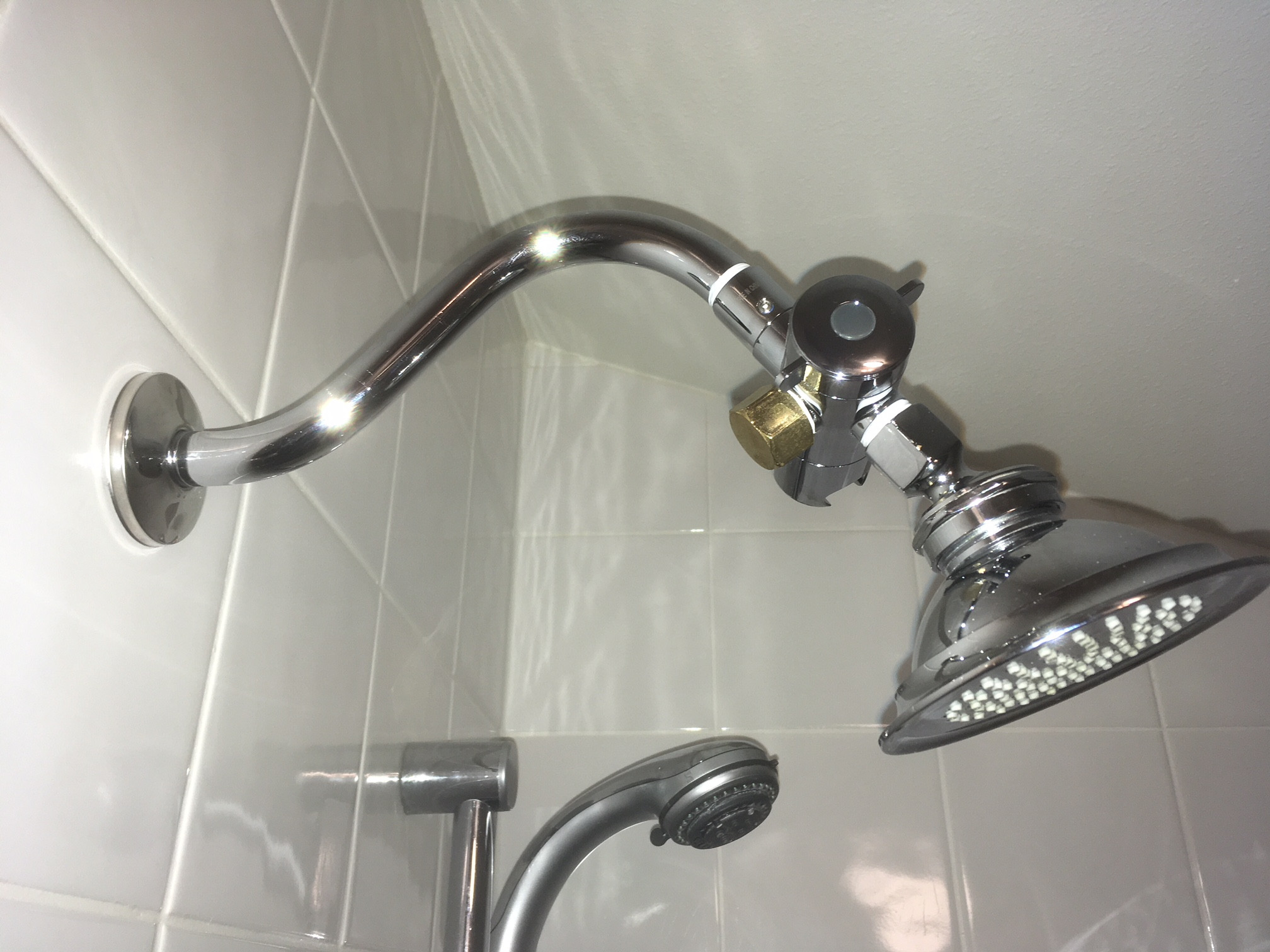 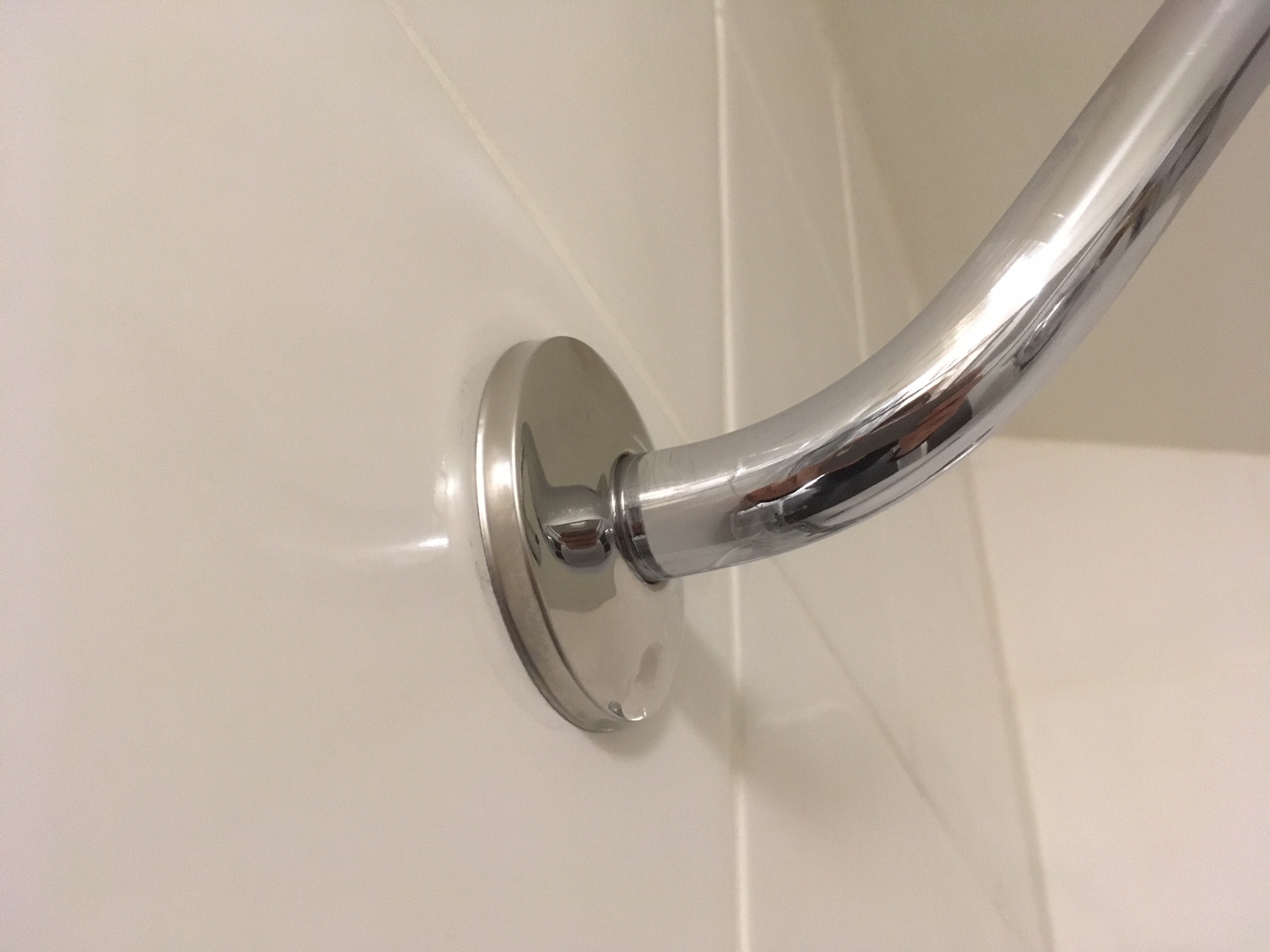 The nipple going to the shower head is too long. A simple fix is to measure the gap, then remove the nipple and deduct the gap distance and purchase a new one. I would recommend a brass nipple because there will be less issues with dissimilar metals that can eat away at the pipe or shower fixture.

If you cannot find the right length a new nipple can be made using 1/2" copper and 2 male threads. This will require some cutting and soldering but the exact length can be made if needed. Get some Teflon pipe tape or liquid sealant and coat the new nipple threads. I install the pipe into the wall first and snug it down then the shower head assembly. Use caution when tightening because you don't know how the elbow or 90 in the wall is anchored.

The picture below is of the type of fitting you likely have in the wall. Normally these are fastened to a stud or spacer which holds the pipe solid and allows you to tighten your extension pipe securely without worrying about damaging the piping behind the wall. You may be able to see through the hole to confirm you have this type of fitting and that it is anchored with a screw in each "foot." 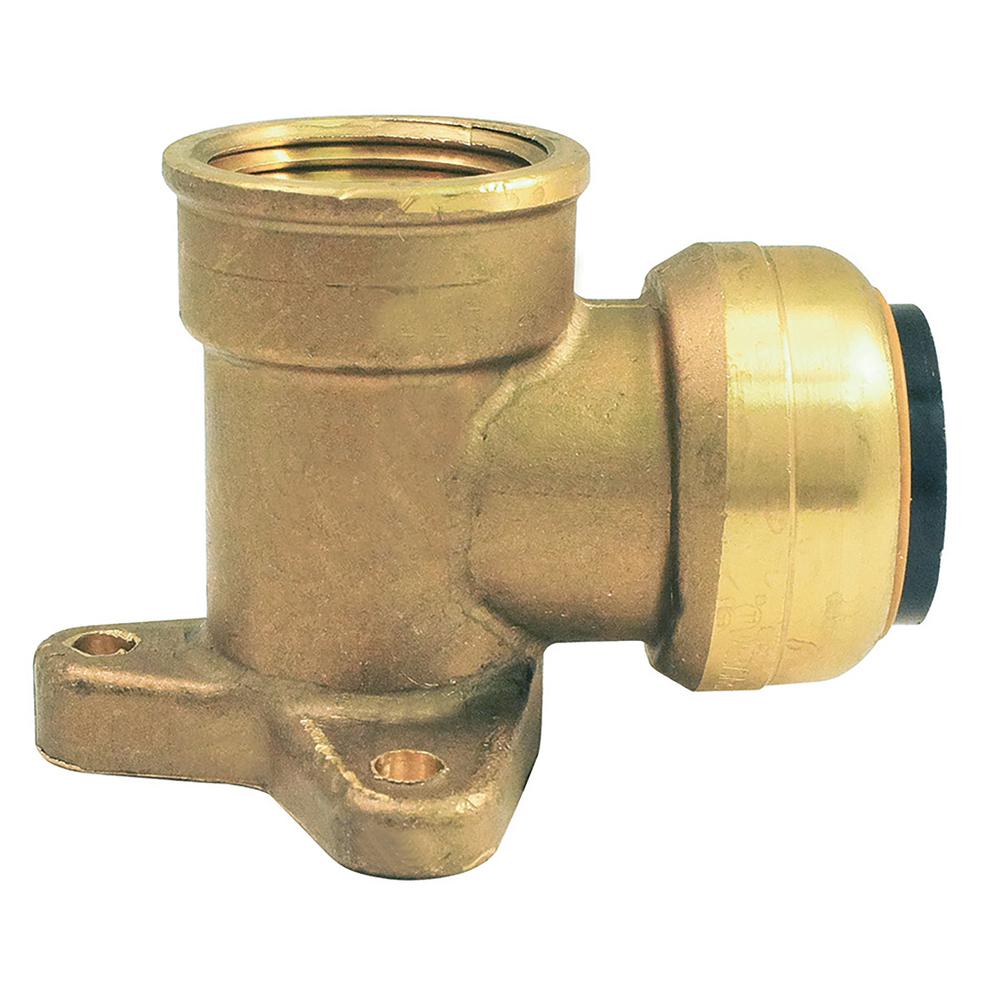 1
How can I connect a bath wall spout intended for copper to a brass water supply outlet?