So, I attached a TV wall mount to the wall yesterday and everything went fine right up until the end. The wall mount is attached with 4 lag bolts in a square pattern with two each on two adjacent studs. I followed the instructions exactly, pre drilling each hole to a depth of 2.5 inches with a 7/32 inch bit. As I was just finished tightening up the last bolt (bottom, right), I heard a cracking noise which I assumed was the stud. I stopped tightening immediately, but I was basiclaly done anyway. I checked with a stud finder and in fact I did drill the pilots really close to the outside (right) edge of the stud. The end of the stud just about touches the edge of the washer. I'm not sure how to proceed. The mount feels rock solid. The TV I intend to hang weight 56 pounds.

One other data point, is that I realized after the fact, that the corner edges of the mounts had actually broken through the drywall a little bit. Is there any chance that the cracking noise was the drywall? Or alternatively is the fact that it broke through the drywall evidence that hte stud is cracked? I've hung a couple of these before and always snugged them down pretty good and never seen that before. Anyway, what would you do? Should I try to hang the TV? Should I move the mount down three or four inches? Other alternatives? 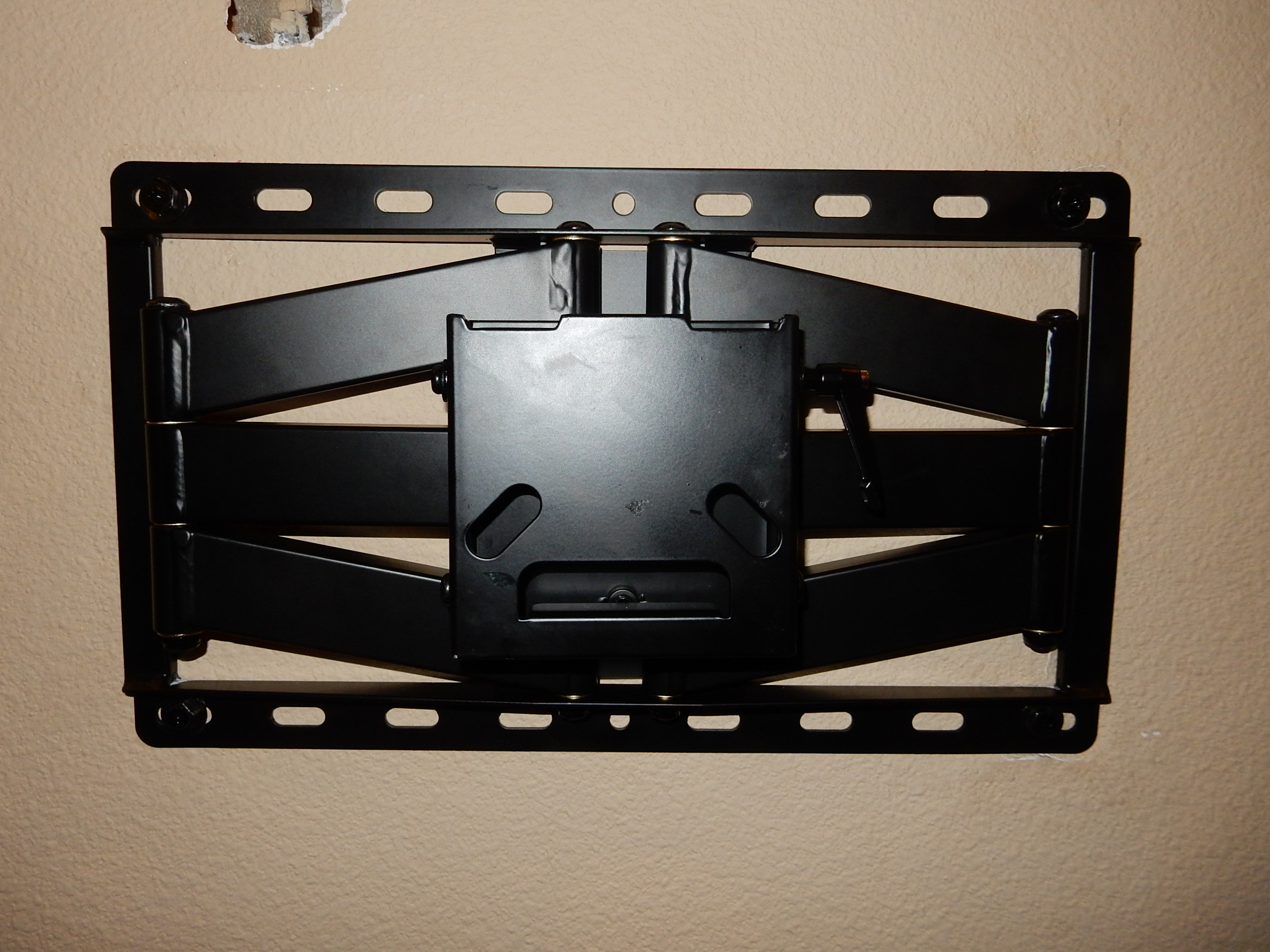 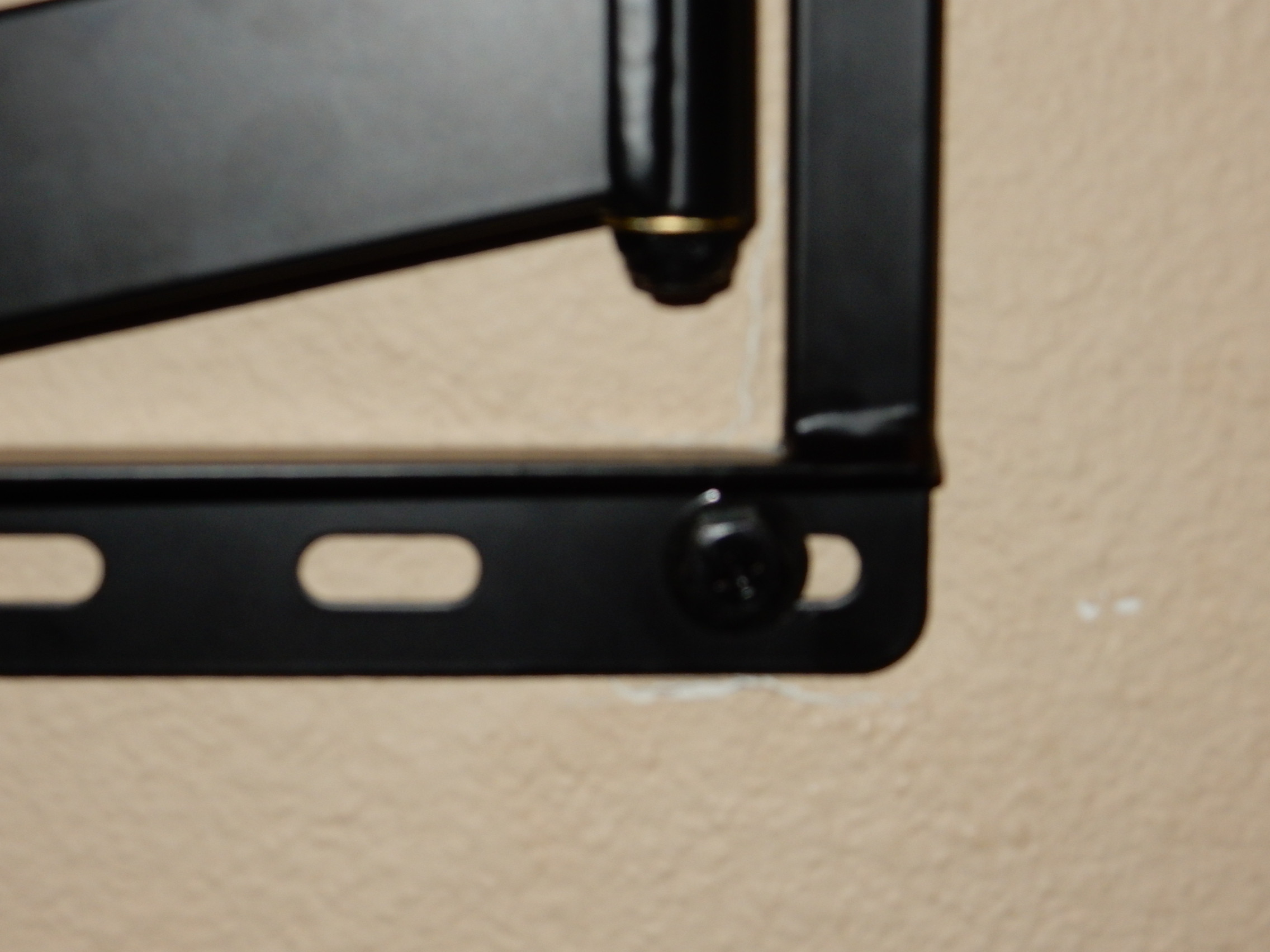 If you have three good solid lags in predrilled holes that is more than enough to support the TV. I suspect that you did break off the edge of the stud. You can always drill the metal of the bracket over a 1/2" and put in a new hole. Go Luck and happy viewing.

3
Can drywall harden or become brittle over time? Or, am I dealing with plaster?
3
Mounting Full Motion Mount on a Single Stud
1
Mounting a 32" LED TV to Dry Wall without Stud Support
3
Mounting a TV wall mount to stud where A/C is detected
2
Articulated arm wall-mount (13lb. LCD monitor), 25 gauge metal stud, 3/4" drywall
2
Mounting a TV on a wooden wall stud with ~42cms of extension
0
I was installing a TV mount in a new office on a partition wall and ran into some issues