Troubleshooting a 120v load off a GFCI outlet

I have a 120v load im trying to troubleshoot, i replaced the GFCI located in garage as it's the first termination after the breaker and i thought it was the issue.

Before and after GFCI the issue was losing power to the garage door, and outdoor waterproof outlets (4 outside). I began by testing voltage on the outlets, and found the garage door outlet has 88v between hot and neutral, but 120v between hot and ground. I believe there is one WP outlet on the load before the low voltage outlet, and it is testing good 120v.

The other outlets after the garage door with the 88v have less than a volt on the live vs neutral but good 120v between live and ground.

The thing i am really puzzled by is the outlets worked for about a week after the new GFCI, i plugged a string trimmer in and it didnt work so i was back to troubleshooting.

Two days later, i was going to pull the meter out and test voltage once more and a continuity test on the neutral line throughout, but voila the lights on the garage door lit up and started working.

A few hours later, door was still on so we decide to plug in a halloween inflatable to a waterproof outlet and see what happens... well what happened is it never blew up and the garage is back out and to 88v once again.

I have checked neutral continuity once before changing GFCI outlet and it was good. Since its happened again its making me lean back toward a break in the neutral; but why would it make again a few days later?! The house is only 2 years old and was built in 2015..

Since you read my long winded ordeal, whats your advice? Another GFCI? Maybe it IS neutral line.

Sorry I was a little tired last night after work.. some clarification.

When I hear weird voltages and intermittent, I think LOOSE NEUTRAL. 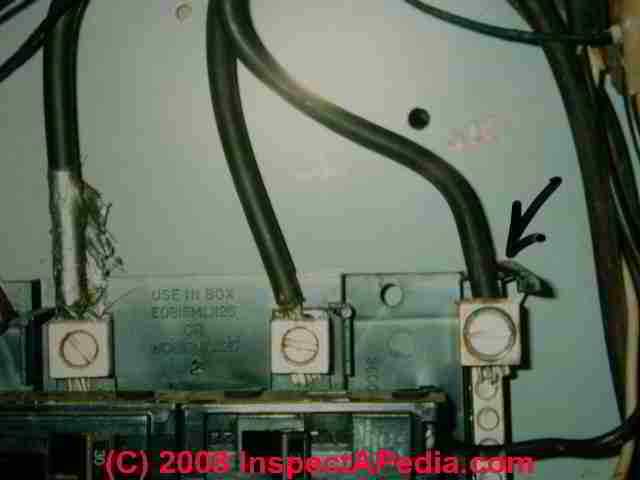 The neutral bus in the panel that feeds the circuit your garage door is on is not securely attached to the utility company's neutral.

If you're lucky, the mistake is in a sub panel and easily fixed. If not, it could be he main panel, though that is less likely because ground and neutrals are supposed to bond there. It could also be behind the meter, or at the utility's transformer.

Go check some 'good outlets' that come from the same panel. If you see voltages higher than 120, or really any odd voltages, shut off the main breaker, and fix the neutral. A loose neutral causes voltages on each Hot to vary wildly depending on load, and can easily damage devices in your home.

With the meter pulled, I'd recommend you check all three lugs in the main panel, and in every sub-panel if you have them. I've heard stories of "licensed" electrician forgetting to tighten down the lugs. And once a service is live, nobody in their right mind is going to poke or prod at the service conductors in a panel. So it'd be hard to notice.

While the mater is out, a utility person will be there anyway. So ask him to check the utility's lugs too and check for a loose neutral on their side.

I'll also go on to note a couple mistakes in your original question that I'd like you to correct, or clarify.

The other outlets after the garage door with the 88v have less than a volt on the neutral side but good 120v between ground as well.

What's that. Did you mean outdoor outlet with weather resistant cover?

it is testing good 120v between ground and neutral.

That wouldn't be good. That would be extremely bad. There should be negligible voltage between ground and neutral. Ideally none. Certainly less than 1-2 and then only in a very large house.

The other outlets after the garage door with the 88v have less than a volt on the neutral side but good 120v between ground as well.

Again. Incomplete picture here. When you give us a voltage, you need to say between what two points you were measuring.

(on the branch circuit past the good outlet).

The "88V" is a ghost voltage that is induced via capacitive coupling off the hot wire. It can only be seen with a sensitive meter like a common DVM, even the slightest load will extinguish that reading, even the jeweled needle movement in an analog voltmeter. It means "this wire is floating/disconnected but runs parallel to an energized conductor for a ways."

So 2 new ways to measure with your DVM:

But why all this testing?

In the time it took to read the above, I'd have had the covers off the first failing socket and the last good socket upstream of it. The problem will be in one of those two places, and it will be obvious.

I bet "back stab" connections are involved. Don't use those and eradicate them from your house. (screw-and-clamp are fine.) Patiently pull and twist the wires out of the back of the receptacle - don't cut them - and I bet you find arcing damage on a neutral. You don't cut them because it destroys evidence and wastes precious wire length.

1
Troubleshooting why 3 Garage outlets have stopped working: GFCI
0
Replacing GFCI 120V with 125v?
0
Can 120v GFCI tester work for 240v source?
3
Appliances plugged in GFCI outlet works but when plugging in the downstream outlet doesn’t
0
GFCI wont reset, replaced GFCI still wont reset
0
Voltage on disconnected neutral wire of GFCI outlet
3
Troubleshooting GFCI fault in garage
0
GFCI not powering on
5
Why does my GFCI outlet trip when I touch it to the wall box?