During the winter, I experienced "Chinese water torture". The bathroom exhaust fan is located above the toilet. While seated on the throne, drops of water would hit my head every so many seconds. 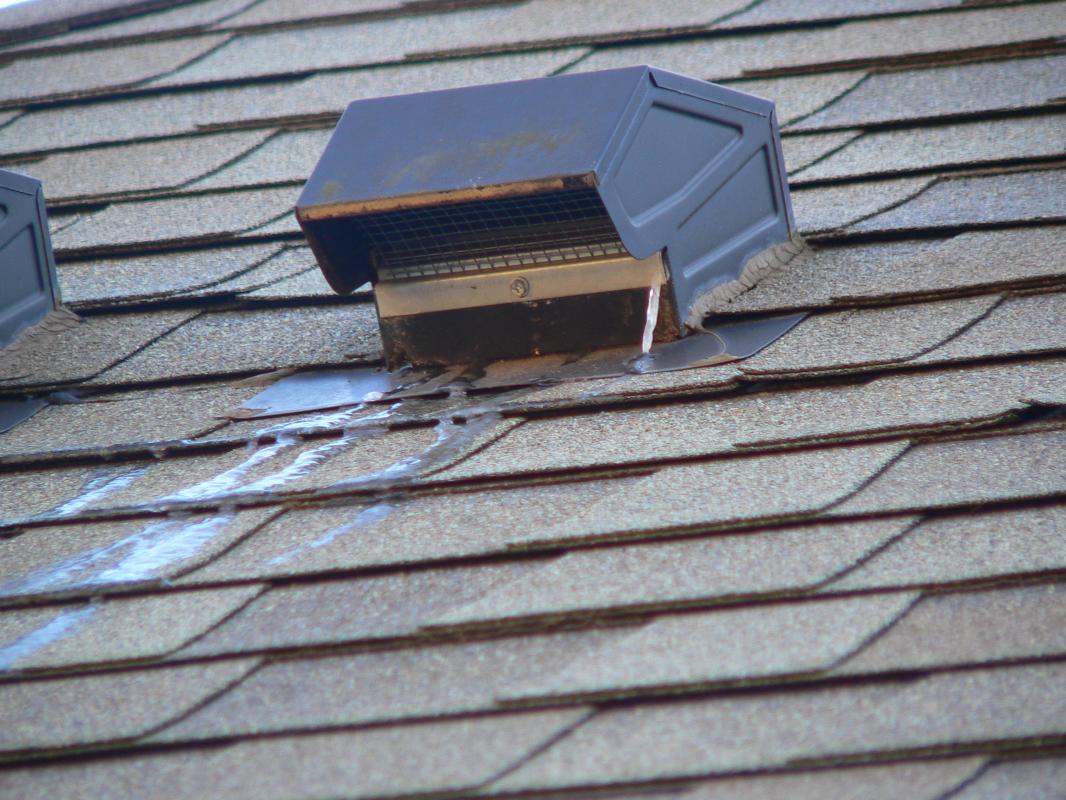 That's an icicle on the right side, and little frozen rivers of water running from the base of the cap. Another roof vent sits to the left of it. A different view: 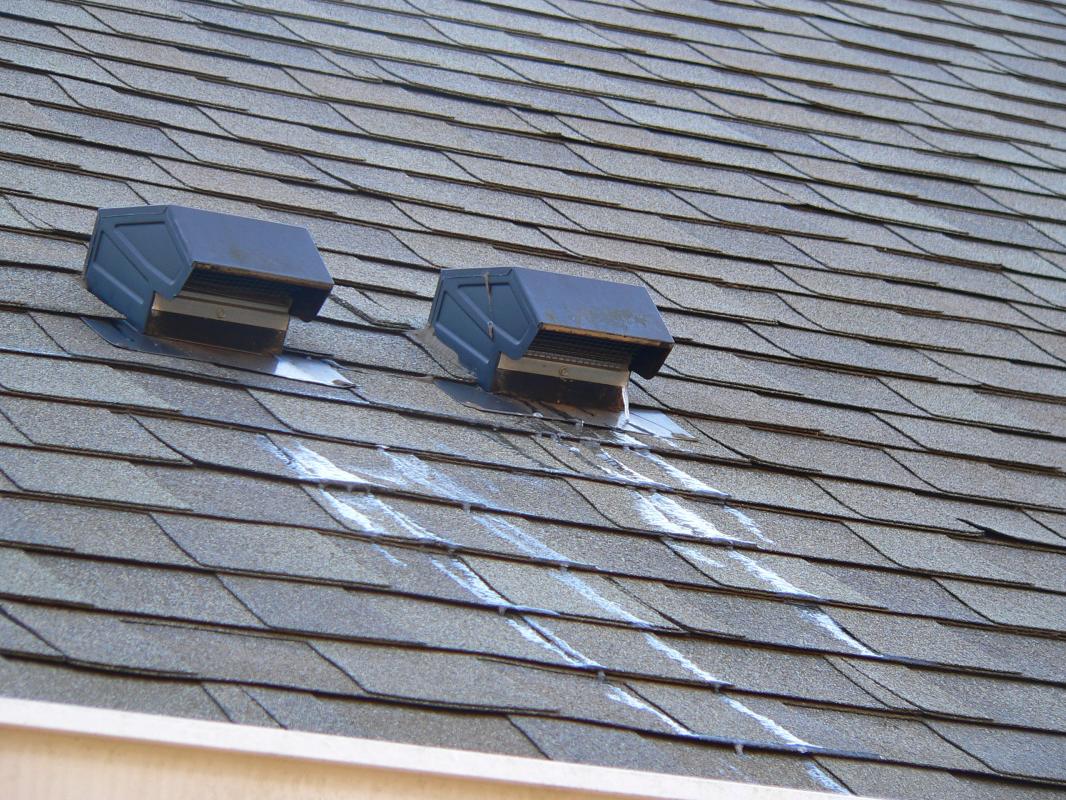 There is some water vapor frozen on the roof from the left one, but no icicles, and no interior dripping from that fan.

My working assumption was that humidity from the shower was condensing inside that hood. Some of it ran back down the duct and dripped out (I actually saw the water inside the duct), and some dripped from the vent to form an icicle.

I thought I had solved it by waiting for a warm day and then running the fan to dry out the residual water in the duct, then ensuring that the fan ran for a long time after a shower.

It's now mid-October, the weather is still warm, and I just experienced the dripping again. The attic is still hotter than the house, so I wouldn't expect humidity from the shower to be condensing in the duct at this time of year.

The only water source I can imagine is rain blowing into the vent. Perhaps there's a dip in the duct to the left vent, so the water stays trapped in that one and eventually dries out. 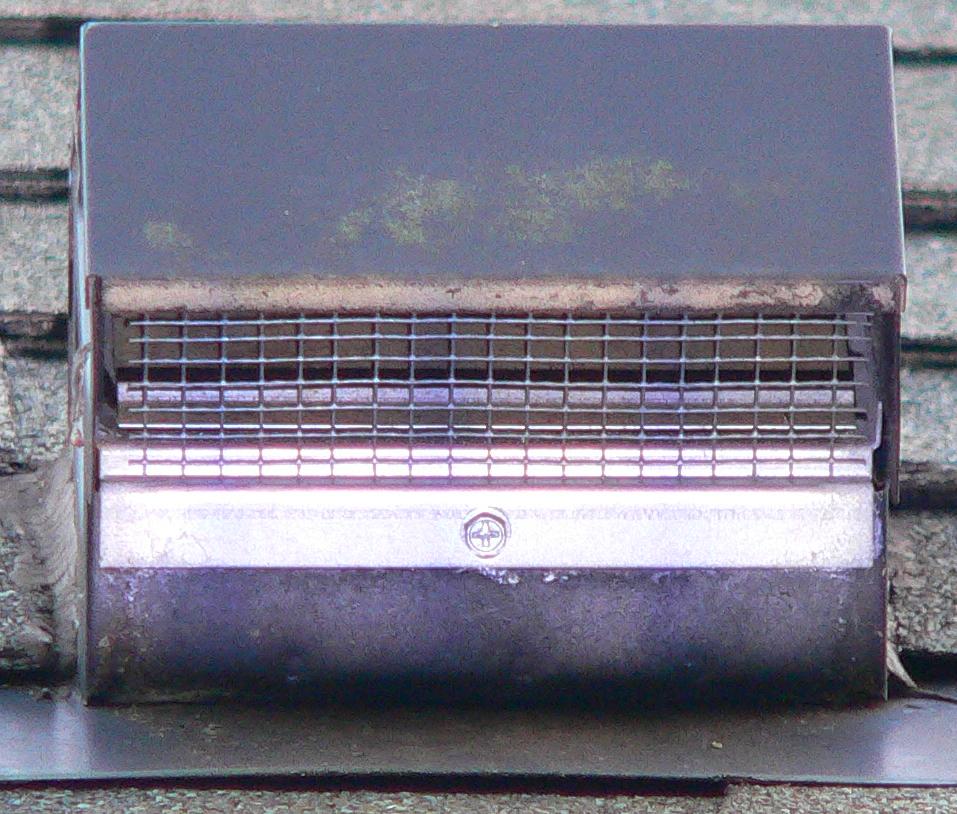 The vent cap does appear to have a damper, although it likely isn't water tight. So some amount of water might get by in heavy rain. It wasn't raining at the time of the recent dripping, but there has been a lot of rain in recent weeks. Small amounts getting past the damper over time could collect in the troughs in the accordion duct until there's enough to flow (but that wouldn't explain why it would wait for a day after the rain to start flowing).

There are four identical vent caps on the same section of roof, exposed to the same rain. One farther to the right is for a fan that gets far more shower use. Only the one in the picture gets icicles and water running from the cap, and drips from the bathroom exhaust fan. I can't think of a water source that would affect only the one fan, and in both warm and cold weather.

Replace the mylar ducts in your attic with insulated mylar ducts. Run it longer than you need to create dips in which condensation can collect and dry out.

If installing an insulated duct does not get rid of the leakage problem you might try changing the exhaust fan with one with a greater efficiency to push out the warm moist air out faster. The CFM rating should not be less than the square footage of your bathroom ceiling. To be sure your fan blower is adequate, I would use a fan with a rating 20% greater than the recommended CFM for your bathroom size. Also pay attention to the sone level. Get one with a rating of 2 or less if at all possible. Finally, if you don't want the fan to operate longer than necessary replace fan wall switch with a timer switch.

Not the answer you're looking for? Browse other questions tagged leak roof exhaust-fan exhaust-vent or ask your own question.