I m trying to replace my old 3way switch with new one, Zooz Z-Wave Plus On Off Wall Switch ZEN21 (White) VER. 2.0

Here is how my wiring looks, the color of the wires is wrong(my guess as traveller should be red): 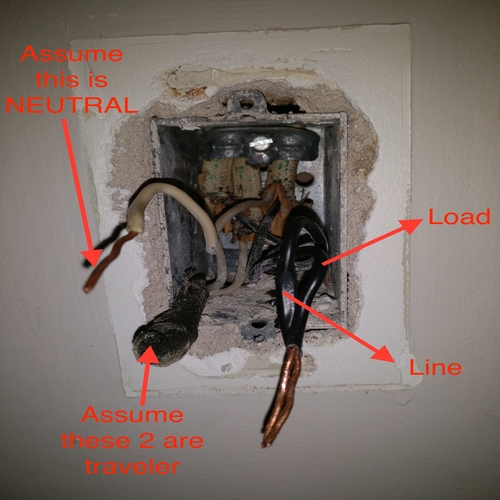 That's why assumed what every wire is. This is how the other side of the 3way looks like : 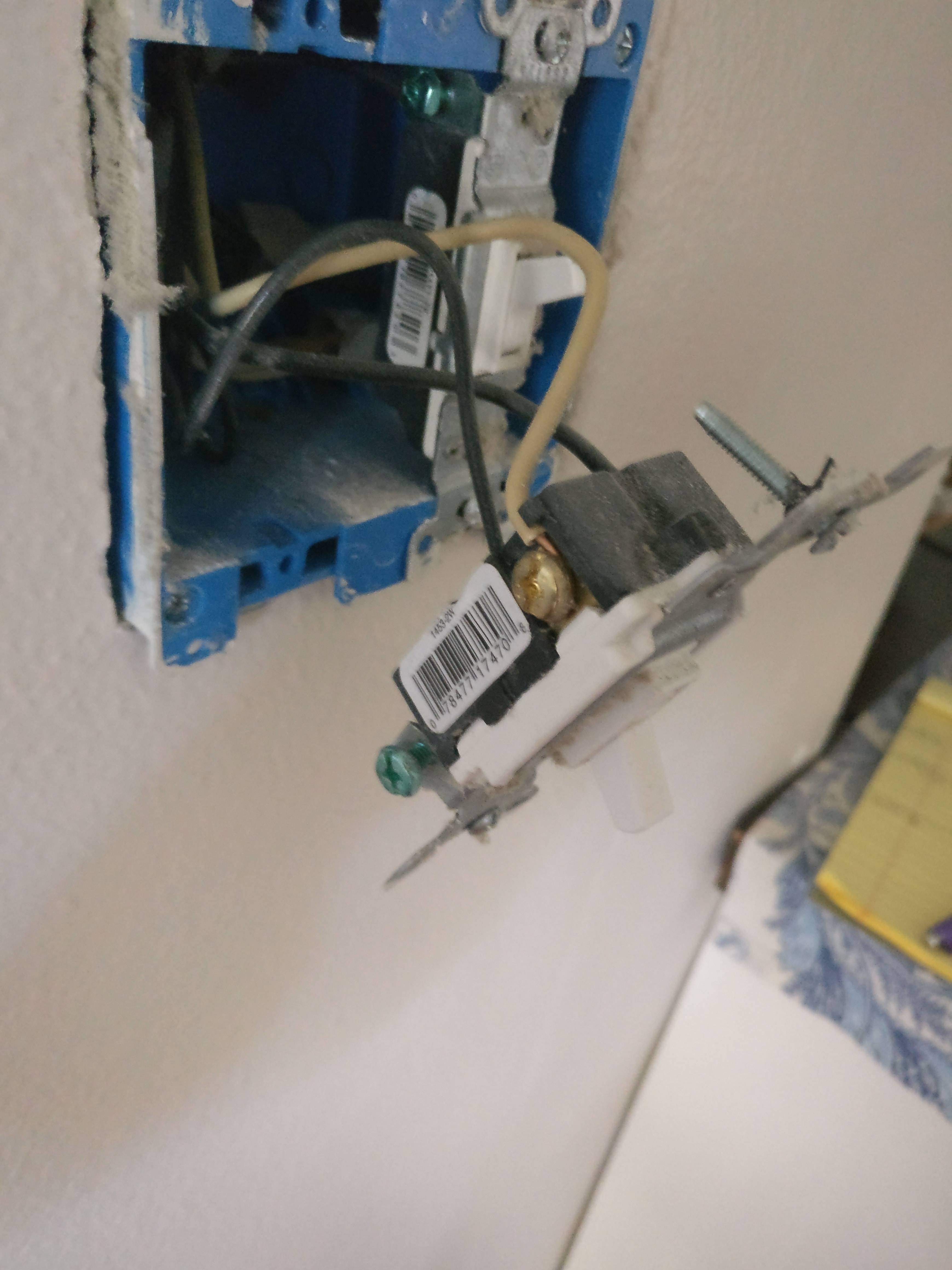 I don't have the photo of the switch I m trying to replace but it looked exactly like the opposite side switch. Neutral was connected on one side, and line and load on the other. Assuming I was correct that white wire is Neutral.

This is the back of my new switch : 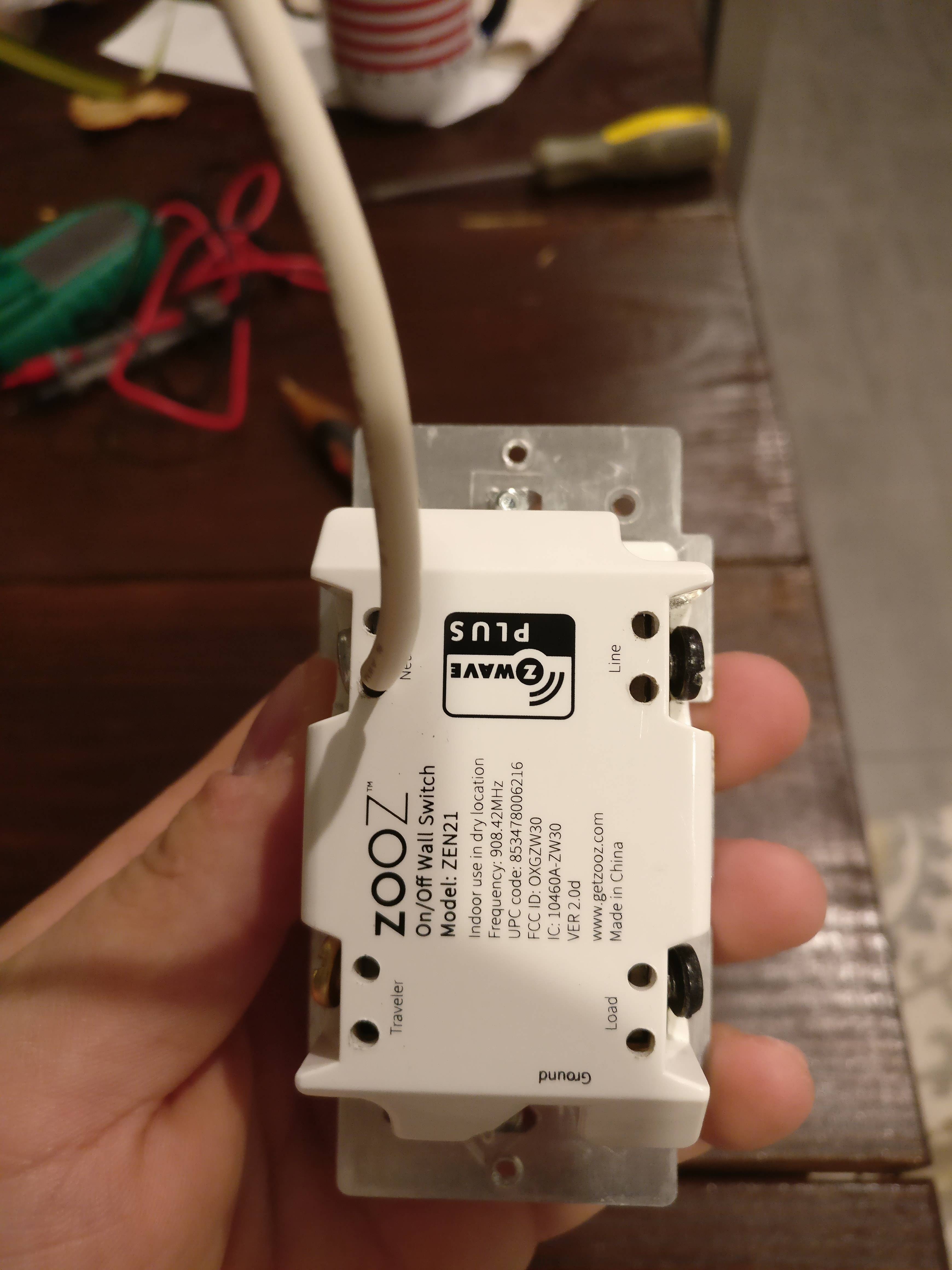 This is how I wired it now, put traveler in traveler, and neutral in neutral, as well as line and load on the other side. Again this is assuming my assumptions were correct in the first image : 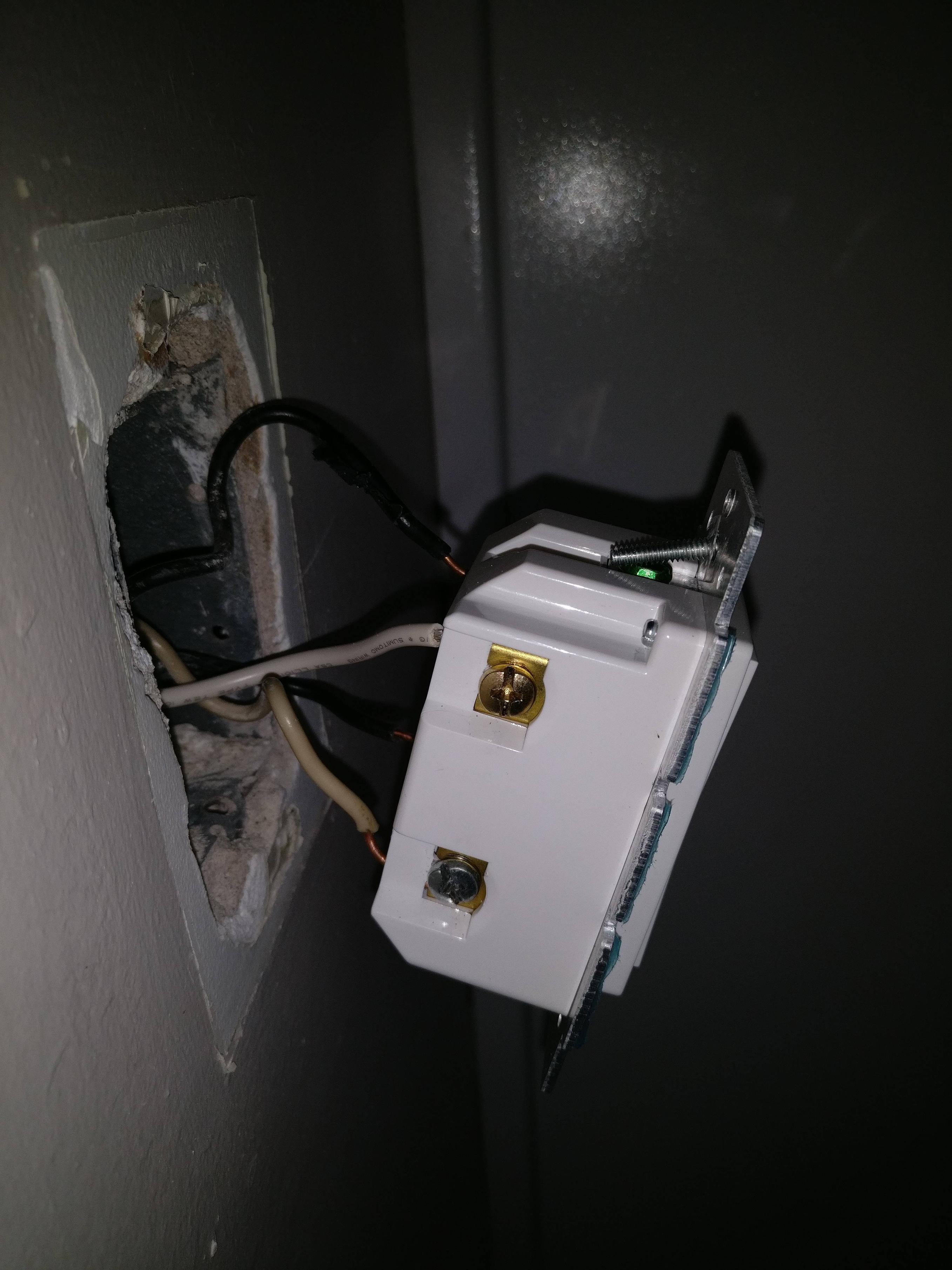 I hope it does not matter in which hole I put the wires in, upper or lower ones on the backside of my new switch. As every type(neutral, traveler, line and load) has 2 holes to put the wire in

The LED light on the new switch turns on when the other side of the switch is turned off, indicating that something is not wired right : 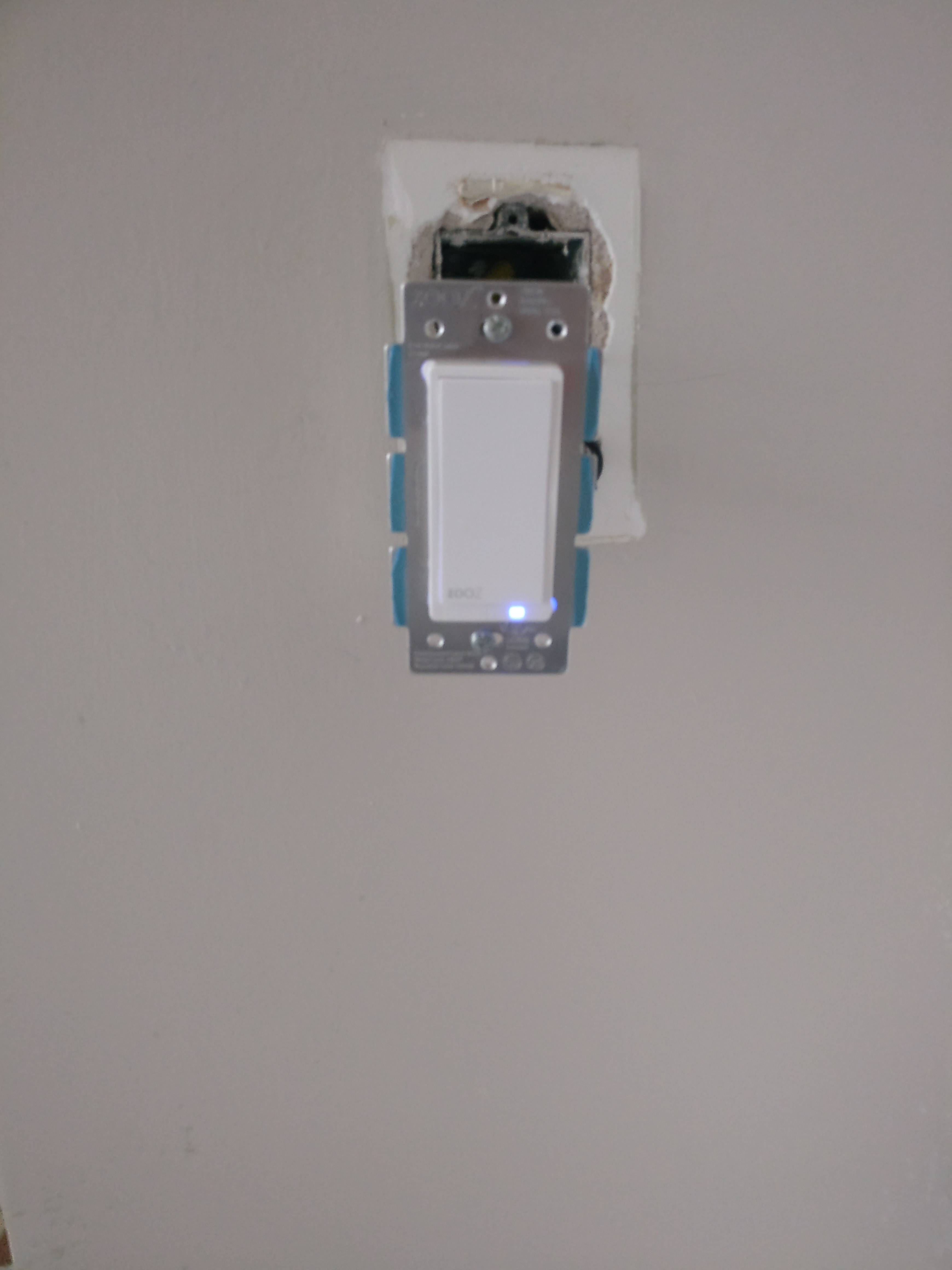 Also turn on/off on the new switch does nothing. What am I doing wrong here? What can I try to wire this right. I mean the old simple switch worked just fine, did I buy something I can't really use on its own, or I messed up the wiring?

Edit 1: The old switch did not make use of the 'traveler' wire, and it worked. Again provided that my guess about traveler wire is actually accurate in image 1.

The light is now constantly on in this scenario, and I can turn it off and on from the other switch (black wires are touching). That would probably mean one of the black ones is traveler wire right? I think I m really close here, any ideas? 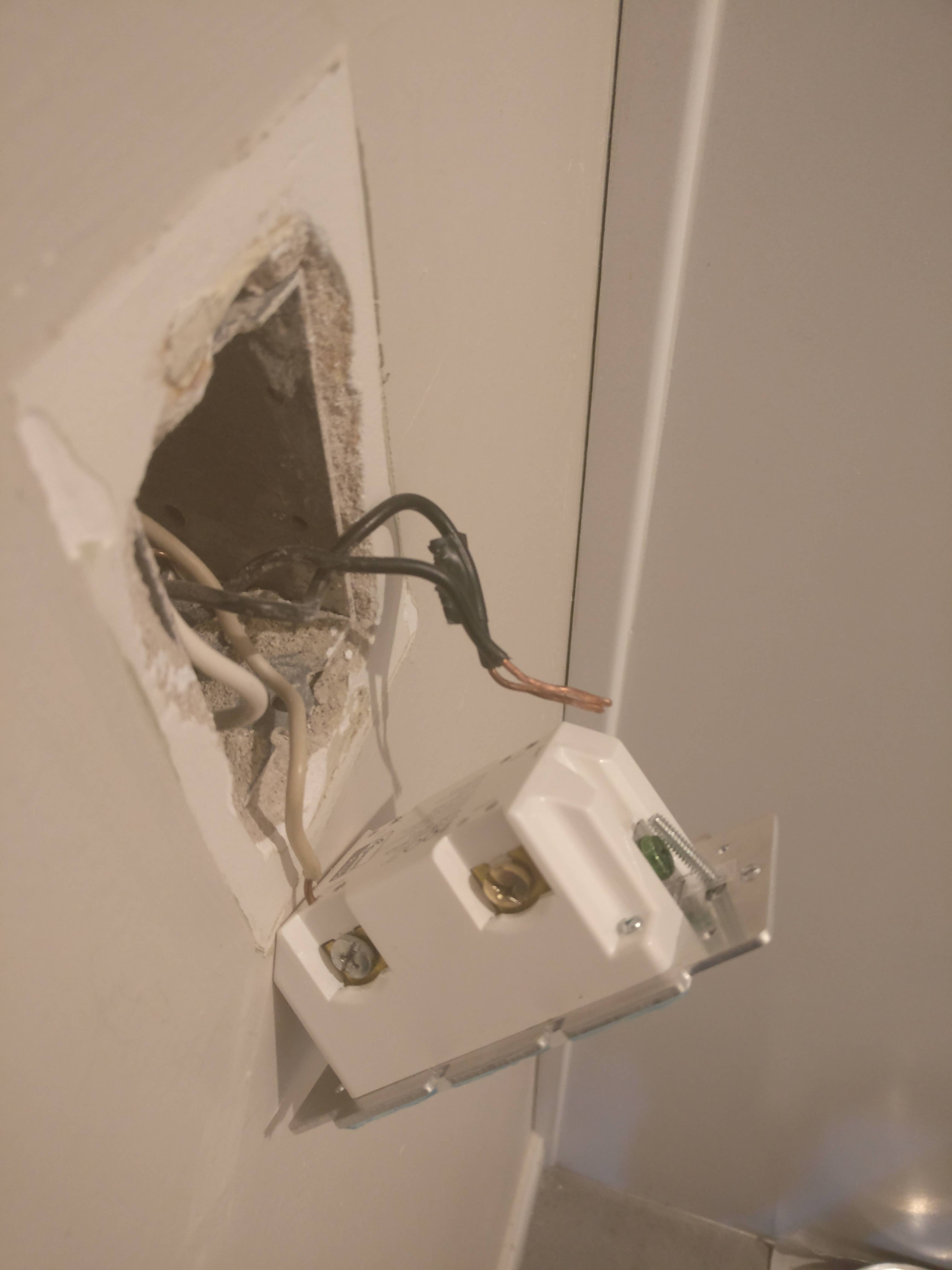 Since Harper pointed to me earlier in comments guessing isn't productive. So I watched this short video to figure out configuration of my switches, there are two. I managed to have these both switches working after watching the video using 'old' switches :

1) Switch A with hot wire, and two travelers. I used exact same steps as explained in video. I do not have any red wires like in video, but person in the video said 'once you disconnect both switches and you find a switch where there is house current, thats a hot one, others are travelers' 2) Switch B(I m trying to replace this switch) with load wire, and two travelers. This is my current setup : 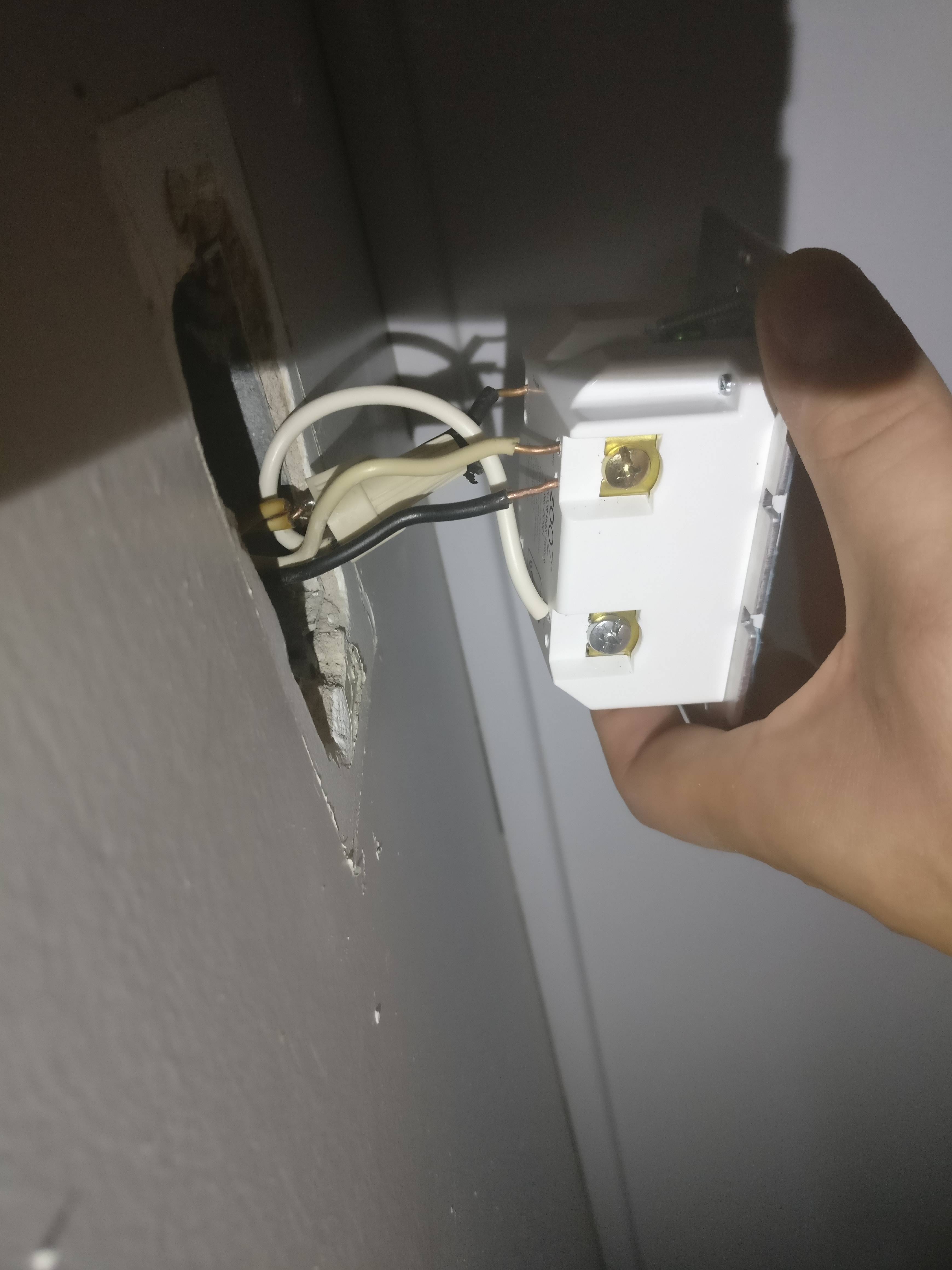 Two travelers into two traveler sockets, neutral from the wall into neutral, load into load. I really don't get why is this working especially because I managed to get the old switch to old switch re-wired and working. Its just how to 'map' existing working wire configuration into this new fancy switch with different labels. For example there is no socket called common, here is a photo again: 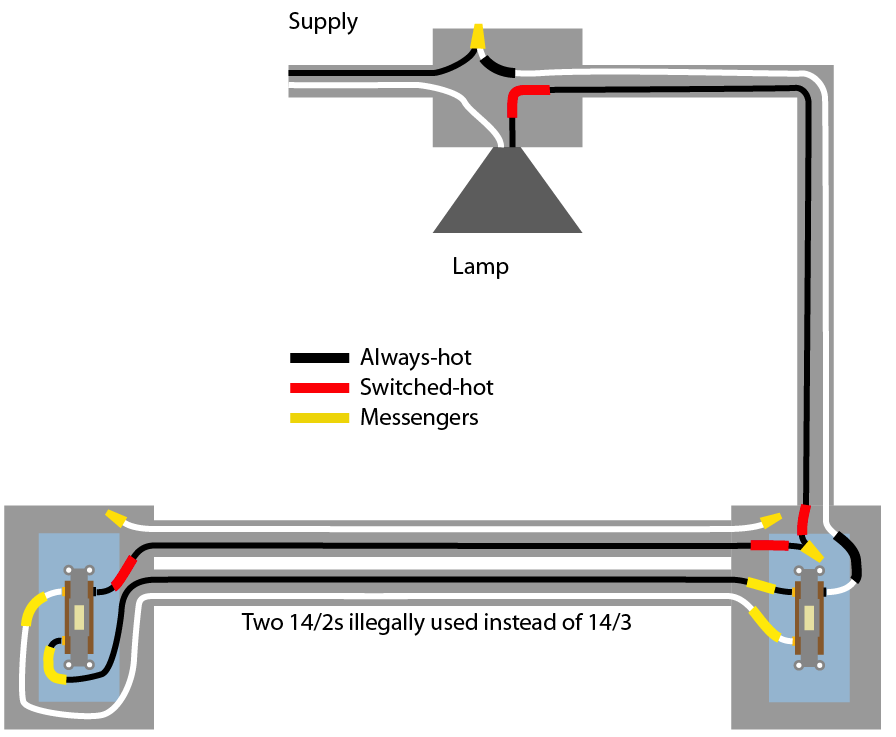 I believe it is a 3-way circuit, and the lack of any red wires, indicates the person used a cheat: using two 14/2 cables paired when he should have used 14/3 (with the red wire). So this accounts for two cables in both boxes. This leaves only one cable in the "smart switch" box. With only one cable remaining, that can only go to the lamp, meaning power is coming into the lamp, not the switch. The entire 3-way complex is a switch loop.

Since all your wires are black and white, I took the liberty of adding tape to color-code the actual functions. Where a wire is taped, think like the tape color is now the wire color. Now in any of these cables, it may be used the other way around, e.g. white for switched hot. In the 2-cable segment, any wire can be any of the functions. I am guessing.

I use yellow for both messengers because they both do the same thing, are both interchangeable (you can swap them and it won't do any harm). However they are not the same, landing both messengers on one screw terminal will not work.

Note that in the first (right) switch box, there is always-hot and switched-hot.
There is no neutral in a switch loop. Ergo you will not have much luck making that smart-switch work.

This is your wiring diagram 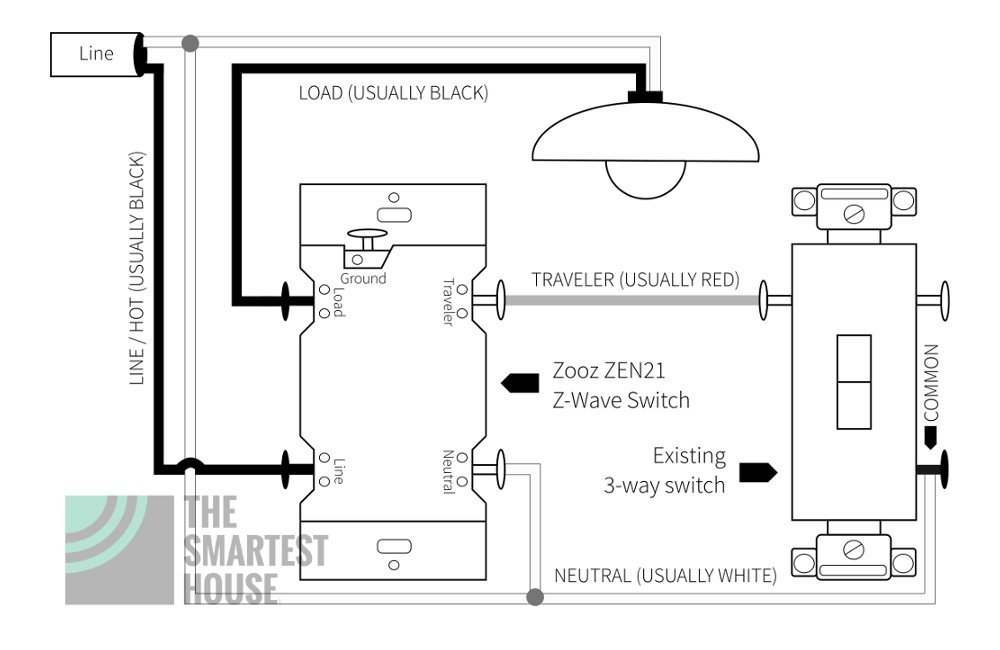 You're going to be connecting both the line side and load side from your new switch so you may need to find one of those in the existing 3 way. Your existing 3 way only requires two conductors one traveler and a neutral connected to the common terminal to make the Z-wave work. Apparently it senses continuity between the neutral and traveler and that tells your Z-wave which condition you are calling for from the existing. So your existing 3 way is not really a power switch at this point. It's only a digital control point.

You just need to connect up as the Z-wave as it is clearly labeled.

Not the answer you're looking for? Browse other questions tagged electrical wiring switch multiway-switch or ask your own question.