Can I take this wall out?

Good evening, I decided to start a kitchen reno in our new house and wanted to take out this wall. I assumed it was not load bearing as it runs parallel to the joists, but after taking drywall off I was surprised to see 3 back to back 2x4 beside the opening and 2 2x4 at the ceiling.

I would still assume this is not load bearing and instead a builder going over board(I've never seen this in previous renos) but thought I'd ask here to see if anyone has more experience. 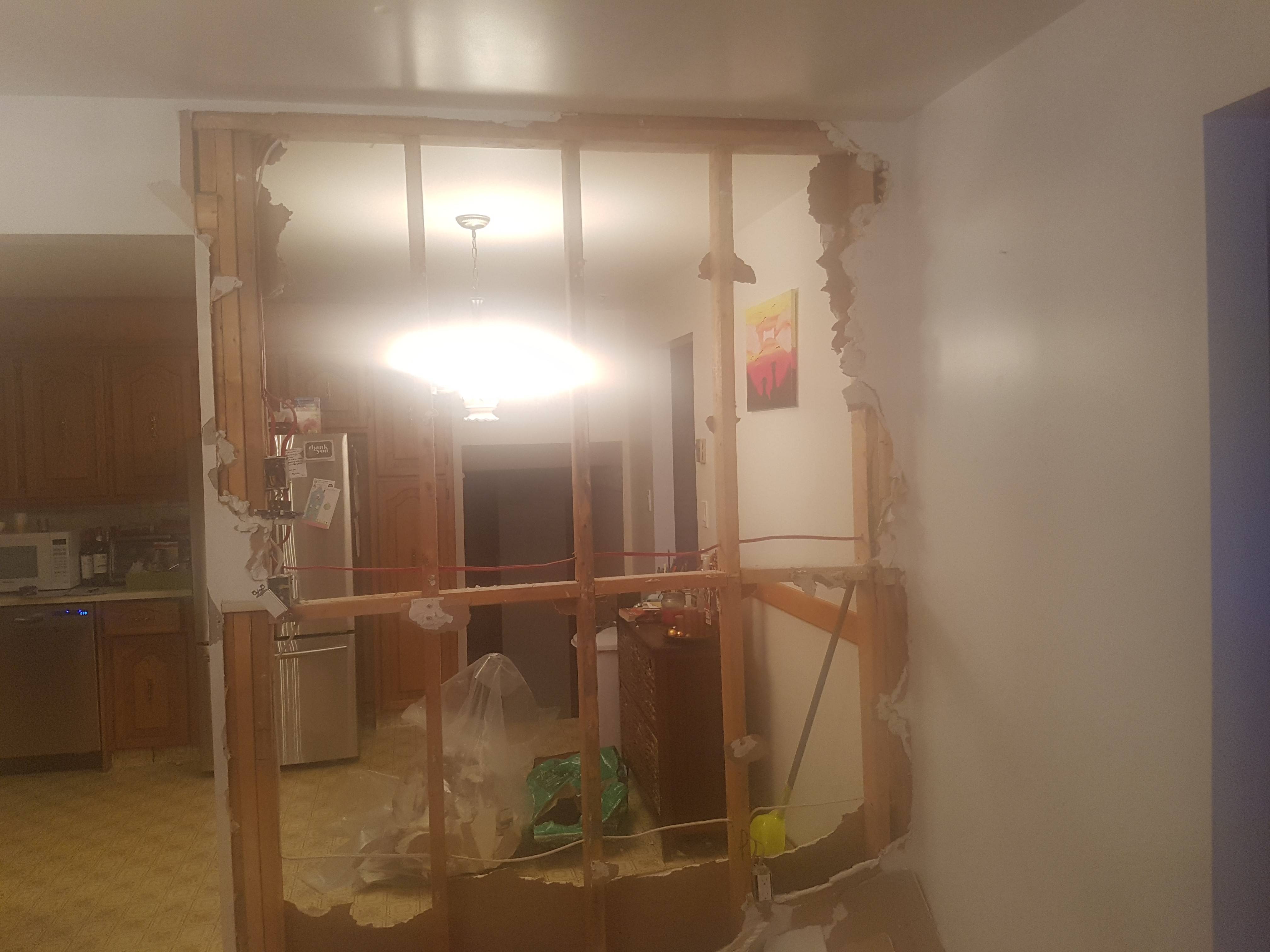 I also assume that the wall in connects to is load bearing. I am hoping to put a beam and 2 posts across and making it a half wall, does anyone know the span I'm allowed between posts for something like this? Or what size beam? There is currently no beam in the wall, it is just a normal 2x4 wall from what i can see. The joists are 2x8 and 16 inches center to center. They span around 30 feet across the house. Maybe they were engineered and it isn't a load bearing wall?

Here is a picture of the roof framing, if it helps: 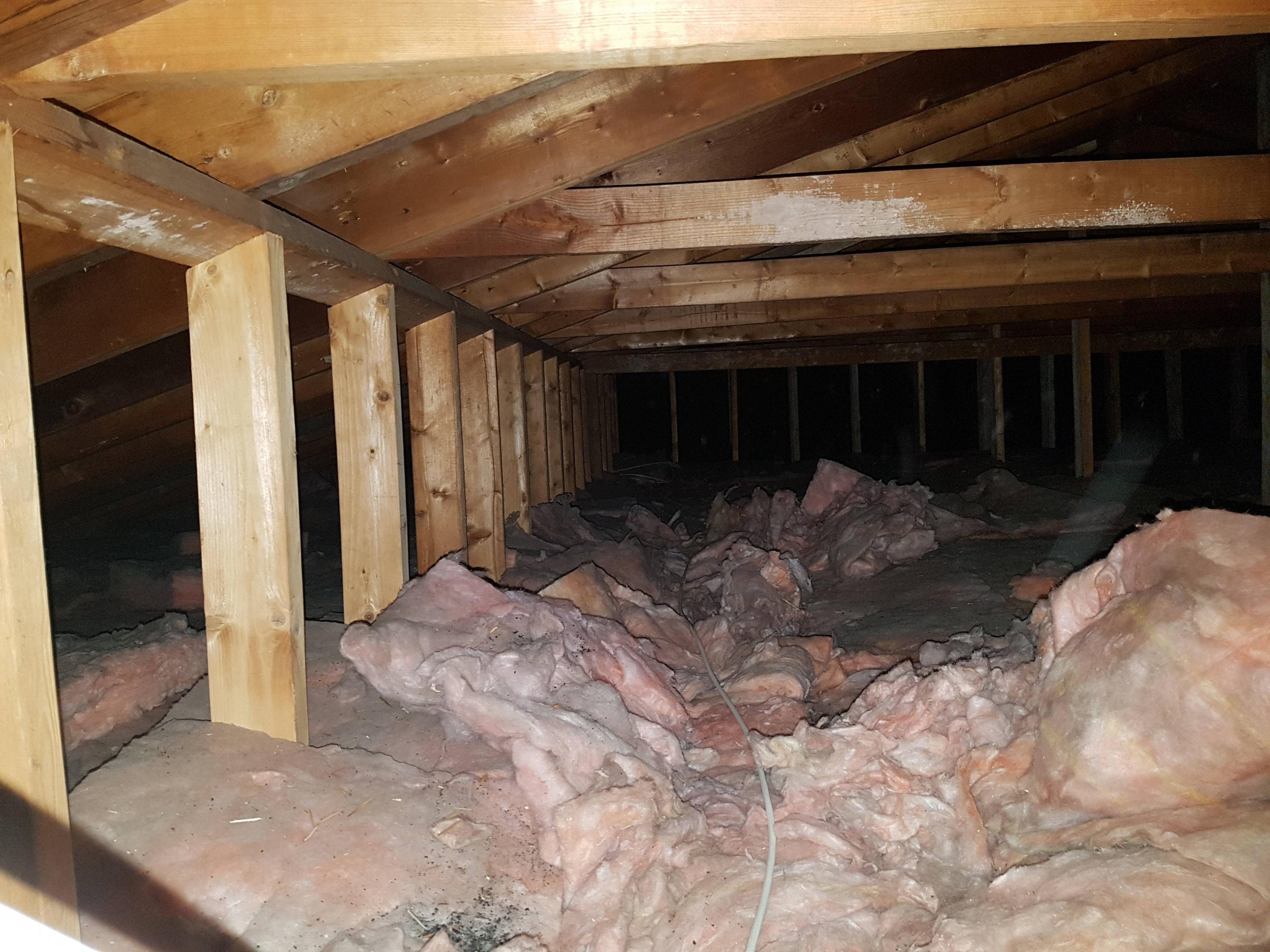 There is another one of those little walls on the other side of attic as Well, and the wall below is basically right in between the two.

Browse other questions tagged walls load-bearing beam or ask your own question.

0
How much of this load bearing wall can I remove?
0
Removing a wall to the ceiling / roof
0
Is this foyer (wall) load bearing, in a condo
1
Weight distribution in load bearing wall?
2
beam to replace 5 studs of wall
2
Can I remove framing members forming a wall below a load bearing beam?
0
Post and Beam sizing for 10x10 shed workshop?
0
Can I Move Interior Load-Bearing Walls Without Changes/Additions to Beams/Piers/Foundation?
1
Contractor cut joists short (followup to earlier question)