I was trying to remove a picture frame which was adhered to the wall with some double-sided foam tape.

Unfortunately, the foam tape was so sticky and ripped some of the paint off the wall (see pictures below).

Also, would like to know some suggestions on how to remove double-sided foam tape easily without ripping off the paint? 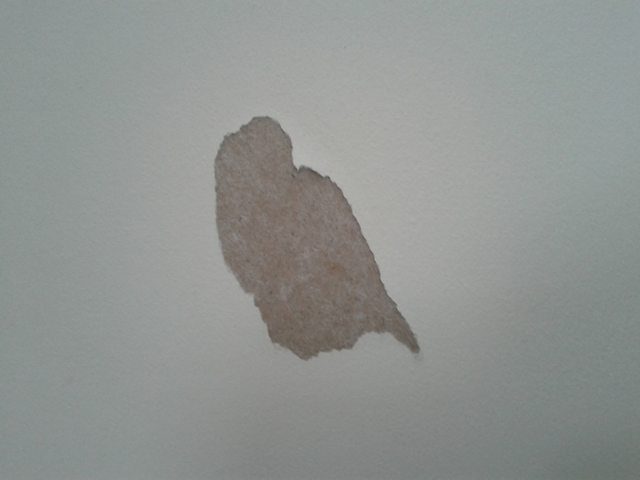 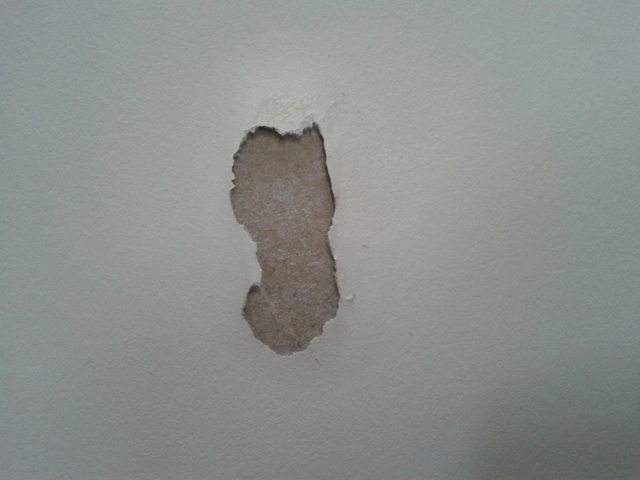 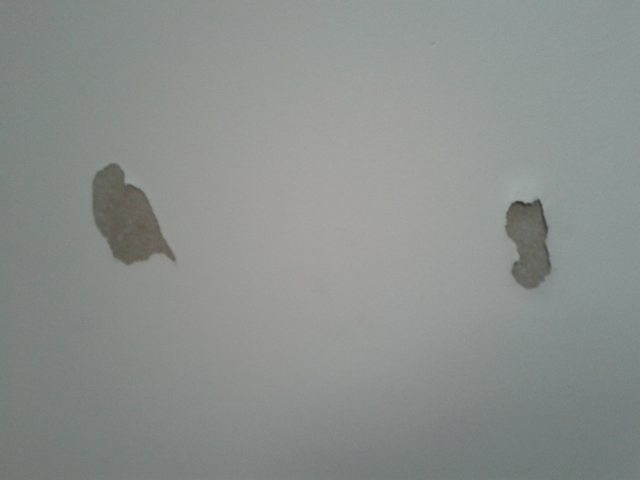 Double sided tape has a drawback. Well, it has two drawbacks.

Having said that, you probably tore off more than just a layer of paint. I'll bet you actually tore off the surface layer of paper on the drywall.

Can you repair this by just painting over the spot? Well, it depends. Will anyone ever look at it? Sorry, but it will be painfully obvious what you did. So this depends on how critical the observer is. If I was your landlord and I saw a poorly done patch when you were moving out, I'd mutter a few obscenities under my breath, then quietly mention to you about how you just forfeited your security deposit.

The problem is that paint won't match that well. The color difference will be obvious. Plus, due to the hole in the surface, there will be small shadows that will be quite obvious, so you will need to fill in the surface so it is smooth, BEFORE painting. Anyway, if you tried to paint in just that small area with a brush, one would easily see the texture differences from painting with a brush compared to what was an original roller applied paint surface.

All of this means you really will need to spackle over the hole, feathering it out over the surface of the wall at least a few inches in each direction, and then sand smooth. Once you have done this far enough out, repainting the entire wall will make sense anyway.

Lessons to be learned:

To repair a wall were you have accidentally removed some of the drywall's outer layer. Don't paint or spackle directly onto this underpaper or it will bubble (underpaper is usually a little fuzzy and looks like beige construction paper). To begin - scrape the loose paint along the edges until the remaining paint is completely adhered to the wall. Then you have to paint the underpaper that has been exposed (go beyond the edge about an inch) with an oil based paint or primer. After it dries you can spackle and it won't bubble up. Then you can paint.

It looks like your wall is white, so this may not apply to you, but I've had great luck taking chips of wall (large flakes, pieces of trim) to paint stores and having them do a computerized color-match. I've done this at least four times, and have been happy (surprised!) with the results each time. Generally it's the finish (flat/egg-shell/semi-gloss/glossy) that has been slightly off, but not so bad that it jumps out as an obvious touch-up.

As for getting off adhesives, I've use citrus based adhesive removers with success (sorry, don't remember the brand names off the top of my head) with good results, as long as the wall paint has good integrity.

I had the same problem but I used blue tack. I fixed mine and passed a house inspection. I got the piece of wall off the blue tack then used some of that blue tack to stick the wall but in place.i grabbed some two ply toilet paper and separated it then I ribbed a bit off big enough to cover it. Put it over the top of the stuck on wall and glued it in place with white paint.

Not the answer you're looking for? Browse other questions tagged drywall walls paint repainting .

7
How do I avoid stripping paint off of my walls with painters tape?
5
How can I remove small paint specks from a wooden floor?
0
How should I paint around my newly hung doors?
0
Question regarding "dry spots" with latex paint
0
Water Damage Between Paint and Wall
3
Paint chips: to fill or not to fill?
0
Paint peeling off in thick sheets