Having some trouble with Sanding hardwood floors

I thought I sand my floors myself so last night I rented random orbit sander from home depot. Using the 36 grit sand paper. I did not get the result I was hoping to get. It is my first time using the sander. Upon closer look, I found that some of the planks are not even. Some planks are higher some are lower due to which I feel like the sander didn't do a good job. What do you recommend I do at this point? Should I rent the drum sander? Here is the result. Close up pictures show better result.

10/15/2017 UPDATE: I decided to hire someone to do this job. I found a lot of mix reviews. I personally didn't feel comfortable using the drum sander which is exactly what this floor needed. The drum sander that they used was 220 volts and was way more powerful than what I could rent. Here is the latest picture. 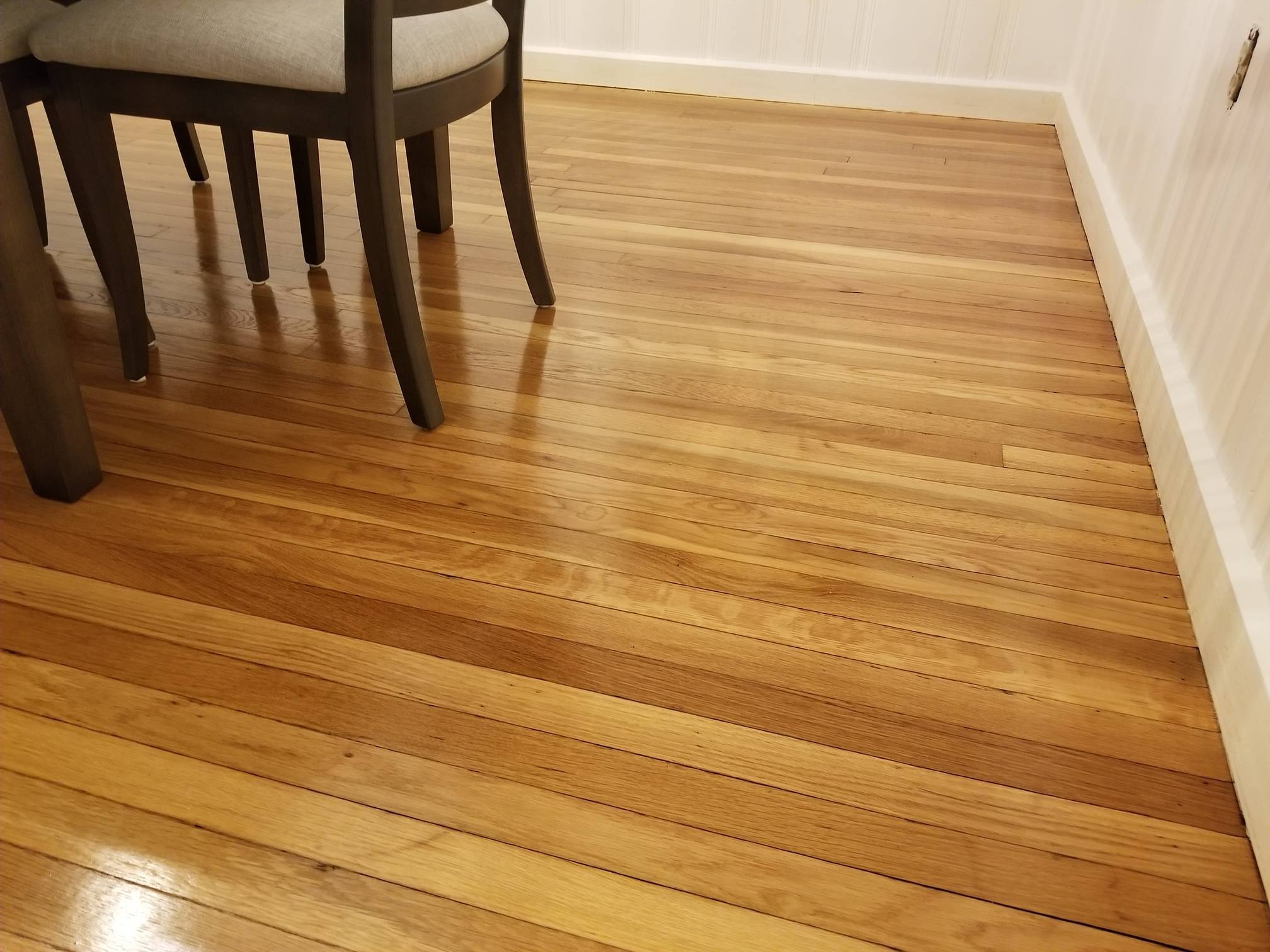 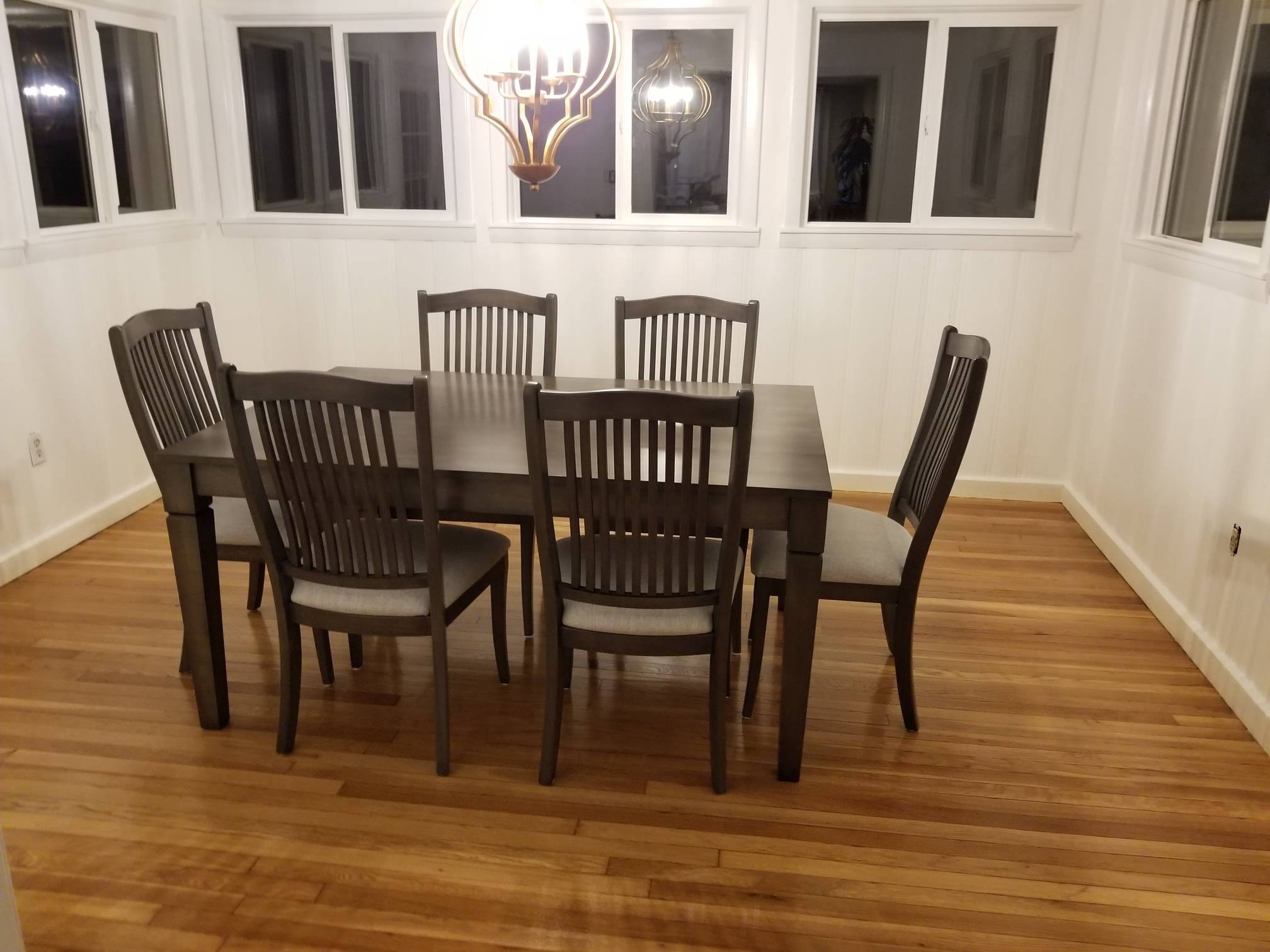 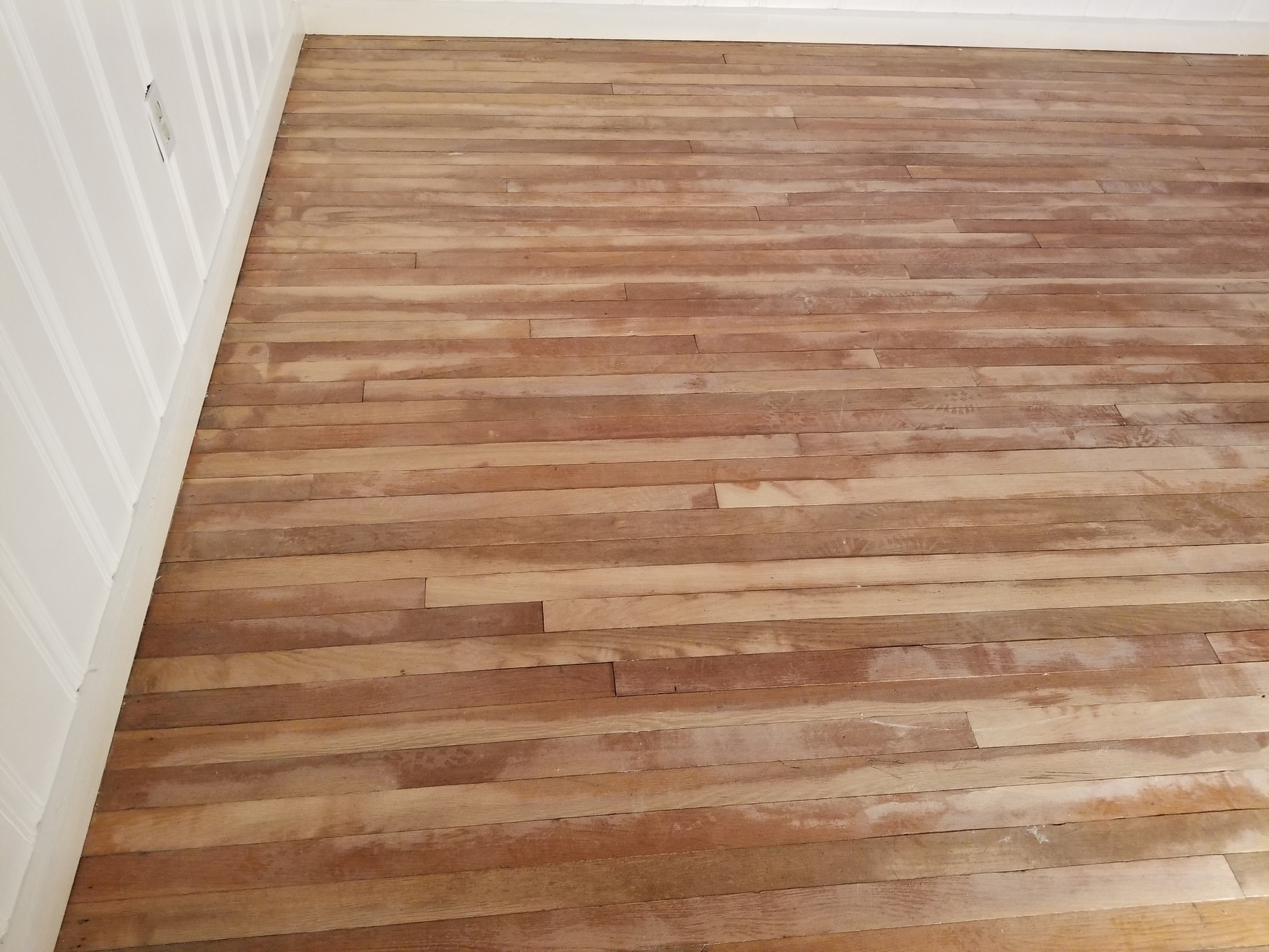 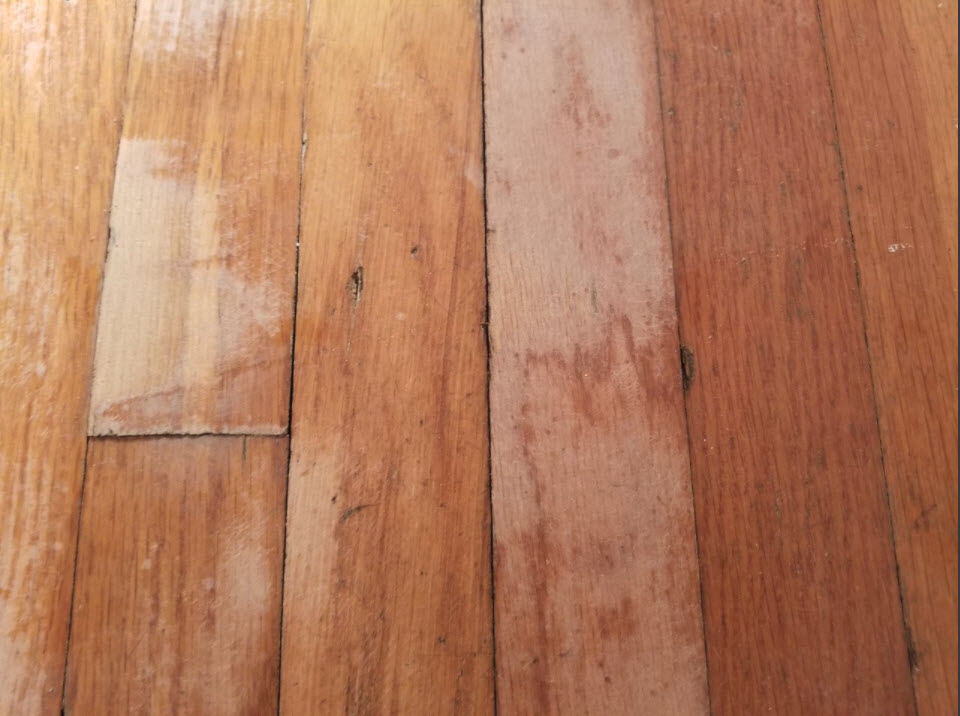 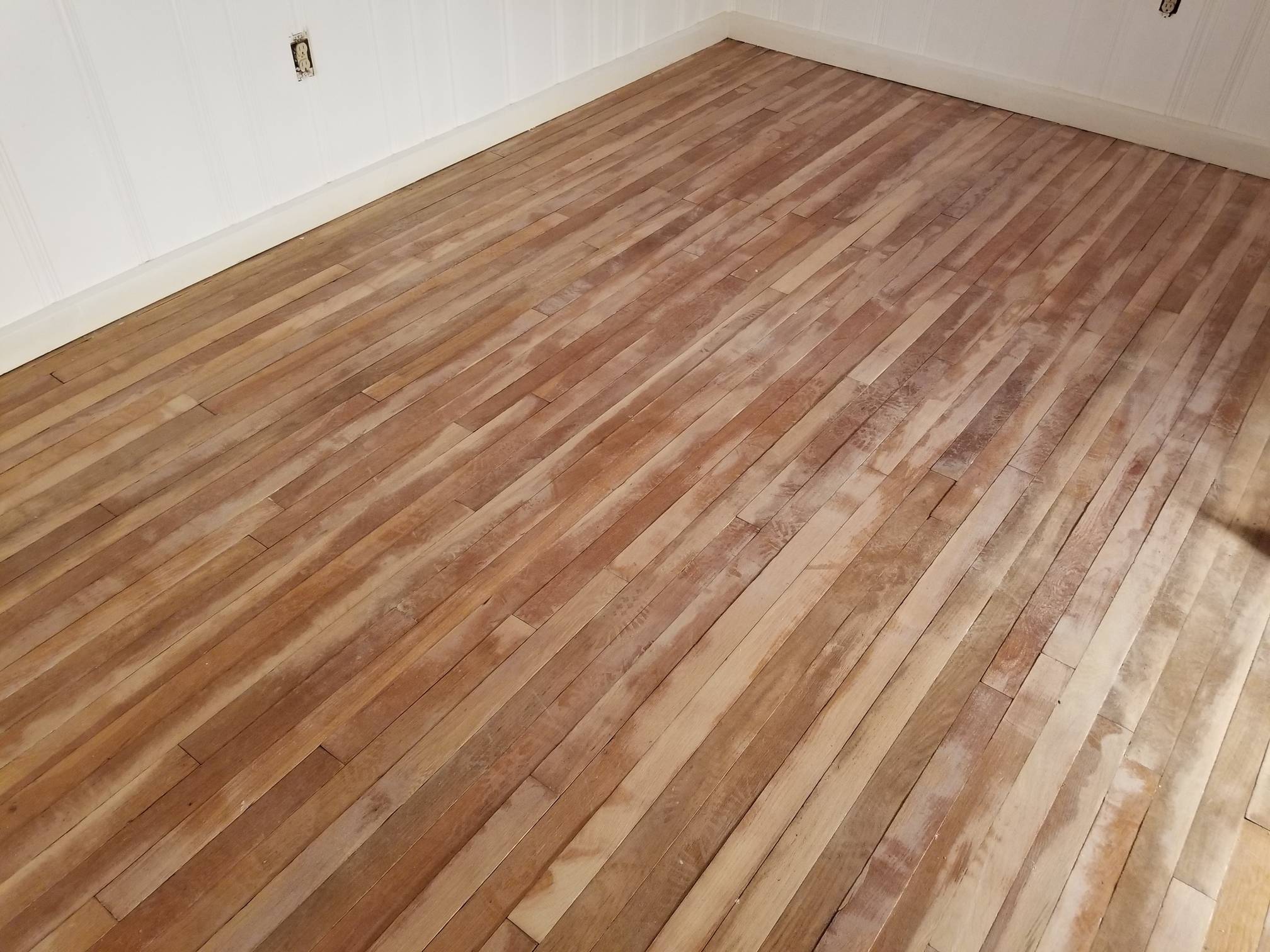 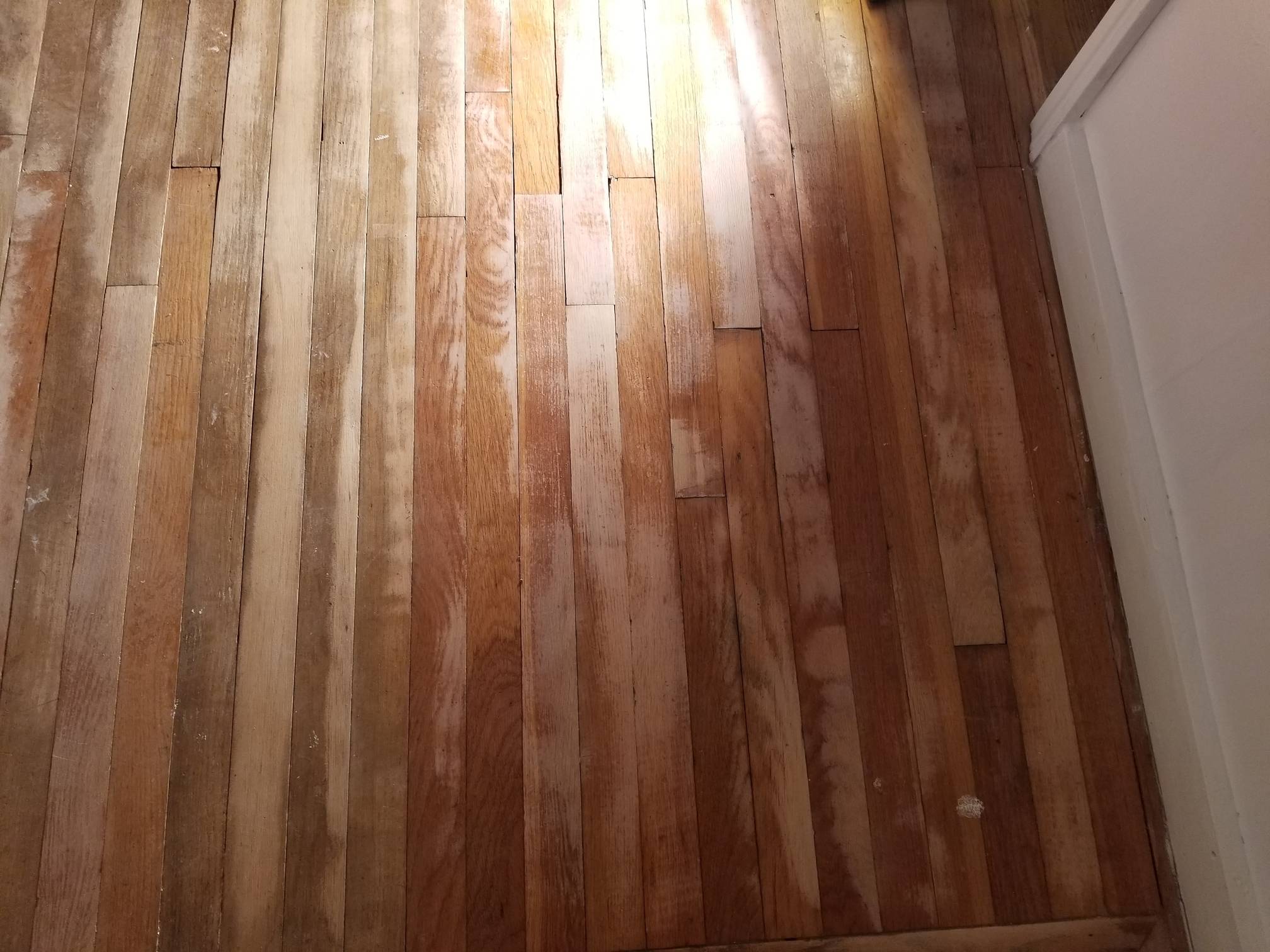 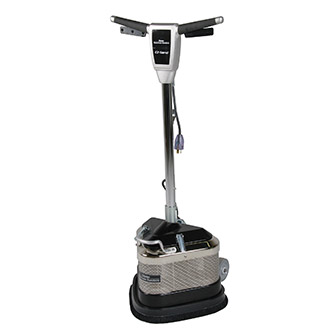 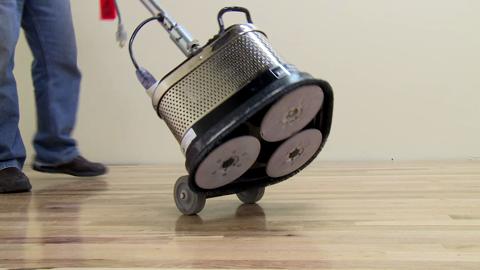 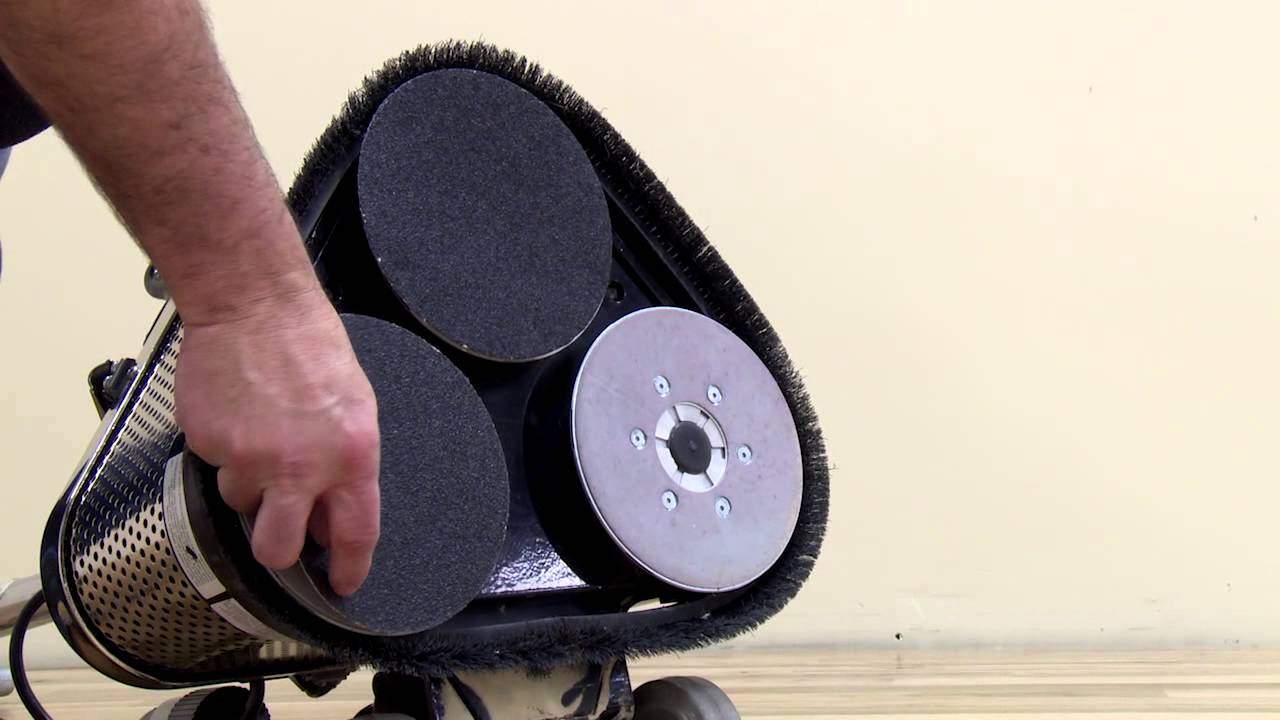 It's hard to tell without pictures or exact model number, but based on your comment you've probably rented a buffing (finishing) floor sander not unlike this one. For very uneven floors you should have indeed started with a (flooring) belt (or drum) sander. Belt/drum sanders (flooring or otherwise) can remove a lot material quickly.

Even Home Despot's own video recommends you get a drum/betl sander for solid wood (as a start). The orbital sander they rent is for finishing. They say nothing about their random orbital, and I suspect it will work by itself, but slowly; you'll probably have to change discs 4-6 times (in each pass) for the entire surface you have to make steady progress. I can't tell from the pictures how uneven your slats are or how much extra time (and sanding discs) that might take.

Dealing with the height differences is a little tricky even with a drum/belt sander: you'll probably want to sand at 45 degrees initially so the sander never rests on a single slat (or entirely misses the adjacent one), then go with the grain for the subsequent passes. I'm guessing you can achieve the same effect as 45-degree drum sanding with a random orbital by hovering long enough in an area until it levels itself. YMMV.

A NYT article on the topic also has this interesting titbid:

Some online sources recommended the U-Sand sander [which seems to be a random orbit sander with four discs -- my note], which theoretically eliminates the need for a drum sander and a buffer. The manager of my local rental agency tried to talk me out of it, saying seven out of 10 people trade it in for a more powerful drum sander.

And the reporter also had issues with the U-Sand: even after using it for four hours he couldn't get to all the "valleys" in his floor. So unless you have oodles of time at your disposal, a random orbit sander is probably not the best idea for a floor that's pretty uneven at the start.

Clarke has quite a bit to say about their multi-purpose random orbital (which just as the U-Sand is intended to replace both the belt and edger) but what I read into that marketing (especially if you compare to what they say about their drum and edger) is that it's a gentle machine wiht low risk of wrecking floors in the hands of the untrained, but in the subtext that also says it's rather slow in removing material or making progress with uneven floors. The same user experience with respect to dips/valleys has been reported for the Clarke random orbital as well.

A random orbital sander is not the proper tool for this job. You need to rent a proper floor sander for the field. These tools provide even pressure across the sanding path (about 12" wide, typically), which is why they weigh close to 100 lbs.

You should also consider starting with a coarser grit for your first pass. 24-grit is typical for older floors.

I refinished my floors last year. I initially used a random orbital sander, however the sand paper would clog up after about 10 ft of you. So I took it back and rented a drum sander. This was a faster and easier way, just don't sit in one spot, always be on the move.

Not the answer you're looking for? Browse other questions tagged sanding or ask your own question.

2
How do I fix scratches from sanding drywall?
3
What's wrong with the polyurethane on this hardwood floor refinishing job?
5
How much sanding do I need to do to refinish a wood floor?
0
Which floor sander do I need to tidy a room and to strip paint off a deck?
2
Oscillating or Drum Floor Sander
0
Sanding a Home Depot Stair Tread
6
Would it be appropriate to sand a floor between coats of poly with a handheld orbital sander?
0
Sanding between coats of water-based finish
8
Should I use an orbital sander or a belt sander for sanding a section of varnished floor?
0
Looking for advice on this refinishing project