I recently converted from Oil to Gas. One of my zones is no longer working post conversion (it was working, then nothing worked, and then after they replaced a defective unit on the boiler it didn't work but other zones worked). The plumber said it's most likely the wire between thermostat and the and the system. Here's a picture of what the thermostat set up is: 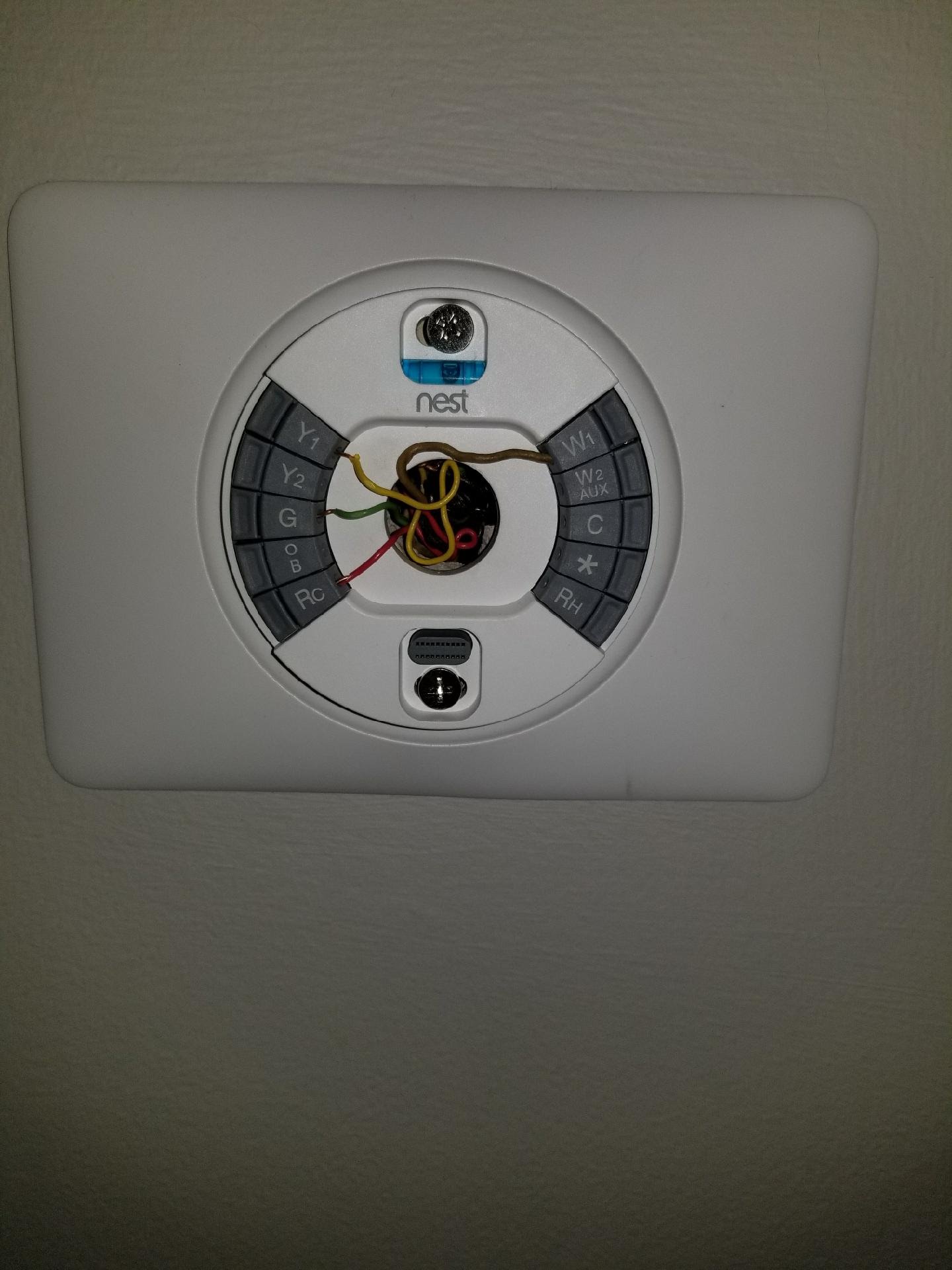 Using a voltmeter I can measure ~28V between Rc and G and Y1 but only get roughly 16V (slightly under) for W1 and Rc. What could be causing this this voltage drop? On the other two thermostats the Rh and W1 wires read ~28V. Here's what the wiring looks like at the boiler for that zone: 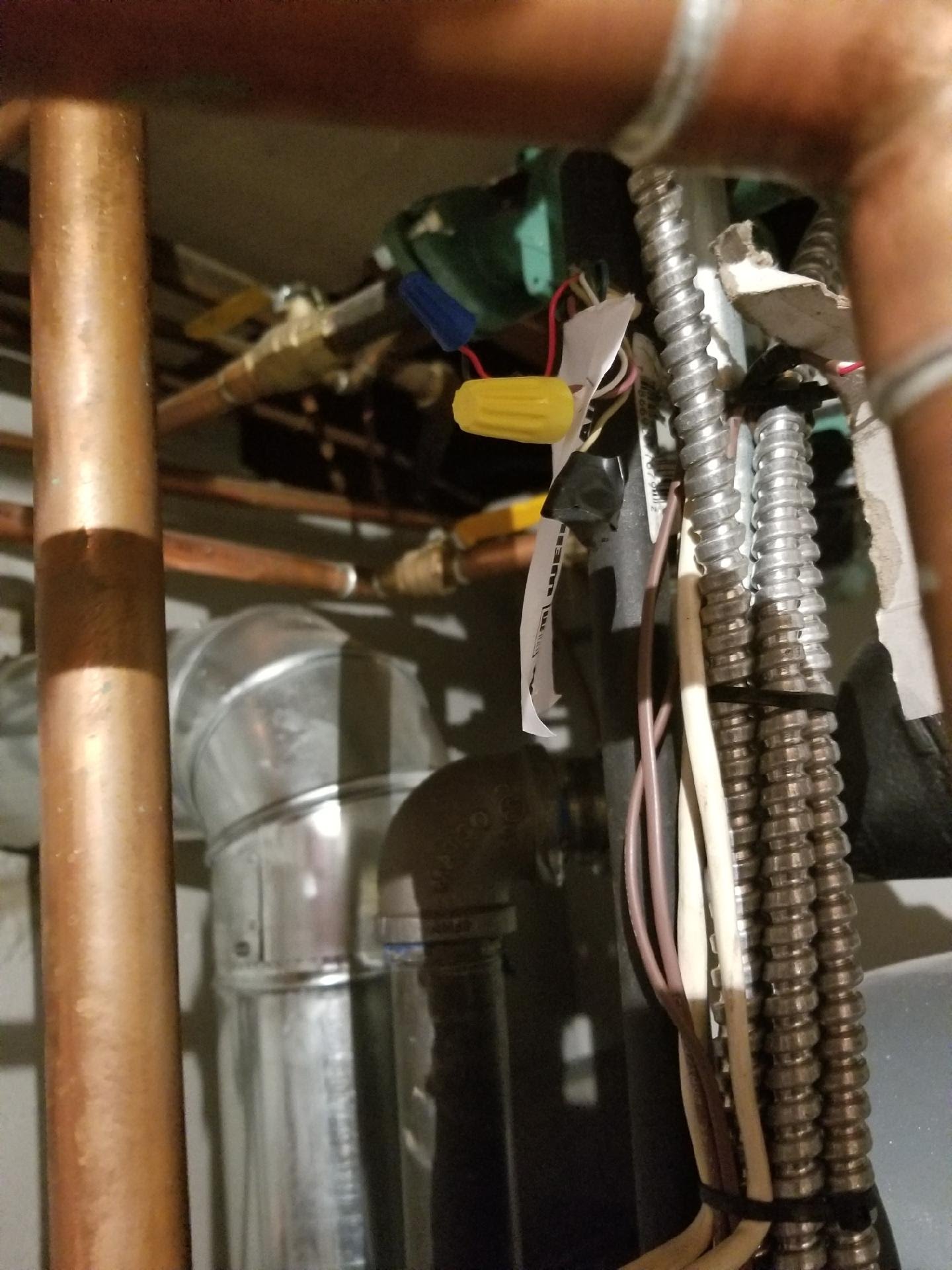 You can see that there's an extra wire that's covered in tape that's coincidentally very close in color to the W1 wire. It's also the only zone that has that extra wire. All other zone do not. When I do a volt reading between the blue and yellow capped wires in the picture, I get ~28V when the thermastat says heat. When I do it between the taped and the yellow I get roughly ~58V. What is that wire? Should I wire it in? Is it part of the problem?

Edit more picture based on question below: 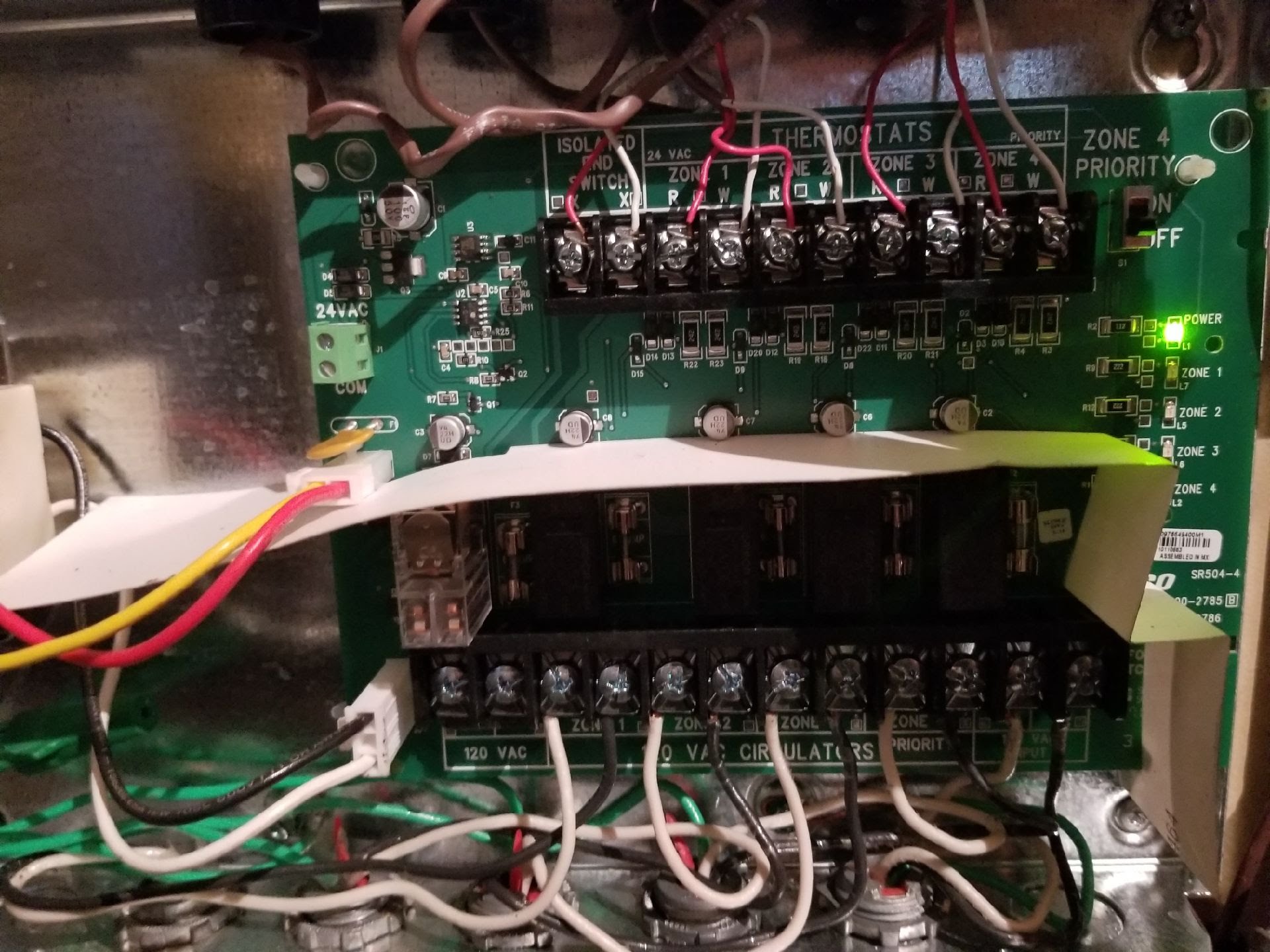 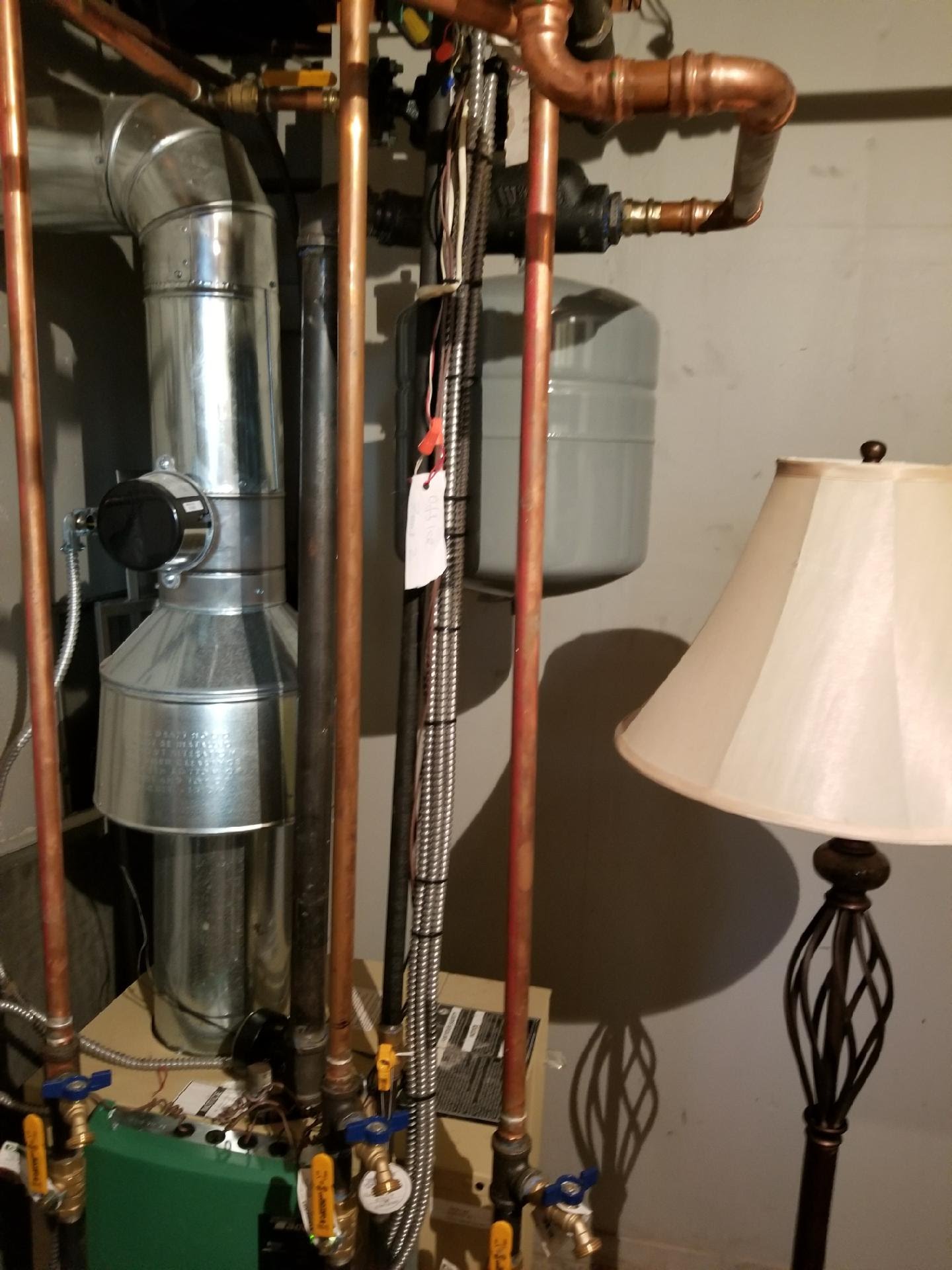 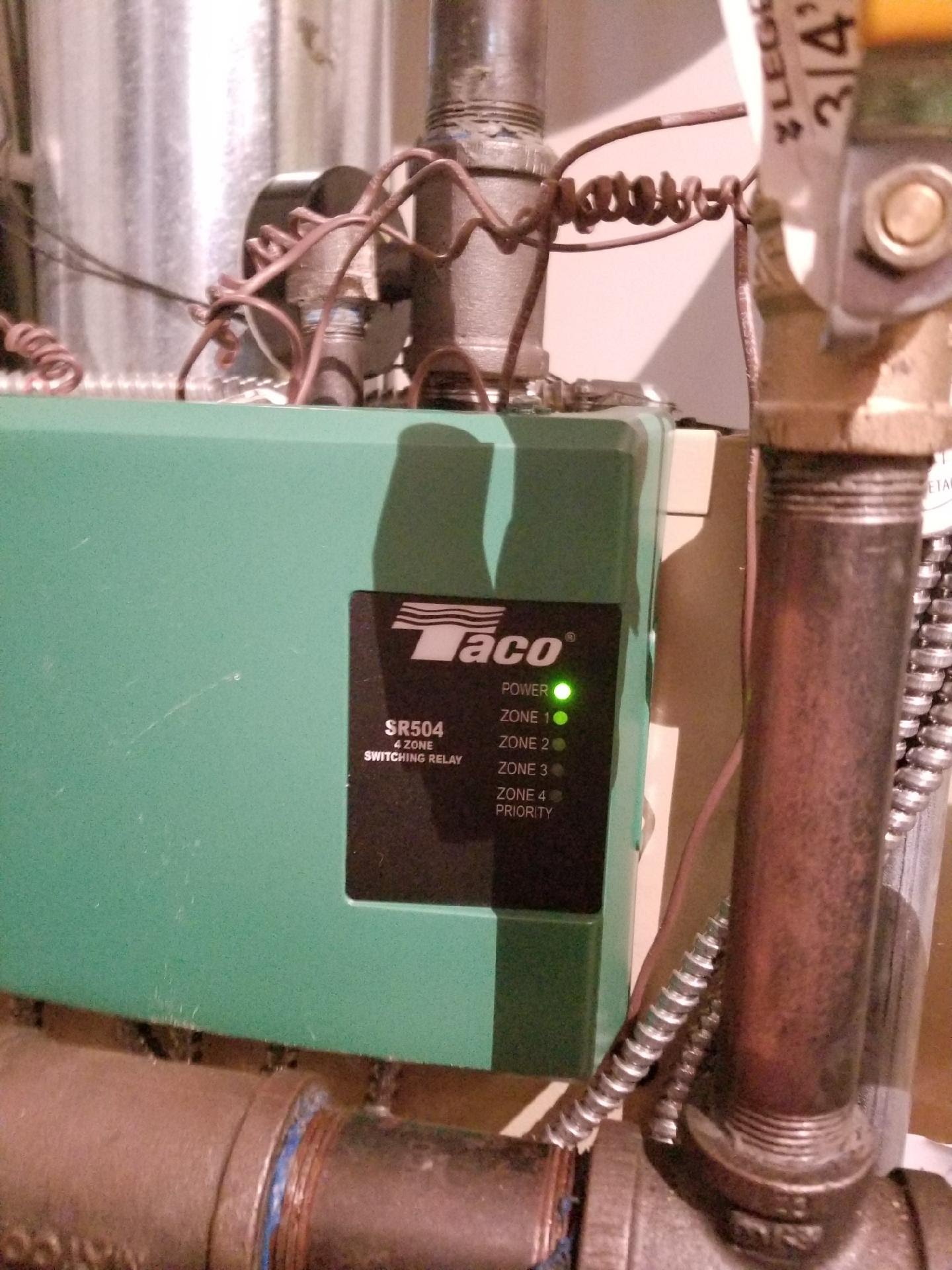 Browse other questions tagged wiring heating thermostat low-voltage or ask your own question.

0
Where do attach C wire on my boiler?
0
Brand New Weil Mclain Gas-Fired Water Boiler not heating zones
0
Checking voltmeter on my Honeywell Wifi Programmable Thermostat
0
How Do I Wire A Toggle Switch between (2 ) 24V heating only thermostats to switch between thermostats?