Thoughts on this 3-way wiring job

I'm in the process of putting Z-wave nano dimmers behind my 240v light switches and up to wiring an interesting 3-way switch config backing 3x LED drivers.

This is what I found when I popped the plates off...

Can anyone pick out how this has actually been wired and why they would go about doing it this way?

I'm going to check this out further tomorrow but thought I'd drop it in here to get some opinions. 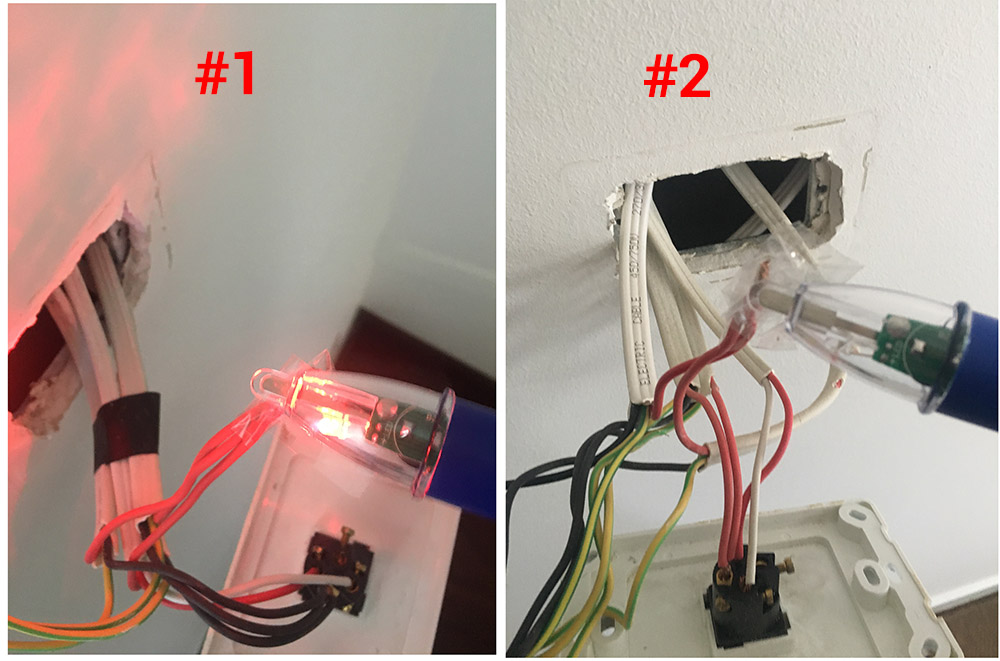 I now have enough info to wire my Z-wave Nano switch. Thanks to everyone for their input!

Oz wiring looks kinda weird to folk in the top half of the planet.

The "loop" connector is presumably not wired to the switch but is a provided as a convenience to save having a floating connector-block (or wire-nut).

In your case it looks like the three blacks shown at right in the diagram above have, in your photo, been connected using a "loop" terminal rather than by using a floating connector block.

It isn't clear from your photos if the rest of the your wiring's connections are consistent with this diagram.

It might be that the triple reds and triple blacks in your first photo are where some parallel (separately switched) lights branch off.

Not the answer you're looking for? Browse other questions tagged electrical switch light multiway-switch or ask your own question.

1
Can I convert a single circuit with multiple lights/1 switch to control 1 light/switch
4
How should I connect my replacement 3-way switches?
1
Can I safely disable a three way fan switch to use for providing ground to remote three way box?
0
Can I take power from the hot line on another switch in a multi-gang box?
4
making sense of a confusing light switch box
0
3 Way Switch Wiring Weirdness
3
Are these four add-on wiring techniques all up to code?
6
Why does my subpanel have 4 wires feeding into the lugs?