I have to replace an old spigot which leaks from the threads when hose is attached.

My question - is there any way of knowing how it is attached to its 1/2" copper supply tube. Sweated or threaded connection On the basement side the copper tube leading to it goes into wood siding surrounded by caulk. I have attached closeups of the spigot and it appears there are two nails securing it to the aluminum siding The sides of the spigot adjacent to the nails have a flat area which might be for a wrench. I just want to make sure because that I dont break the copper tubing in the basement if I attempt to rotate the spigot off with a wrench.

Any help with this would be appreciated 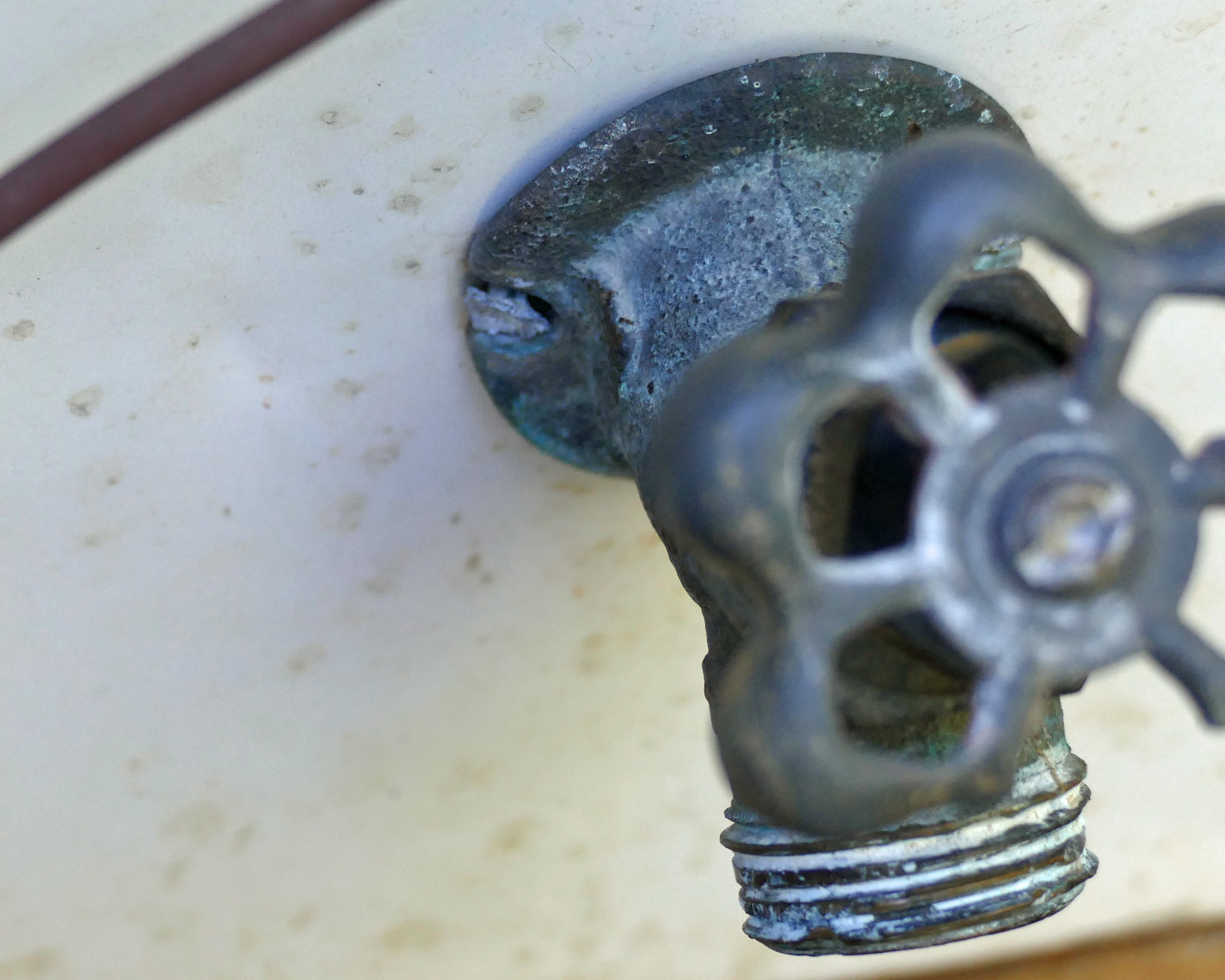 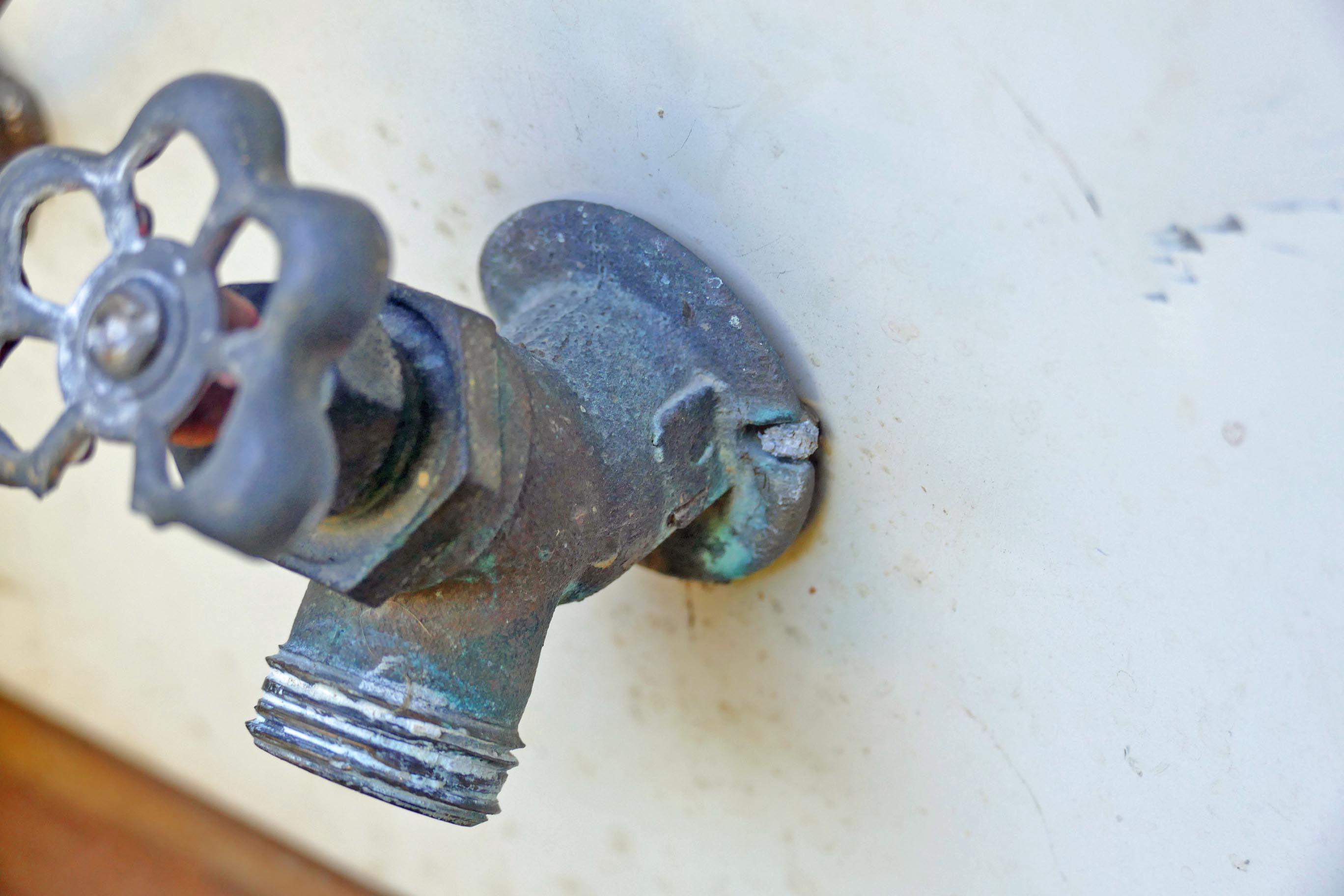 As you mentioned, the fact that spigot has two flats in front of the flange (for a smooth jaw wrench such as a crescent wrench or monkey wrench (but not a pipe wrench (serrated jaws) which would squeeze the brass spigot, possibly deforming the threaded fitting on the pipe)) suggests it is has female threads.

It is likely that there is some play in the pipes. Remove the two nails and it might pull out 1/2", affording a view behind the flange.

However, even if it is threaded at the spigot, its risky putting a wrench only on the spigot. Those threads might be very tight, whereas a sweated connection some where under the house could be weak. Thus two wrenches are required, one on the spigot and one on the pipe side.

It looks like he has a few threads that have flattened out. Yes try a washer first, however, you would have no way of knowing how it is attached if you said you follow the pipe out the spigot and don't see anything. I would hazard a guess it was sweat on, then pushed into the siding, and sweat at the main line connection end. If you replace it, you would need to cut the pipe and pull it out. Then sweat a new piece on or use a shark-bite connector. Then the spigot end can be replaced however you like.