Finishing drywall: How do I finish over screws that refuse to recess/dimple into the drywall?

I just finished installing QuietRock 525 over existing walls. Half a sheet of 525 is heavy backer board and I am thinking that's the reason why several of my screws are having so much trouble recessing into the wall. If I had known in the beginning what I know now, I would have installed the QuietRock as the first layer and used special backer board screws with a square-shaped bit since this phillips bit wants to slip out of the screw head with a loud "ratta tat tat!".

So now I am stuck with some screws that stick out slightly from the surface of the drywall. It's not as much as 1/16" or anything, but you can feel it raise as you take your finger over the head. I could remove the offending screws, drill out a wider hole, and screw them back in, but I don't want to deteriorate the integrity of the grab.

I'd like to finish over them so that the wall is smooth. What do I do, tape over them? Use an extra-thick layer of mud? Eh?

Though you might be able to mud over them, you're looking at 1-2' of mud (feathered) around each screw to make it not noticeable, which basically means you'd be covering the entire piece of drywall with mud. Like pretty much everything in construction, it will be much easier to do it properly now rather than try to fix it later.

If your driver is slipping out, you are probably not using the right bits (or your bit is worn out) or are not pushing hard enough on the drill to prevent the bit from slipping out. Make sure the bit fits well in the screw head: it should not have any room to wiggle in any direction, and should not slide around. #2 Philips is the usual here, but depending on the screw head it may need to be a sharper/longer or blunt tip. 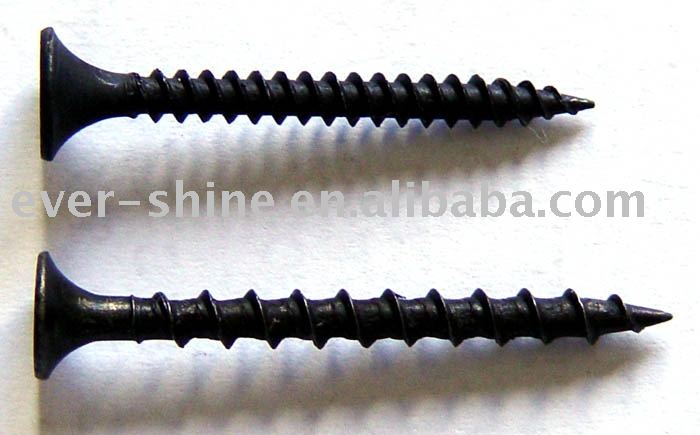 Since the board is also 5/8, it may be that the screws are not long enough. Try longer screws, which should get a better grip on the studs behind so once they start going in, they'll go in as deep as you need.

If it's only a few screws, I would simply give them a decent tap with a hammer to knock them further in. I've been advised to do that in the past by a professional plasterer.

Try using an impact driver to tighten the screws a little more. You will likely be able to get further than you would with a regular drill/driver. If you weren't already looking for an excuse to buy an electric one, you can also get a hand impact driver for a few bucks (example 1, example 2).

You mention in your post that you don't want to "deteriorate the integrity of the grab". Hammering the screws would do just that (it could also snap them).

Unscrew them and re-screw them in (by hand) an inch above or below the initial position, then mud over both holes.

33
What is the purpose of tape when finishing drywall?
3
How to screw the edge of a sheet of drywall where there is no stud directly behind it?
5
How can I remove plaster board/drywall rawl plugs?
11
Are these drywall screws driven too deep into the sheet?
4
I'm looking for a drywall finish that will hold a magnet
2
How can I get a reasonable plaster finish in an awkward recess?
1
Hardibacker against a drywall/firewall
2
Finishing drywall that abuts against metal frame prone to condensation
0
Safe mounting of decorative hook with small holes