Do i still need the insulation in an old ceiling light if I'm no longer using incandescent bulbs?

The insulation itself is in fairly ragged shape after I pulled it down and then replaced it. (I wanted to avoid it getting soaked due to a plumbing leak above.) 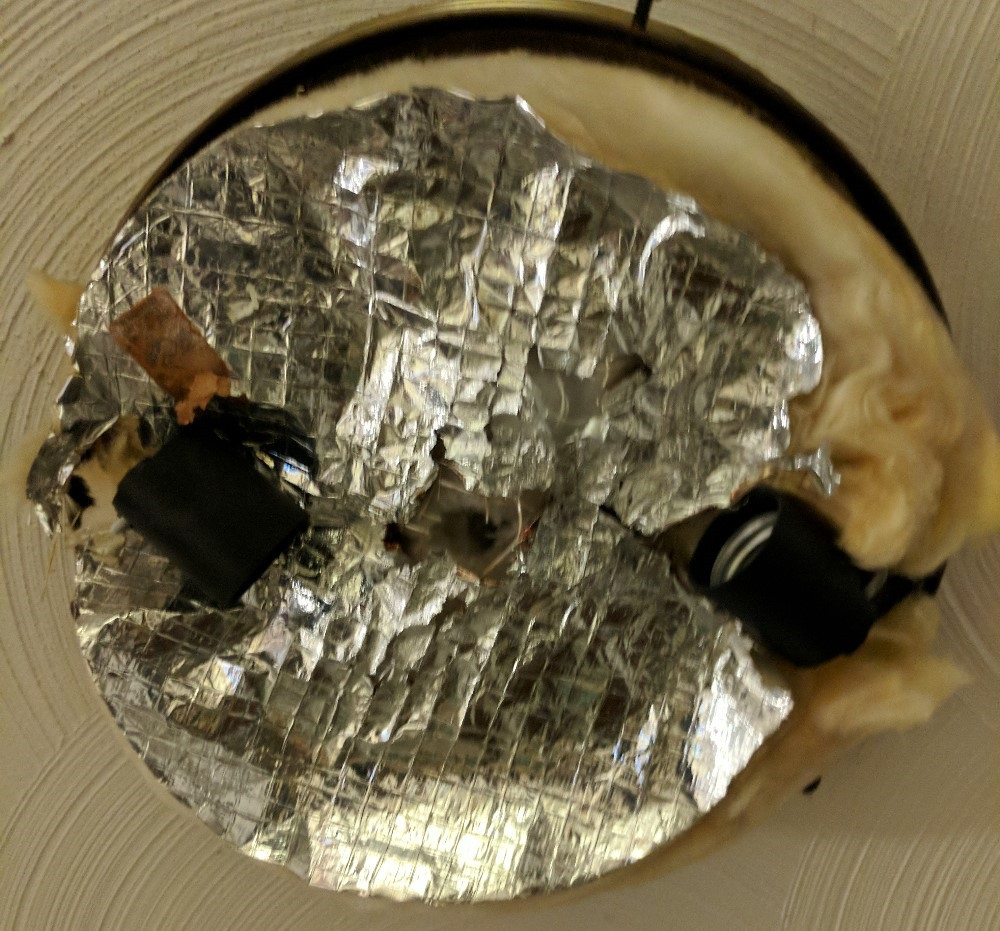 In addition to being in poor shape, when I went to reinstall the light bulbs I'd removed when I pulled the insulation down I noticed that both appeared to have suffered damage from overheating, presumably due to being in direct contact with the insulation. 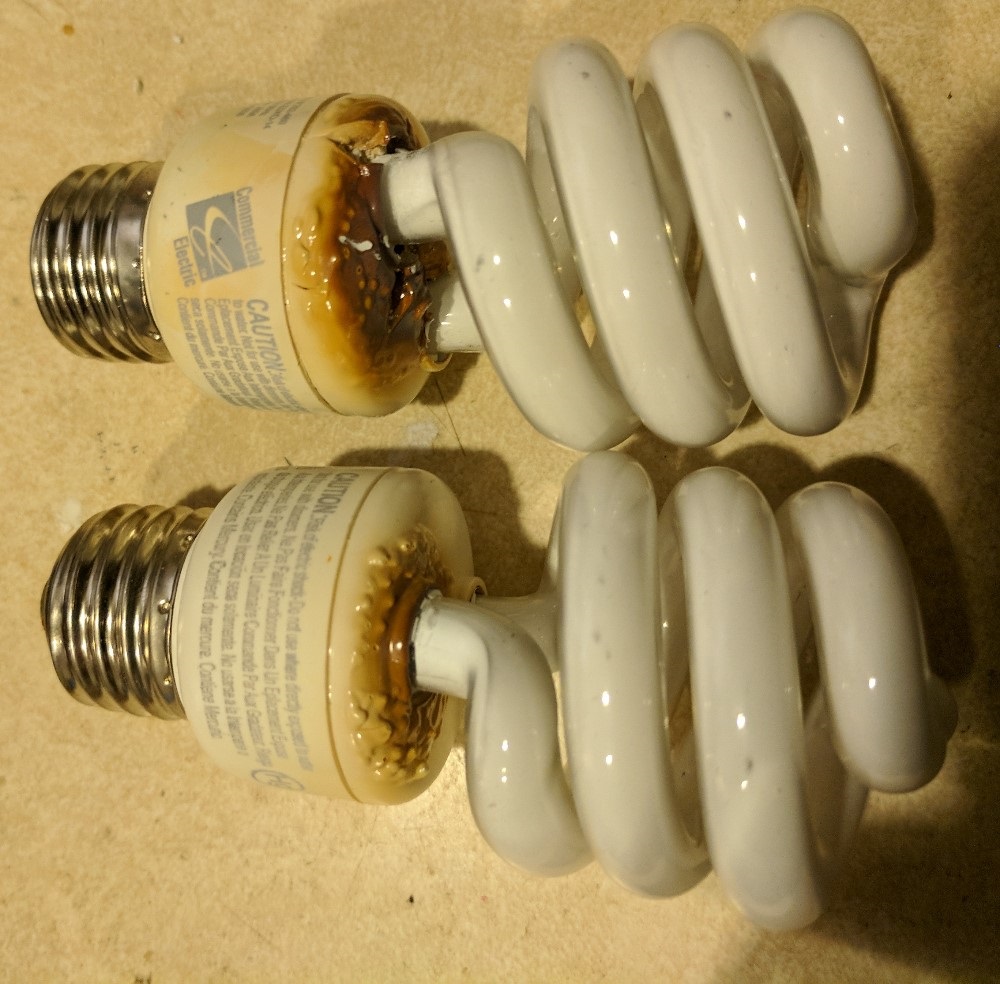 Am I safe in assuming the insulation was only needed originally because incandescent bulbs put out much larger quantities of heat, and that it is no longer needed with modern low power bulbs.

As long as it's possible to screw an incandescent in there, someone will. So the insulation must stay, otherwise you are using the product inconsistent with its labeling or instructions, voiding its UL listing by altering it, all of which is a codevio.

The CFLs overheated because they were in a confined closed fixture, the insulation had nothing to do with it. Been there, done that. The root problem is you were using CFLs somewhere they should not be used, such as 2017.

That is your basic "tenant grade cheapie" fixture, and if you're absolutely in mad love with it, I would look for some ~8 watt LED screw-ins to put in there, might still have overheating problems though.

If money is no object, get a nice soldered-in-LEDs fixture where the LEDs and their heat sink are integral to the fixture, and which aims the LED light properly. Almost everyone wants a cone of light, and fixtures try to give it to you with inefficient reflectors. LED screw-ins don't avoid that, they corncob them around to try to light a sphere. But purpose built fixtures can be aimed or even lensed.

5
Why are my ceiling fan light bulbs burning out quickly?
2
Is it safe to use a 100 watt LED bulb in a 3-way lamp that specifies using incandescent bulbs only?
2
Using LED light bulbs in a dimmer
0
Need help building a ceiling lamp (LED Pin-socket Bulbs to mains)
0
I'm trying to replace a ceiling light fixture but the wires are different
0
How to know if I can use LED ceiling light bulbs?
1
Vanity light installation using an old work box