I replaced my old diverter spout with a new one (both Delta), and I've found that the new one will leak water back through the hole in the wall if the diverter is switched off while the shower is running. 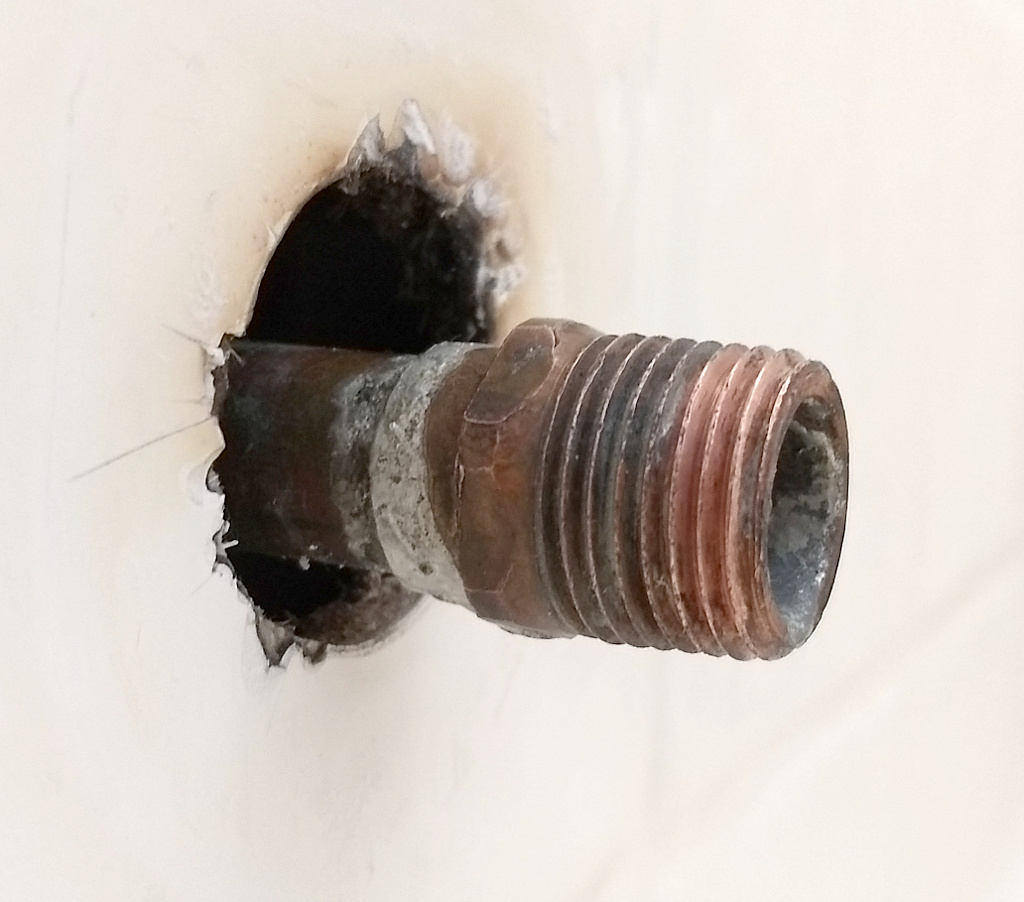 If I first turn off the water pressure and then push in the diverter, no problem. So, seems to me that the issue has something to do with the onrush of water when the diverter is switched off while under pressure. I'll just mention that our water pressure is typical (wimpy) for Southern California.

The new spout has a copper piece that screws onto to the water supply from the wall: 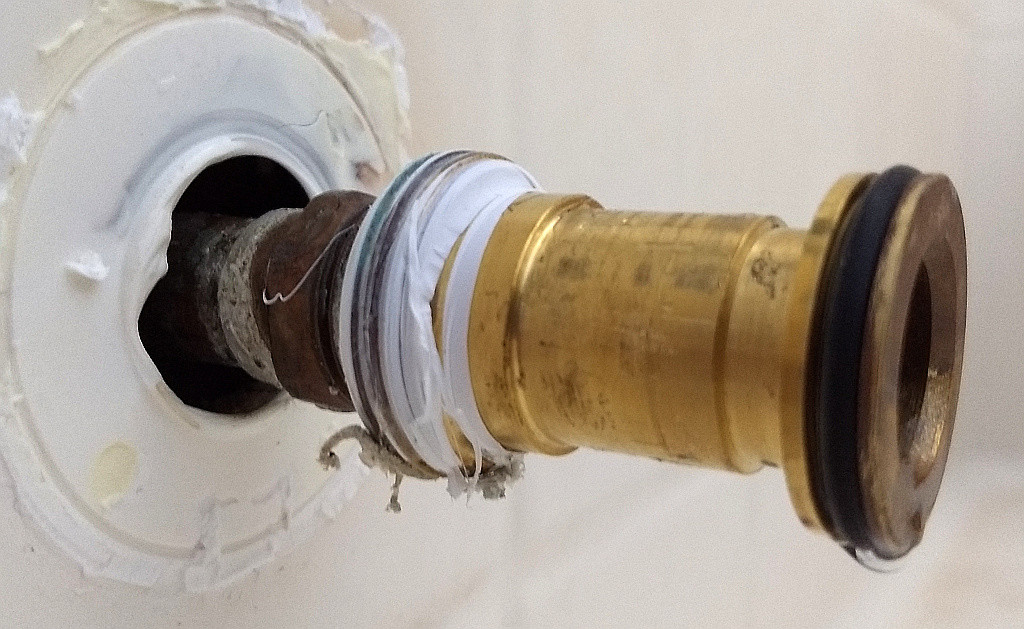 ...and then the spout screws onto that until it's flush with the wall (there is no set screw). 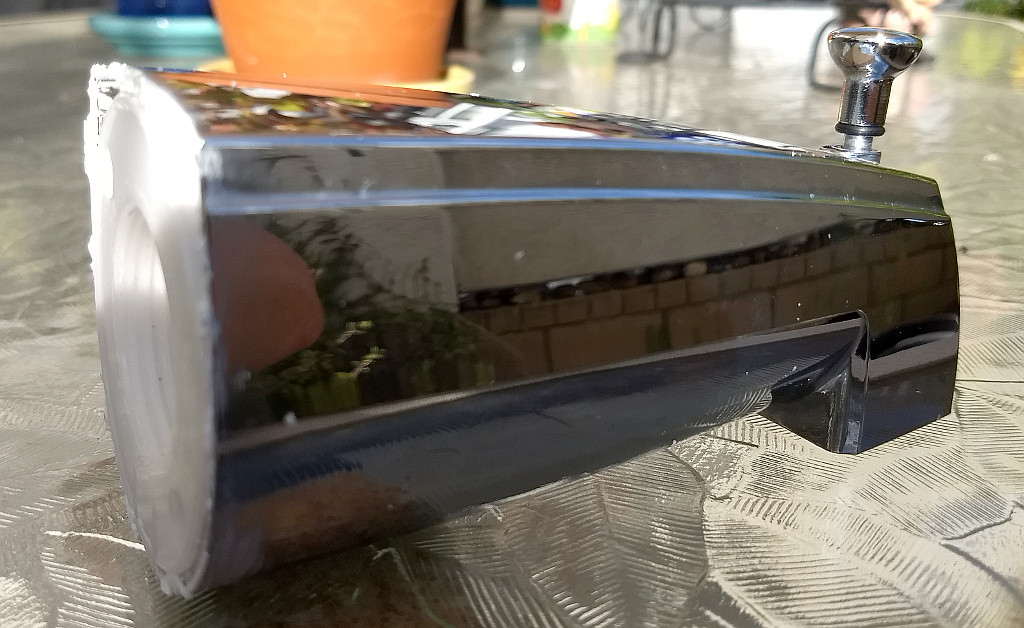 If I block the spout with my hand and try to blow air through it from the back (with the diverter off), I'd expect flow to be blocked. Instead, I can feel air escaping out of the holes in the back. 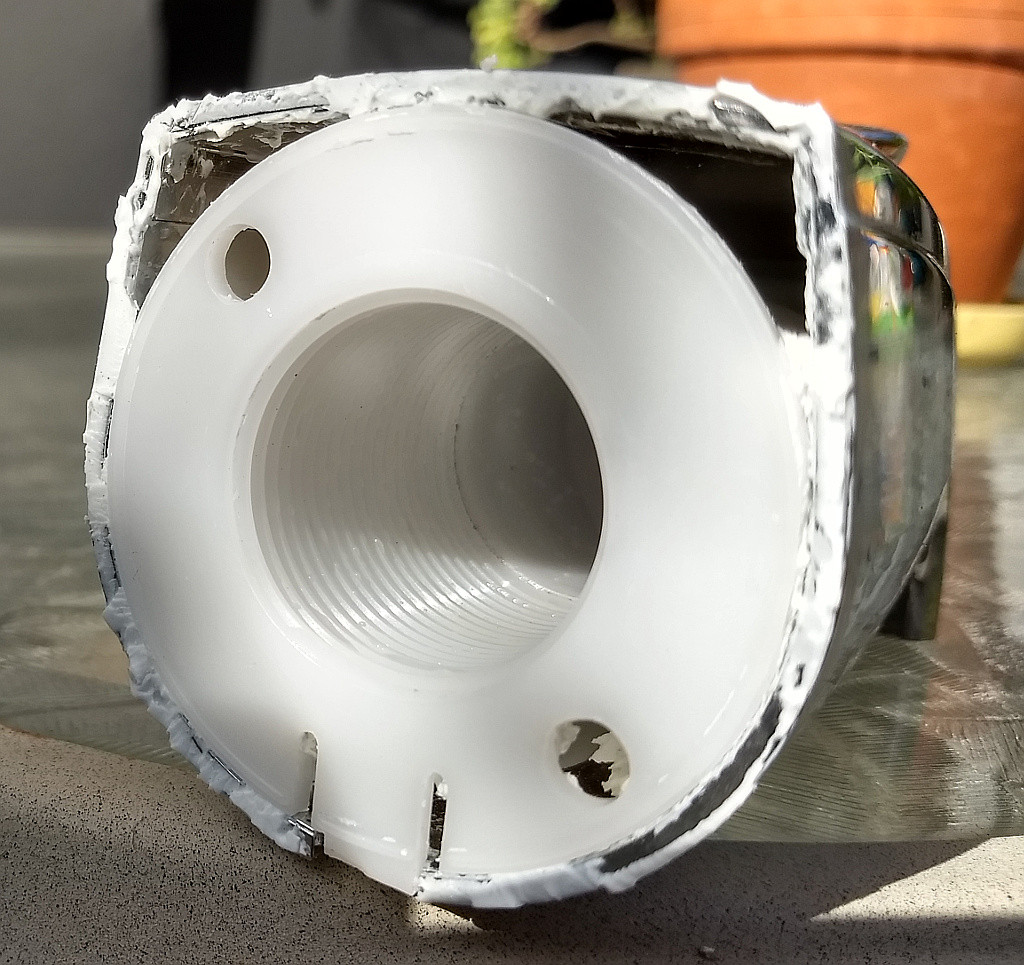 What puzzled me when I was installing this (there were no instructions) is that it doesn't seem to be designed to seal against the wall or prevent water from getting into the outer body of the spout.

Anyone know what I'm doing wrong? Any advice?

I need to finish this up so I can repair the drywall in the downstairs ceiling.

How do you know water it leaking back into the wall. I can't quite see from your pictures, did you uses plumbers tape between the copper threads and the new brass piece (three times around, in the direction of the threads)?

I've installed some of these spouts. They never have a set screw. Once the rubber seal is well inside the spout water shouldn't get back there, unless there is a leak between the copper and brass.

The diverter isn't air tight. When water hits the diverter it gets pushed tight making a water tight seal, your breathe can't push it enough to make that seal.

1
how to setup bathtub spout and shower head in separate locations
2
3 valve shower allowing flow to tub and shower
0
Shower Hot and Cold Reversed: Will this cause any damage to the system?
0
Minimum height requirement for shower head above tub spout diverter