Is the control wiring for my boiler reversed?

I've been diagramming my boiler wiring so that I can understand it before installing a Tekmar 256 external reset. What's been throwing me for a loop is that it looks as if the 24v common is being fed to the thermostat instead of the load. This is reversed right? Should I reverse the blue and green wires going into the transformer?

Note that there are 2 other zones not shown here, but they tie in similarly (thermostat gets the green and the taco 2 is attached to the blue). 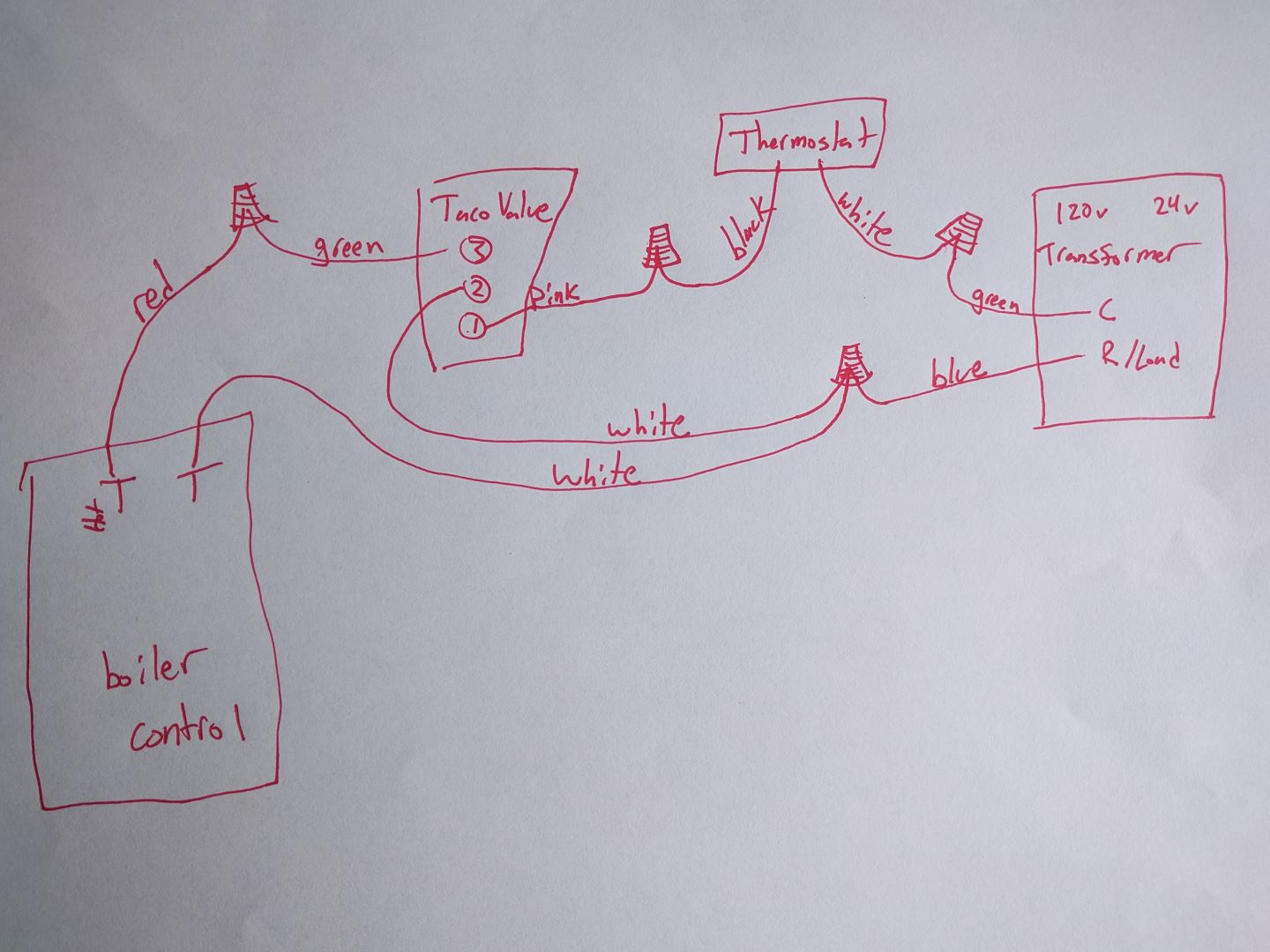 Yes, this is backwards -- while leaving it as is is mostly fine, swapping it won't hurt either

This is indeed backwards from the conventional way to wire things -- normally, the switching is all done in the R wire, and C is used as the transformer return. Putting the switching in the C wire, as the installers of your setup did, works, but has the undesirable side effect that grounding out the wiring from the zone valve to the thermostat or boiler control will cause things to turn on, as the C wire is usually grounded at the transformer secondary. Oops!

Swapping R and C at the transformer won't hurt anything either, though, and probably is a good idea because it's far harder to tell with electronic controls whether they want to be finicky about which wire is which -- older electromechanical controls never gave a toss, which is why it worked just fine for all these years. (My suspicion is that your new control won't be particularly picky, but I'm not a tech support guy at Tekmar, so I don't have any insider info.)

Not the answer you're looking for? Browse other questions tagged thermostat boiler transformer or ask your own question.

1
Where can I connect the C wire on the A/C side?
1
Why did I have to change the wiring to use a smart WiFi thermostat?
1
Where do I connect the C wire in my furnace?
0
ecobee3 thermostat on old 2-wire boiler
1
Finding the “C” Wire on old Honeywell L8048G Controller/Relay
0
Nest E thermostat on ancient 2-wire Bryant boiler system with 2 zonesq
2
Honeywell TH6320R1004 Wireless Thermostat with Two Transformers
1
New thermostat for hydronic heating, no wiring labels, 3 wires