I replaced my old florescent lights with LED. Turned the breaker on, light worked fine, however, the light switch will not turn the light off or on(constant on). Replaced the switch, same problem. It looks like a junction box on the ceiling, 3 black wires, 3 white wires and the ground. 3 black are hot(of course) 2 of the white are not but one white is hot. Any suggestions? Should I hook the hot white with the black? 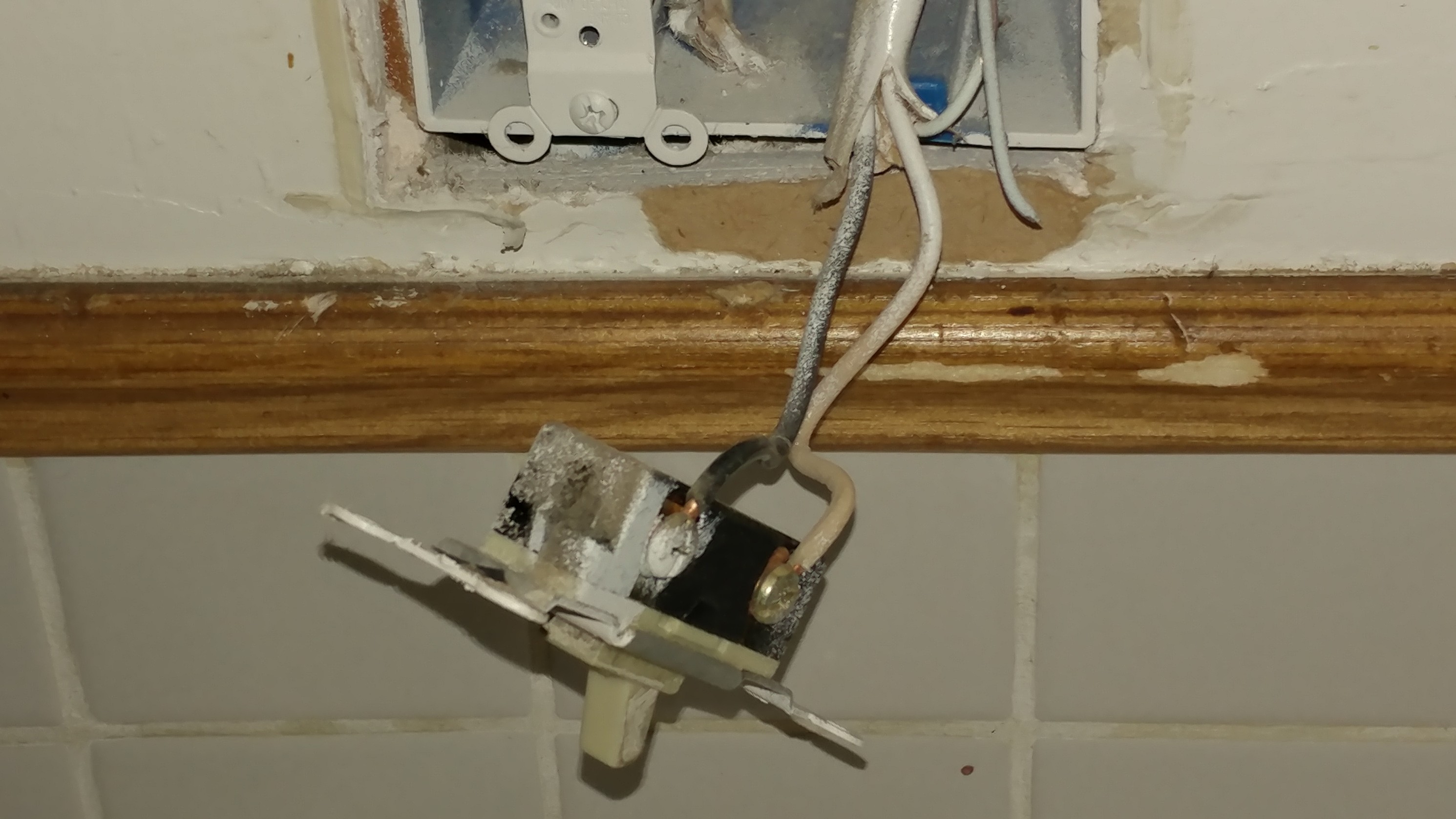 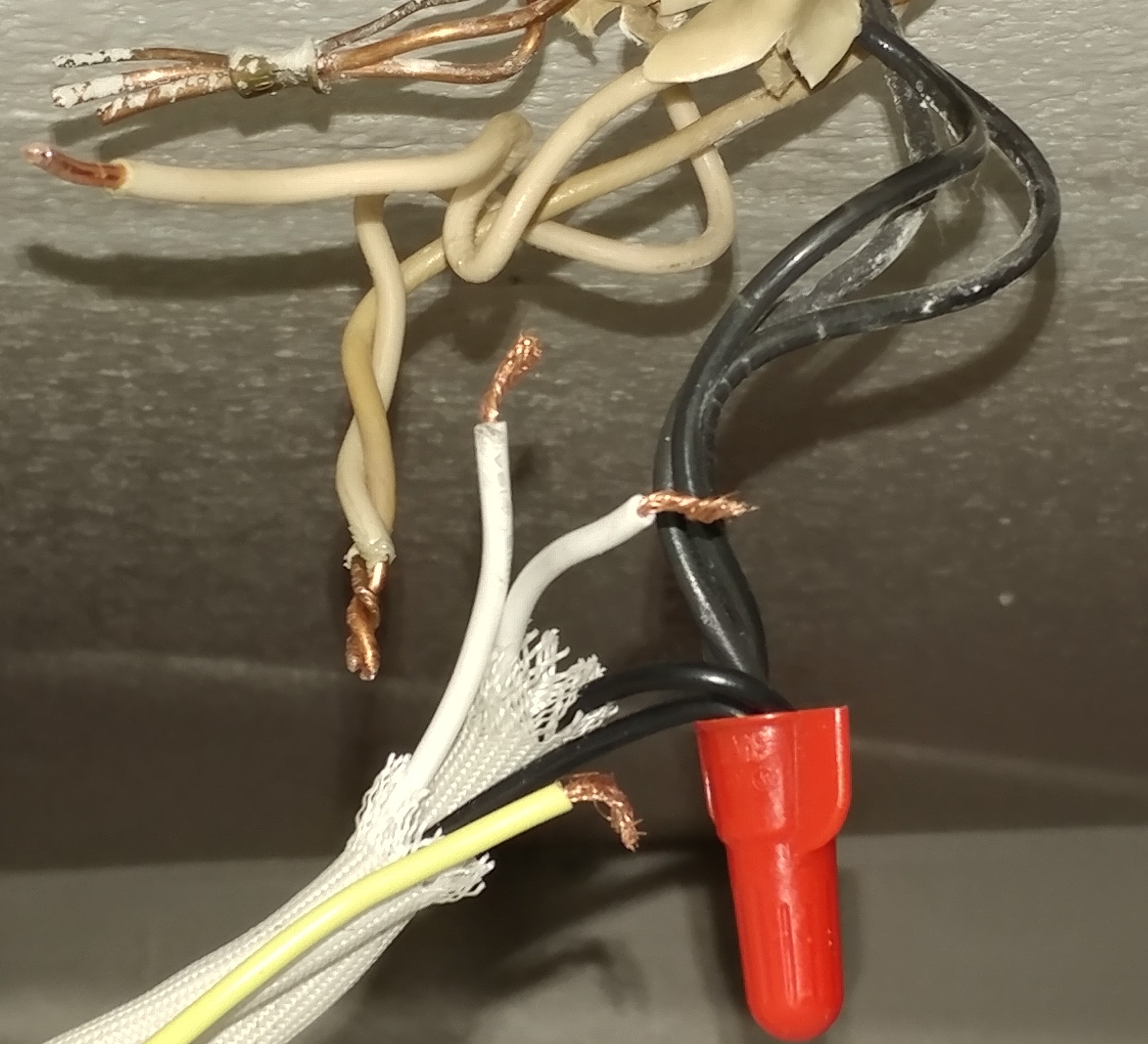 You have an old-style switch loop

A common wire-saving trick up until very recently was to use a /2 cable to run a switch loop, with one wire for the always-hot and the other for the switched-hot. This means that a white is used for a hot, though, which is why the NEC specifies that the hot white is supposed to be tagged with a wrap of black (or some other color than white, green, or grey) electrical tape. However, lazy installers often skipped that because it was "obvious", and the NEC gave them the latitude to do so up until recently.

So, grab some black (or better yet, red) electrical tape and wrap it around the solo white wire -- this connects to the fixture black wire, as it's the switched-hot. The fixture white wire connects to the bundled white wires, which are the neutral. Grounds connect together, of course (although you'll have to cut off the crimp used and replace it with a wirenut), and the existing bundle of black wires is not touched (as it's the always-hots -- your existing problem was caused by connecting the fixture black to the bundle of black wires).

Get some red electrical tape.

The wires all have functions. They also have colors, but the colors sometimes lie.

Your lamp goes to neutral and hot. If you want it to be controlled by the switch, wire the hot wire to switched-hot. Your call.

It looks like before you added the lamp wires, all 3 blacks did come together in a wirenut. Those appear to be always-hot. One comes from supply, one goes to the switch, and one goes off to power "something else".

The black going to the switch has a partner white. Since the switch either connects it to hot, or does not; that makes the white switched-hot. Confirm that with a meter or non-contact tester up at the ceiling box. Once you've found it, get some red electrical tape and mark both ends red.

The remaining white wires are actually neutral. One comes from supply, the other goes to the same "something else" as that extra black did.

The lamp wants hot and neutral. One of its wires is already white; done. The other black wire you probably want to go to switched-hot. So tape it red.

You know the way you assumed you just match up colors? Do that Now that we've recolored by function.

0
My dining room light will not turn on or off by the wall switch
0
Two hall lights not working with light switches
0
A light fixture with 2 white, 2 black wires, 1 copper. How do I connect this light fixture to a ceiling junction box? (See drawn diagram)
1
LED strips: Red lights can't be controlled
0
Recess light not working
0
electrical fixture replaced now lights dont go on/off
1
New light fixture won't turn off