Replacing a dryer that has a three prong hook up

The receptacle, with two hot wires and a ground as a neutral: 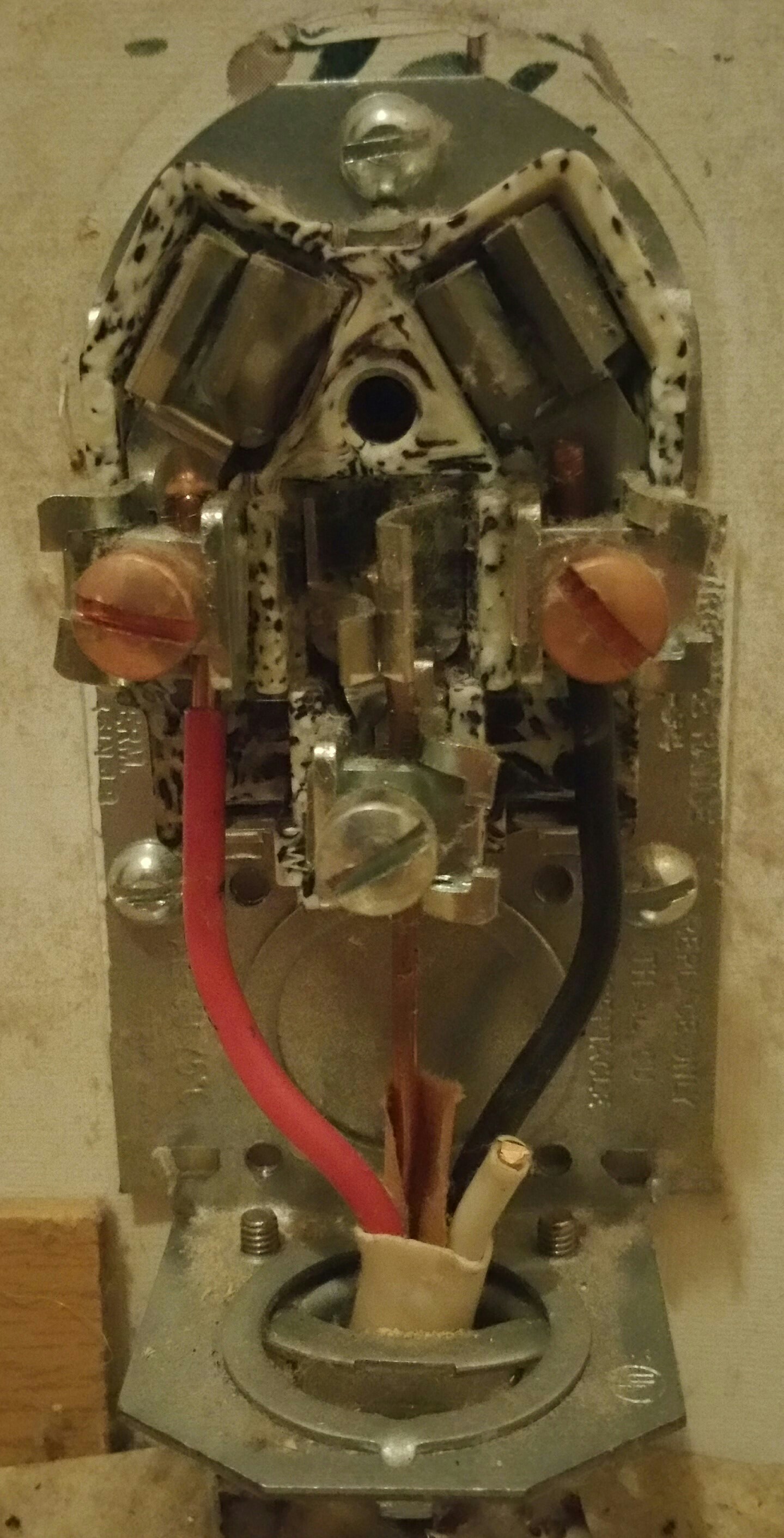 The breaker is in the main box. Wired normally.

Usually when you see these obsolete/dangerous NEMA 10 receptacles, they are this way because obsolete wire was used, and wire is hard to replace. However, if you look closely, it is modern wire with both neutral and ground. Clearly, the house originally had the modern, safe NEMA 14 type receptacle, and somebody got a used dryer with an obsolete NEMA 10 cord, and fit the NEMA 10 receptacle instead of a NEMA 14 cord.

When the NEMA 10 fails, it fails deadly, electrifying the chassis of the machine. It has a track record of killing people, although some deny this - the problem is, these accidents are typically miscategorized as miswired outlets (botched wiring) when in fact the wiring was correct and simply failed.

For safety, I would put it back to the modern, safe NEMA 14-30 receptacle and cord. Either pull some slack from that 4-wire cable, or lower the receptacle 2 inches so you can get use of that neutral wire.

When you fit the NEMA 14 cord, remember to remove the ground-neutral link on the dryer. Neutral should go to power terminals, ground should go to chassis, and they shouldn't be linked.

In answer to your question do not remove the ground from your appliance. The real question is does your dryer need a neutral? Look for the appliance nameplate it should say either 120/240V or 240V. The 120 indicates it is using a combination voltage and 120V needs a neutral. The 240V tells you it only needs a single voltage and does not need a neutral. Per NEC if it needs a neutral then you need to install a four prong receptacle and matching four prong appliance cord.

Not the answer you're looking for? Browse other questions tagged electrical receptacle dryer or ask your own question.

1
How to install 4-prong dryer in 3-prong receptacle with 4-wire cut ground?
2
Is it safe to substitute a 10-gauge wire for ground strap on dryer?
4
Dryer Outlet - 4 prong to 3 prong
3
Discovered 10/2 wired 3-prong receptacle for dryer. Is it ok to leave as is?
1
Can I retrofit a ground wire so I can install a 4 Prong outlet for my dryer?
2
Code requirements for moving 3 prong dryer outlet
2
I have 10/3 wire. Can I replace my 3 prong outlet with 4 prong for a dryer?
3
Ground a dryer converting to a 3-prong cord - manufacturer hardware missing
0
Replacing 2-prong outlet - existing wiring has two neutral wires, one hot?
2
When installing a 14-30R dryer receptacle, do I need an additional ground connection to the box?