Can I upgrade to a dimmer switch in my bathroom without using the ground conductor?

I'm installing a dimmer (and thus replacing the left switch in my bathroom) and from the four wall wires only the white and red attach to the left (light) switch and the bare wire (I'm assuming the ground) attaches to the right switch. They seem to operate independently as I can turn on the lights and/or the fan. The dimmer has a green ground wire that they say to attach to the ground however I do not have access to this wire as it is attached to the right switch.

Am I safe installing the dimmer using only the two wires that are attached to the left switch and leaving the ground unattached? 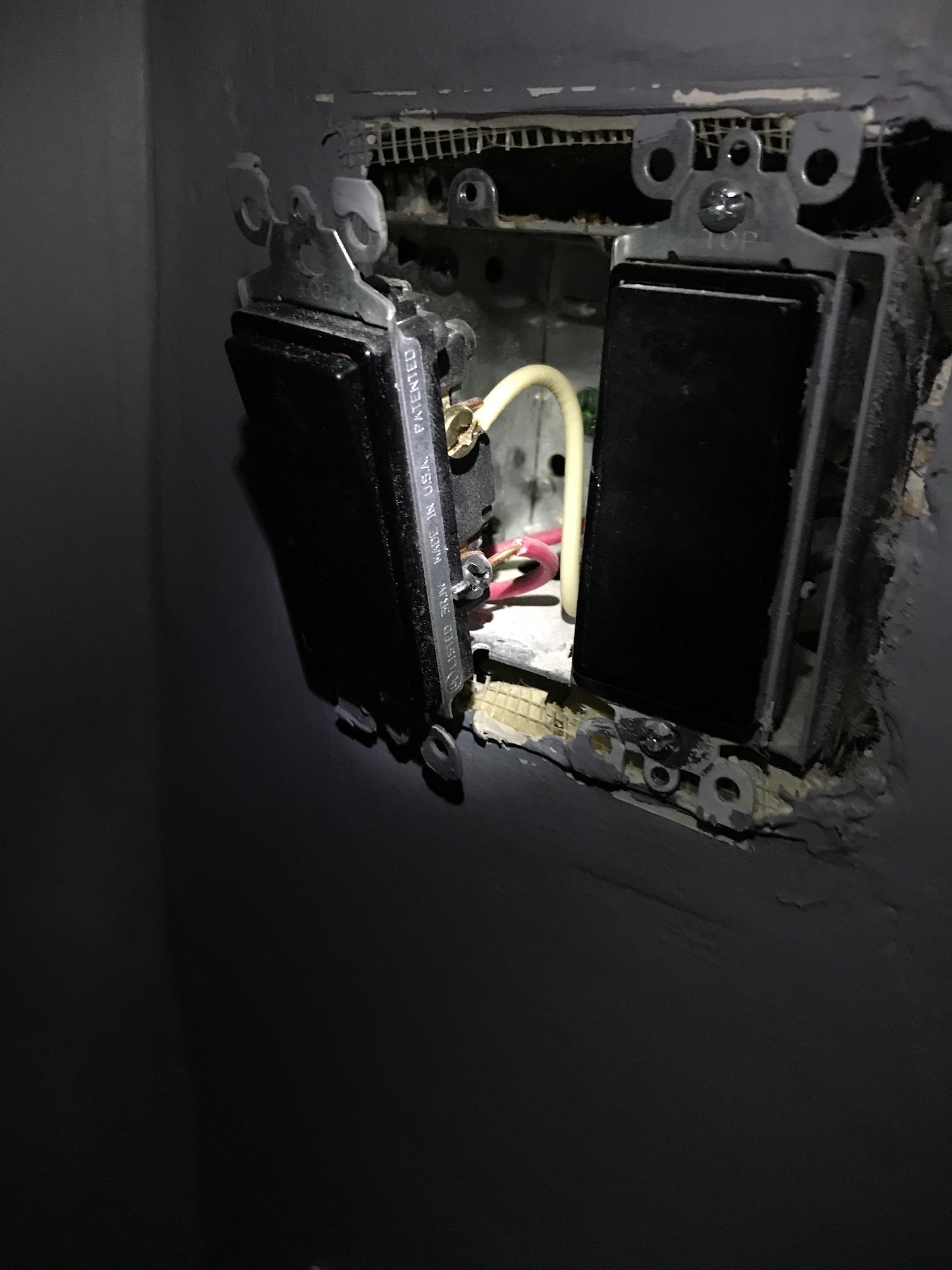 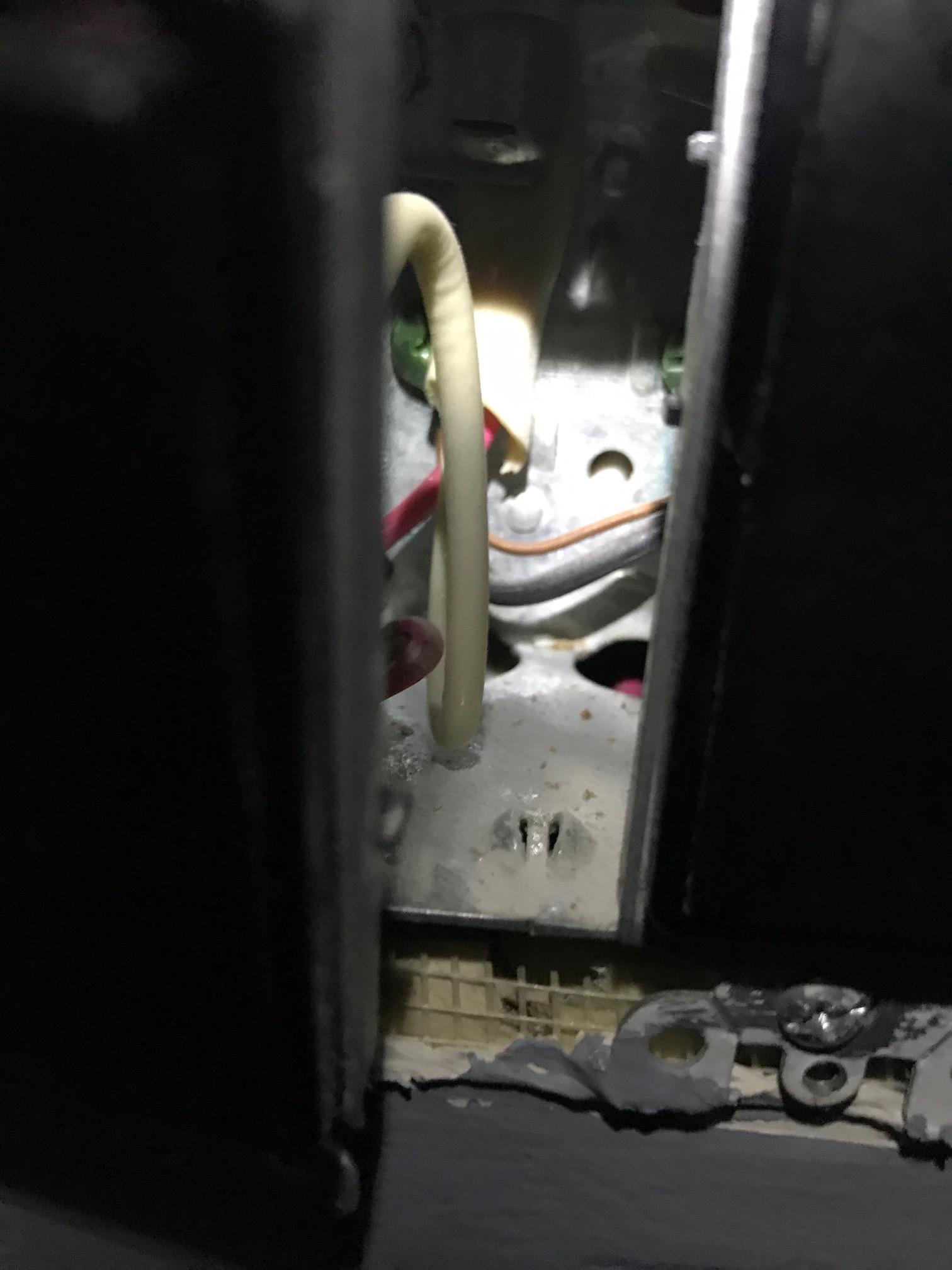 The ground, presuming it is actually electrically the grounding conductor and not being misused (illegally) as a neutral, should be pigtailed and connected to both switches.

However: it is difficult to see what the actual connections on the second switch (black/bare) are. If it is a functioning switch and only has the black and bare wires connected to it, then the bare wire must be a live wire in the switch loop. If this is true, then it is both illegal and dangerous to humans and must be fixed.

The fix depends on what is really going on in this box, which is still difficult to tell from the pictures.

You could, for instance, have a single circuit supplying switch loop current on one wire and feeding two different loads through the other two wires. This would be fine. You would just pigtail the incoming live wire to both switches, and pigtail the ground to both switches and to the box.

This is a metal box it should be grounded. When you attach the switch to the box it will be grounded in a code compliant way so no you don't have to tie the ground to the switch. I missed that one switch has the bare ground in use. This would be a code violation and dangerous to use the bare copper as part of a switch leg. It should have new wires pulled in that case.

Not the answer you're looking for? Browse other questions tagged bathroom switch light or ask your own question.

0
How should I attach the grounding conductor for a replacement switch?
0
Replacing light switch with dimmer - can't identify wire colours; no ground
2
How do I install this motion-sensing light switch?
0
How to wire a smart switch - 2 gang switch box?
1
Installing smart switches, instructions don't match my wiring?
0
Light switch doesn't turn off lights
2
Dual pole light switch w/ 2 live, 1 neutral-can I remove the tab?
0
3-way switch replacement mystery: can I solve it without a meter?
1
Help installing a dimmer switch in a 3-way