I have hit an obstacle in my quest to replace my light fixture. The current electrical box in the ceiling is a very old type as shown in the picture I attached.

How does one go about removing this? I have searched high and low, even looking for older products and their manuals but no luck as this box seems to be ancient. The screws don't seem to come off? No matter how much I try they seem to be stuck on purpose. There is also what looks like a brace holding the box. 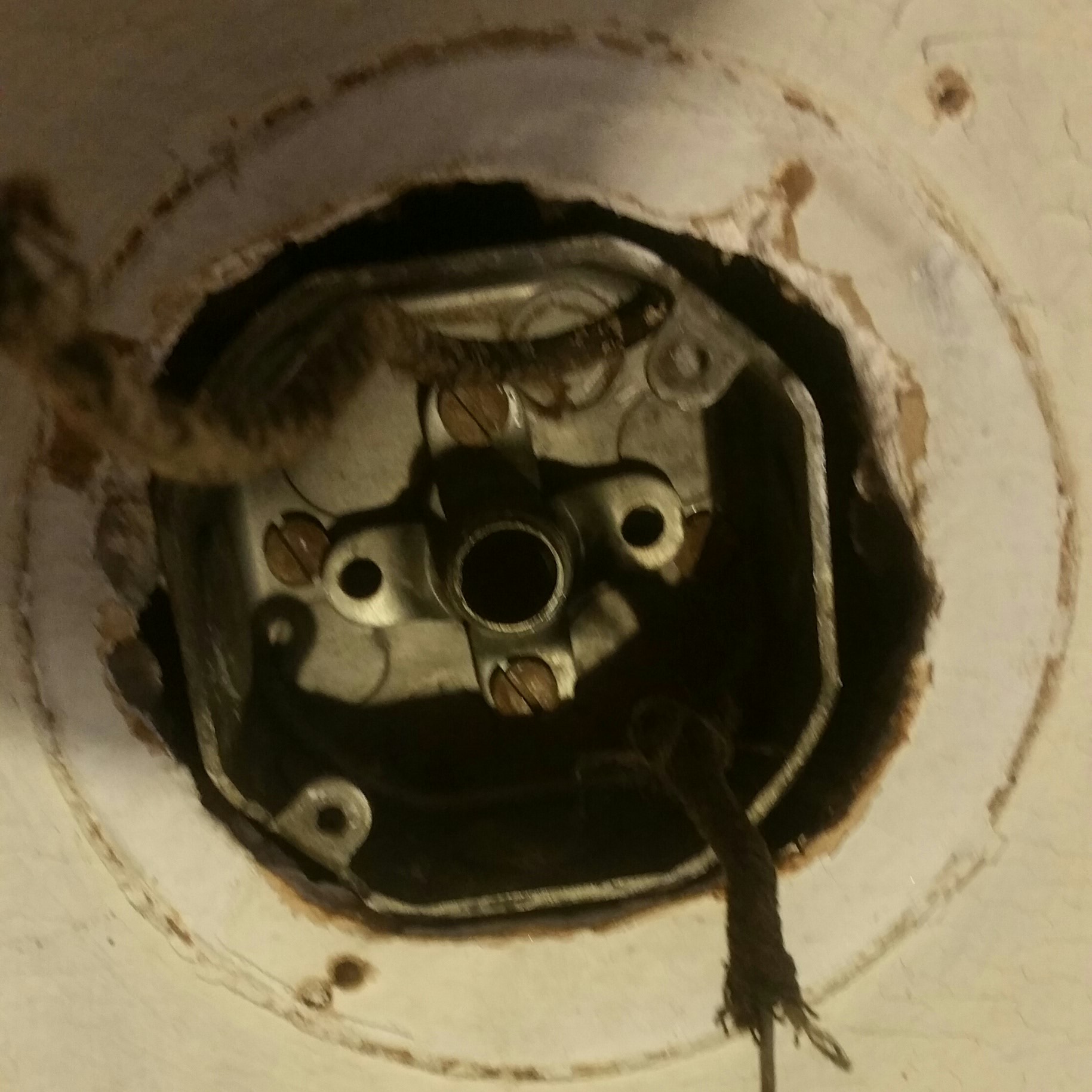 At least two of those screws look like wood screws. the other a machine screw. The machine screw probably has a nut on the other end that is spinning when you spin the screw.

In all three cases, try grabbing it (a screw) with a pair of needle nose or regular pliers, and pull down on it while you turn counterclockwise. See it it begins to unscrew. Sometimes you can us a flat bladed screwdriver to apply pressure against a screw while you unscrew it with the right screwdriver.

In either case, as you noted you are installing a fixture rated for a ceiling fan, you will most likely want to gain access to the area above, or open the ceiling a bit further to secure the new mount. (They typically have spikes you are supposed to hammer into the wood, and for good measure holes to make it permanent).

Also, that is obviously some old wire. Just curious, are you going to put in new romex to control the light and the fan separately if the unit you have supports that?

Hope this approach works for you.

6
Can I safely ground a light fixture if the ceiling box has two hot and one neutral wire (no ground wire)
3
How can I mount an electrical box to exterior foam board?
0
Remove old light box with a stud and nut anchor
8
Ceiling fan electrical box missing female screw holes
0
Options to Recess Google Home Within Wall
1
How to wire 4 nm into 2 separate light switches and 2 lights?
1
Installing smart switch in a double gang box with a switch loop (?) - everything in the same circuit - Montreal, Canada
0
How do I fix this crossed wiring situation?
3
installing ceiling fan on old pancake box