My toilet seat hinge busted, so I'm replacing the whole thing. It's a Duravit Starck 3 seat. I'm trying to remove the old hinges, which are screwed into plastic things that are a permanent part of the toilet itself (there's no way to get inside/underneath, new ones were not supplied). The problem is, as I turn the screws on the old hinges, the plastic things just rotate in the holes so I can't unscrew them. What should I do?

It looks like there should be a bolt with a hex-head that you unscrew using a spanner (wrench) to replace the hinge mounting (the hinge itself appears to be integral to the seat). 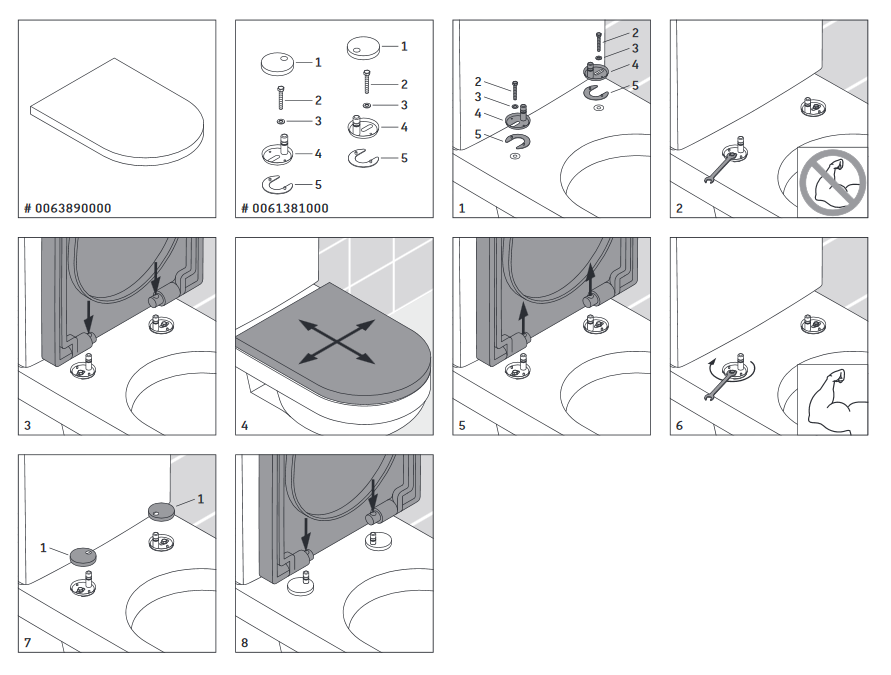 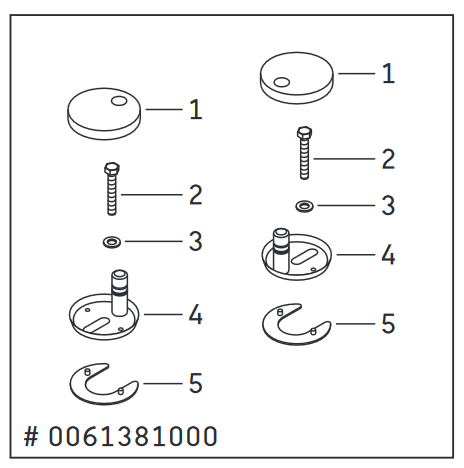 It's a designer toilet, designers tend to prioritise visuals over practicality.

If you put some pulling force under part 4 (e.g. lever with a screwdriver using a small dowel as a fulcrum) it might create enough friction on the (presumed) captive nut or insert to hold it in place while you unscrew the bolt.

Finally removed the screw from my Duravit toilet as suggested by @RedGrittyBrick (kudos to him) using the back of a claw hammer, a rolled toilet roll cardboard cilinder as fulcrum and to avoid damaging the porcelain and quite a lot of brute force. 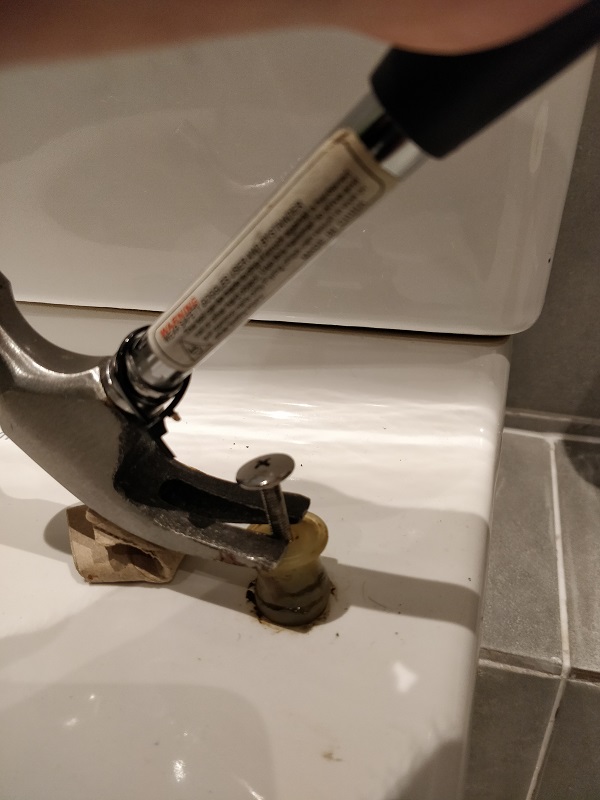 2
Why is there a drip after I replaced toilet innards?
1
How can I replace the seat on my wall-mounted toilet
5
How hard is it to replace a broken-off toilet seat?
2
How do I find the valves on a toilet with hidden pipes?
3
How to make a toilet seat hinge more stiff?
18
How to remove screws from old decking
1
Remove Tight Decking Screws
1
How to remove stuck locknut from porcelain toilet?
0
Mounting screws into thin plastic decoration