I am trying to put some anchors into the drywall so I have something to bracket a bookcase to. They don't have to hold much weight, just stop it from swaying during an earthquake.

I've tried several spots, and whatever I use (nail, drill) goes through the drywall at the rate you'd expect, and then after about 3/4", BAM, hits a sudden resistance.

Since I've already mapped out the studs I'm not sure what I'm hitting here...

Below is what I know: 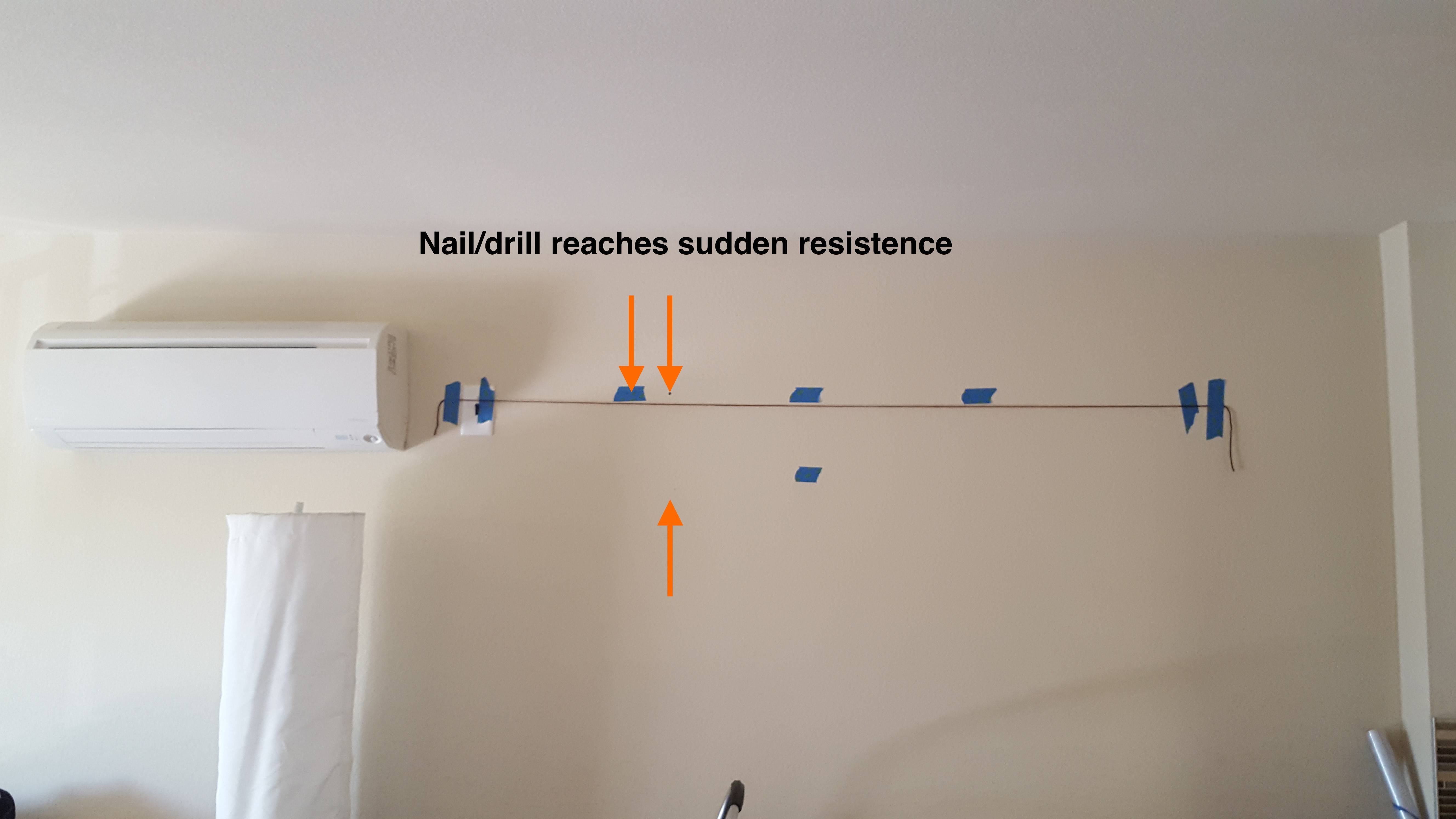 As it turns out, the reason all holes in this wall were running into something beyond the drywall is soundproofing.

The back of the drywall is laminated with another wood-like material to reduce sound-transfer since another apartment shares this wall.

It is safe to drill through, and beyond it is the normal insulation-filled void you would expect.

Can make studfinders have difficulties though.

It's possible you are hitting a nailer plate that protects the plumbing or electrical in that spot. If you drill through it you could be in for a surprise and an expensive repair bill.

Try further to the right or between the other two studs to see if you can get through easily with a finish nail like in your pictures.

Not the answer you're looking for? Browse other questions tagged drywall drywall-anchor or ask your own question.

2
How do I anchor wall-mount hooks to studs if the mounting points need specific spacing?
0
How can I avoid hitting wood when cutting through drywall?
0
Poorly installed drywall anchors (by me)
0
How to detect concrete or brick behind plasterboard
1
How can I anchor to a 1" thick hollow wall with a very shallow cavity?
1
Mounting a pull-up bar on drywall and metal studs?
0
Drywall anchor can't fully penetrate drywall
1
What kind of wall do I have, and do I need anchors?
0
Concrete column/structure behind drywall