Is it permissible to install a low-voltage fixture over an existing ceiling box?

I inherited an installation of several wired AC smoke detectors. They're three-wire units (AC hot/neutral, plus an interconnect wire). At some point a previous installer removed one of the detectors, kept the wires in the ceiling box joined to prevent interruption to the other detectors, and replaced the unit with a 2-wire 12 VDC smoke detector monitored by an alarm panel: 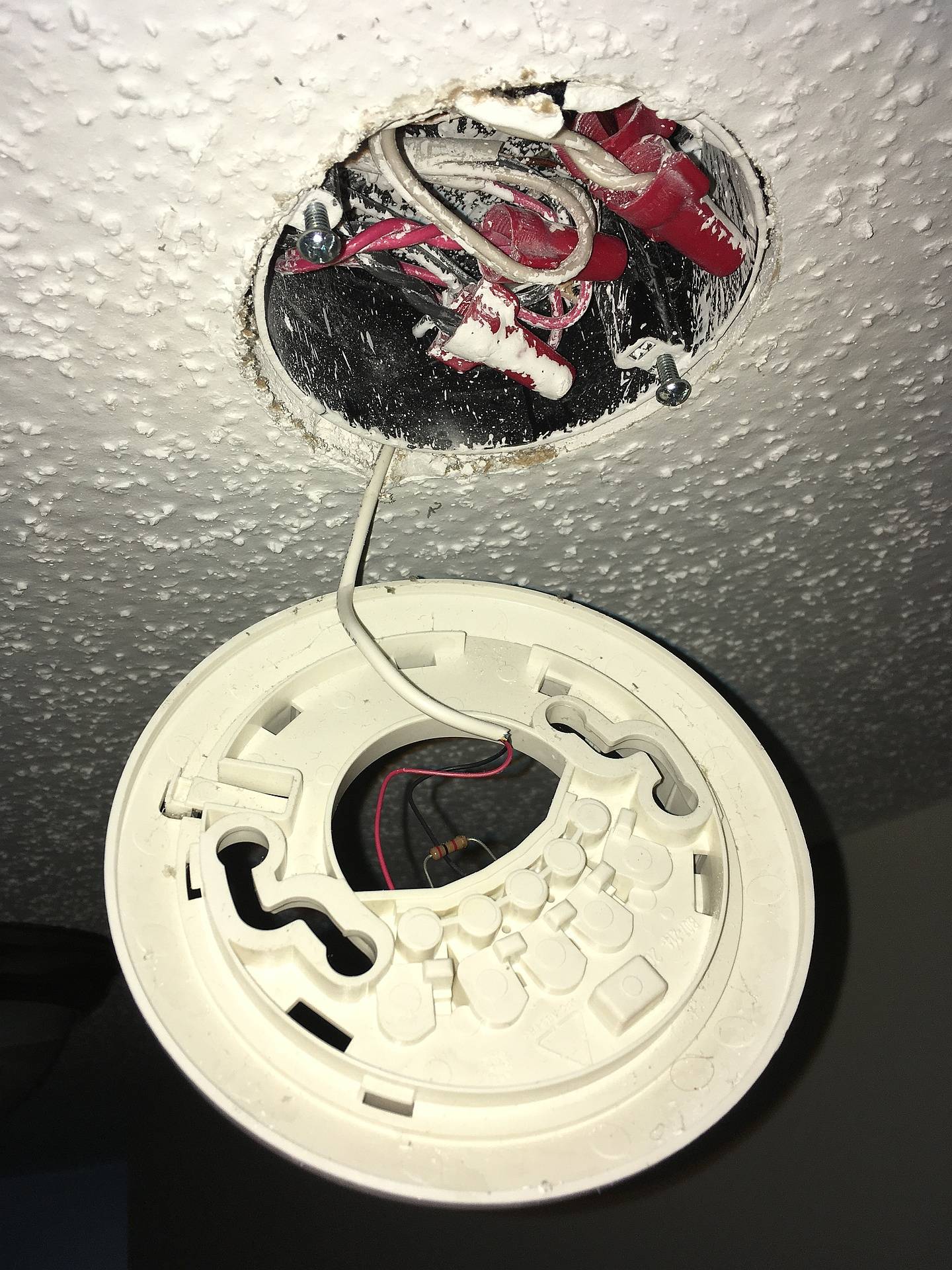 The wires inside the ceiling box are live. The 12V wire goes around the outside of the box directly into the attic -- the DC and AC lines aren't technically in the same box. However they are in front of each other, and I'm not sure if they're too close.

Per the NEC, is there any violation here? The safest thing I can think to do is put a round cover over the box, move the 12 VDC wire a foot or two over, and install the detector in its own separate spot.

All you need here is some insulating means to separate the 120V circuit from the 12V circuit -- while they don't make box barriers in the configuration you're after, a non-metallic cover plate of the appropriate size will do just as well provided you can route the cable around it. You'll need to use slightly longer screws than what came in the box, though, as you'll have to mount the smoke detector base through the cover plate holes and into the box mounting holes.

Per NEC there should be a partition between the 120v and the 12v since the insulation is not the same voltage rating but that's the only violation that I know about.

The low voltage wires are already outside the junction box. All you need to do is cover the box.

They make steel junction box covers (intended for steel octagon boxes, but they have the same bolt pattern). Get ones that are round, not octagon. They are so thin they won't make the detector stick out noticeably or need longer screws.

Generally they slot over the screws. Fit them and leave the screws still loose enough to fit the smoke detector also. Just be careful not to dislodge the steel plate when you fit the detector.

Not the answer you're looking for? Browse other questions tagged electrical wiring low-voltage smoke-detectors or ask your own question.