How do I wire a new ceiling fan to the wiring in the picture? 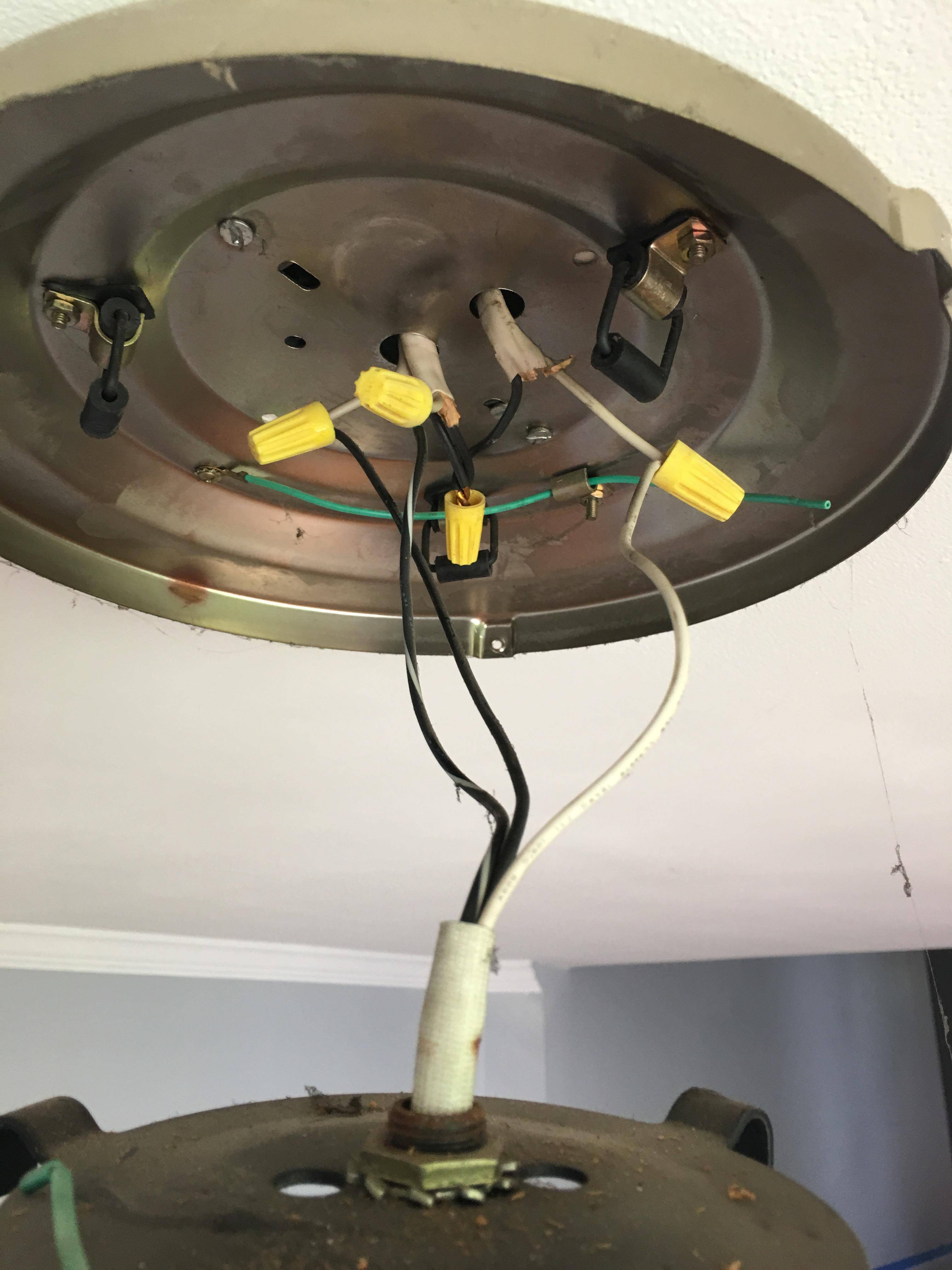 You get some colored tape. You see the left white wire, the one spliced to the black wire; just below the wirenut you wrap it 3-4 times with red tape.

You see the right white wire, the one the one nutted with the black/white wire... you wrap it 3-4 times with some blue tape.

When you mark a wire like that, that becomes its new color.

Now you can think about which switches you want operating the light, and which the fan. From here it's fairly obvious: connect the "hot" wire for the light, to the color of wire corresponding to that switch. Do the same with the fan.

Not the answer you're looking for? Browse other questions tagged wiring ceiling-fan old-house or ask your own question.